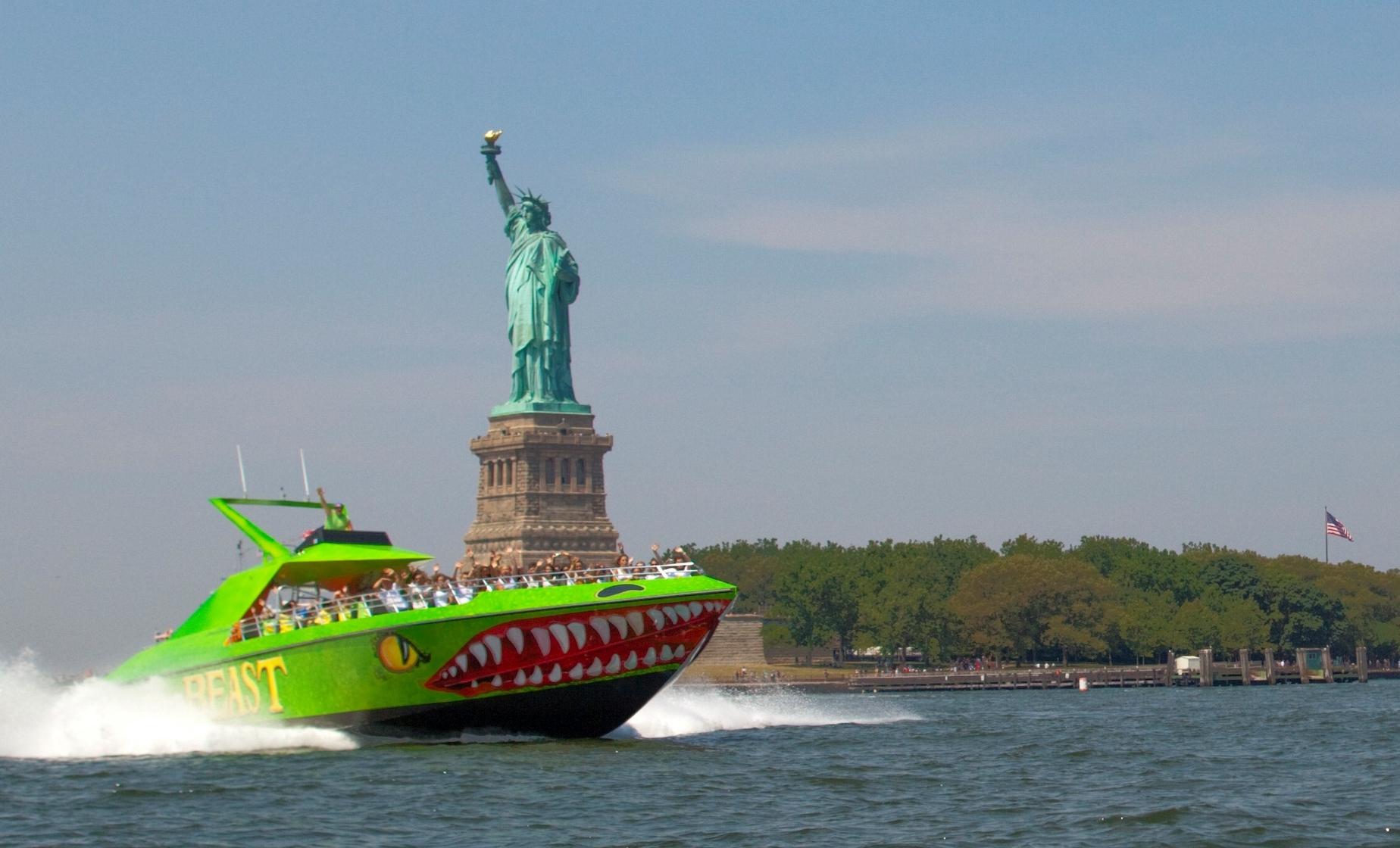 Jump on board and hold on! This incredible trip around the southern end of Manhattan will have you on the edge of your seat. Tour New York City in style on a speedboat ride that will be get your heart racing.

The New York Beast speedboat zooms up to 45 mph on its way to the Statue of Liberty. No other New York City sightseeing cruise can compare to the 70 foot offshore racing powerboat on its quest for adventure. Your lightning-fast ride will take you down and around Manhattan from 42nd street to see Lady Liberty herself. On your way, you'll see The Hoboken Terminal, the Goldman Sachs Tower, Chelsea Piers, the World Financial Center, Museum of Jewish Heritage, Castle Clinton, Ellis Island, Governors Island, and tons of interesting and beautiful buildings that form the skyline of New York City. Your cruise takes you flying along the water to the base of the Statue of Liberty. A gift from the French, Lady Liberty was dedicated in 1886 and remains a favorite for tourists and a symbol of the great city of New York. This speedboat tour will zoom down the East River straight to her feet, where you can catch a great shot of this lovely Lady.

If you're looking for fun on the water, there's no better way to see the Statue of Liberty than on this cruise that takes you there with speed and style. Hop on the New York City Beast speedboat and leave the other cruises in your wake. Tour New York City the fast and furious way; take a trip on the Beast, and you'll never forget it.

Shore Excursion Departs From
Downtown Manhattan. (Full details will be provided in your electronic ticket upon confirmation.)

Recommended Dress
We recommend weather-appropriate, comfortable clothing and shoes that can get wet. Loose items such as hats and sunglasses are not recommended.

Restrictions
This tour accommodates groups of 15 passengers or more. Passengers must be at least 3'3" (or 102 cm) tall to participate. Children must be able to sit in their own seat without assistance. Guests with heart conditions, back injuries, or who are pregnant are not permitted on the tour.