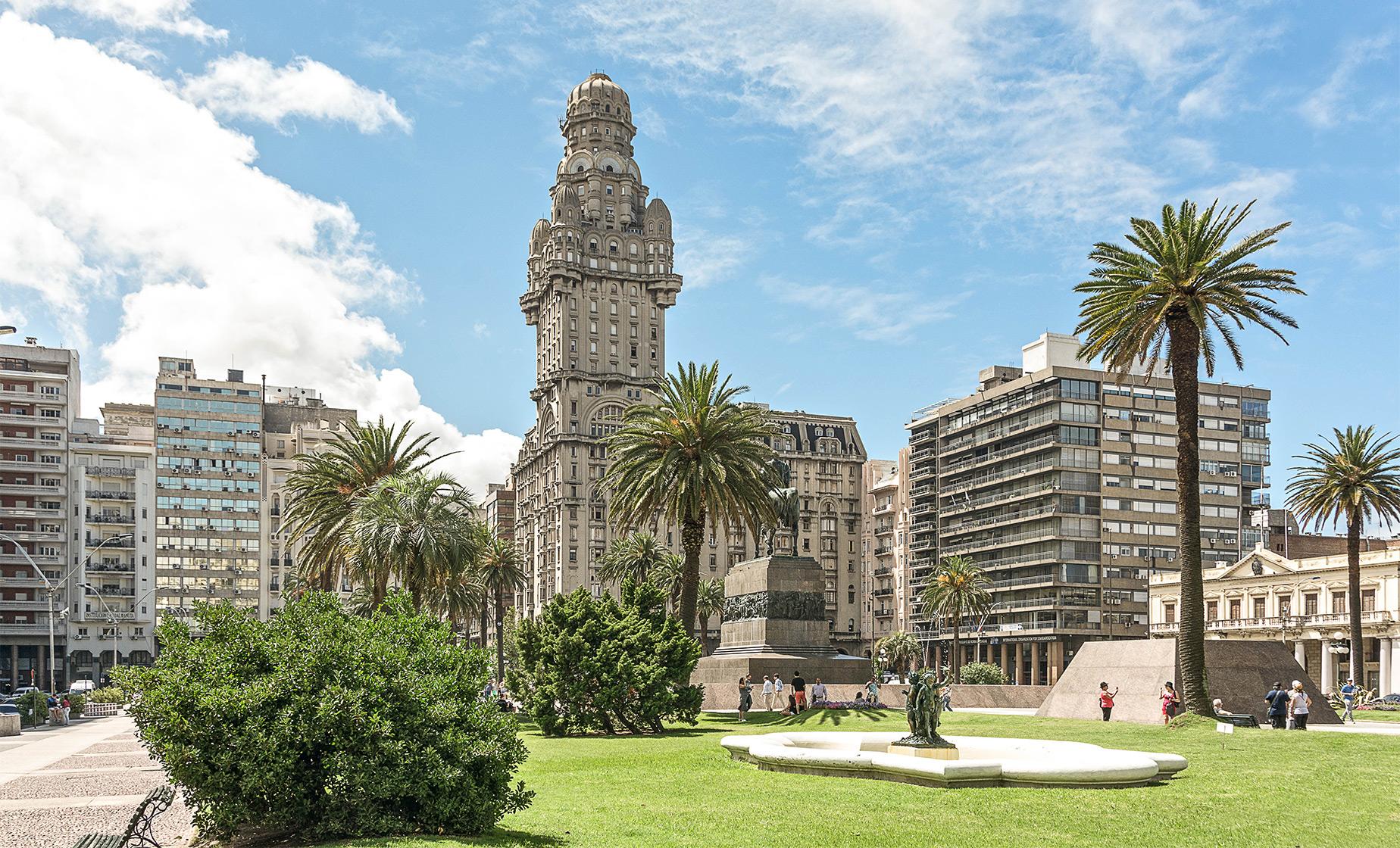 Your tour begins when you meet your professional guide at the pier and climb aboard our air-conditioned vehicle. Your first stop will be historic Old Town. Until 1829, a wall that protected it from possible invasions surrounded Old Town. After the wall was torn down, the only part that was kept was its gateway, which remains an emblem of this part of town. Old Town has the most beautiful buildings from the Colonial era and the first decades of independence. The Cabildo (built in 1812), the Solís Theatre, the Metropolitan Cathedral and several museums, like the Museo Torres García, are among the most impressive ones. Several design shops and recycled loft floors flourish in the streets near the port.

Next you will visit Port Market. The market was completed in 1885 and is a must for the tourist who arrives in Montevideo, whether for its traditional foods or to view the historic culture of the city. While there you may see several talented los guitarreros viejos (the old guitarists) playing folk music that's lasted for centuries, all for the few coins that people donate.

Departing the Old Market, you will next see Independence Square. Located at the border of the Old City and the new city center, Independence Square is the heart of the city, and is surrounded by an interesting array of architectural styles. From the square you will see the statue and mausoleum of General Artigas (considered the father of Uruguay), the Ciudadela gate, and the Palacio Estévez (the former Presidential palace). You will also see Parliament Palace. The palace houses Uruguay's parliament in a very impressive Neo-Classical building, completed in 1925.

Next you will visit the romantic neighborhood "Prado." This residential neighborhood is home to impressive mansions on tree-lined streets built in the early 20th century. Nearby, you will see Cerro de Montevideo, a beautiful green park with several impressive monuments.

You will also visit Carrasco. Located on the city's southeast coast, this neighborhood was originally an elegant seaside resort. However, it eventually became the city's most exclusive bedroom community. Carrasco is regarded as one of the most expensive neighborhoods in Montevideo, and features a wide range of architectural styles.

Departing Carrasco you will visit famous Rambla, the avenue that goes all along the coastline of Montevideo and features a string of beautiful beaches. This area provides a great environment for jogging, walking, biking, fishing, or just relaxing in the sun.

Departing Rambla you will be returned to your ship.

4.5 / 5  |  81 ReviewsReview This Tour
A good overview
We took advantage of this tour from our cruise ship. The directions for meeting this tour were clear and accurate with flexible options of returning to the cruise port or being dropped off in locations in town. Our guide spoke excellent English and provided us with a very good overview of Montevideo
Reviewer: Nancy

Informative tour
This tour is basically a drive around Montevideo. The day we did it, there was a political presentation so they had to modify it as we couldn't go to the main area of town. Still, in doing so, the tour was good and showed us the highlights of the area.
Reviewer: DEBRA DENT

good
Victor is young but he did his best to entertain us, brought us to local vendors to shop, to beaches to take pictures. We wished he would expand his knowledge about the country, history, geography, etc.
Reviewer: Bea & Kit Ng

Montevideo Highlights
The sightseeing tour of Montevideo was excellent. Our guide was entertaining and full of knowledge of the city. She took us to amazing viewpoints, and gave us a great sense of the culture and important historical buildings of the people of Motevideo. Definitely worth the time to take this tour.
Reviewer: William

Great Tour Montevideo
Excellent guide. Pleased that we were able to get off the bus on a few occasions to examine the sites up close. Wonderful overview of the city.
Reviewer: Dale Peters