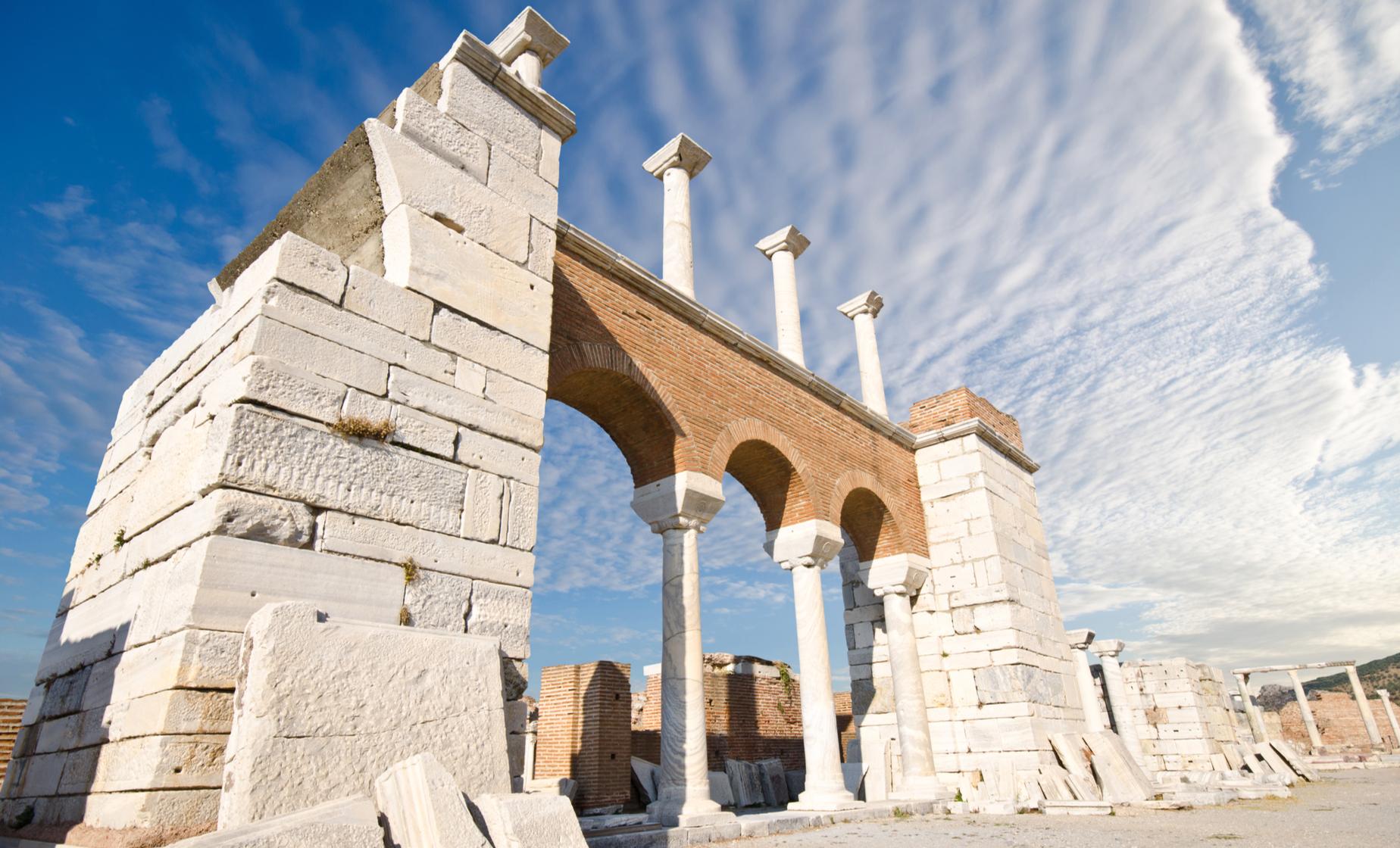 Review This Tour
From $119.00/person to $339.00/person (Select "Individuals" below) Price varies based on number of individuals in your group
Choose Options My Cruise Itinerary
Summary
Shore Excursion Size

Cruise Ship Pier
Food/Beverage Provided Lunch
Recommended Dress Comfortable clothing and and sensible walking shoes are recommended. Sun glasses and sunscreen are suggested.
Restrictions Walking at Ephesus is over packed dirt, cobblestone and rock pavements. Many of these are uneven. Steps are required at various points throughout the city. The basilica is reached by a steep walk up a paved and packed dirt path

After meeting your specially trained professional guide on the Kusadasi pier, you will set out for your private Ephesus shore excursion. Of all the ancient cities mentioned in the New Testament that were visited by St. Paul, Ephesus is the only one that was also addressed in the Book of Revelation.

Near the north gate is the Tomb of St. Luke. It is thought to be the foundation of an ancient temple that was later converted into a church. A bull's head carved in the doorjamb once led people to believe that this was the tomb of St. Luke since the bull's head was an ancient symbol for him. Although it is not clear if he ever visited Ephesus in person, certainly his influence did.

Visit the Great Theater, where Paul preached that gods made by human hands are not gods at all (Acts 19:26). This led to many of the citizens rising up violently. You will see the Temple of Serapis, built for Egyptian travelers in 2 A.D.; it was later converted into a church dedicated to St. John.

St. Paul returned to Ephesus in 40 A.D. with the Virgin Mary. It is believed that they both lived here until their deaths. Before leaving the city, you will walk to the area that was once the harbor. Here, you will view the remains of The Church of Mary, an ancient Christian cathedral dedicated to the Virgin Mary. It is believed that this is where Mary prayed during her final years. The same church is also known as one of the Seven Churches of the Apocalypse mentioned in Revelations.

After exploring all the fascinating Biblical sites, your private Ephesus shore excursion includes lunch at a nearby restaurant, where you will enjoy many local favorites.

After lunch, you will pass the one lone pillar that is all that remains of The Temple of Artemis (550 B. C. - 401 A. D.), one of the Seven Wonders of the Ancient World. The final stop is at the Basilica of St. John. It is generally agreed that he died in the area of Ephesus of natural causes around 100 A.D. and was buried on Ayasuluk hill under a simple marker. In the 4th century, a modest Christian church was built over the grave. In the 6th century, Emperor Justinian had an impressive domed basilica built to replace the earlier church. The church, known as the Church of St. John the Theologian, was one of the most sacred sites in the Middle Ages, and thousands made the pilgrimage here. With the decline in the importance of Ephesus and the destruction from Arab raids in the 11th century, the basilica fell into ruins and was even converted into a mosque around 1330 A. D. After further destruction, the building became a source of building materials until restoration began in the last century. If the cathedral could be rebuilt, it would be the seventh-largest in the world.

During the drive back to town, you will see what may have been the hillside prison Paul was kept in after the riot at the theater.

If time allows, upon returning to the town of Kusadasi, guests will have the option to end their tour in the shopping area where they can attend a Turkish carpet explanation and shopping, explore the shops filled with jewelry, carpets, leatherware, and copper goods, or both. Turkish salespeople expect you to haggle and quite often you can get 10-15% off the listed price. Treat it as an adventure. The cruise pier is a 5-10 minute walk from the main shopping area.