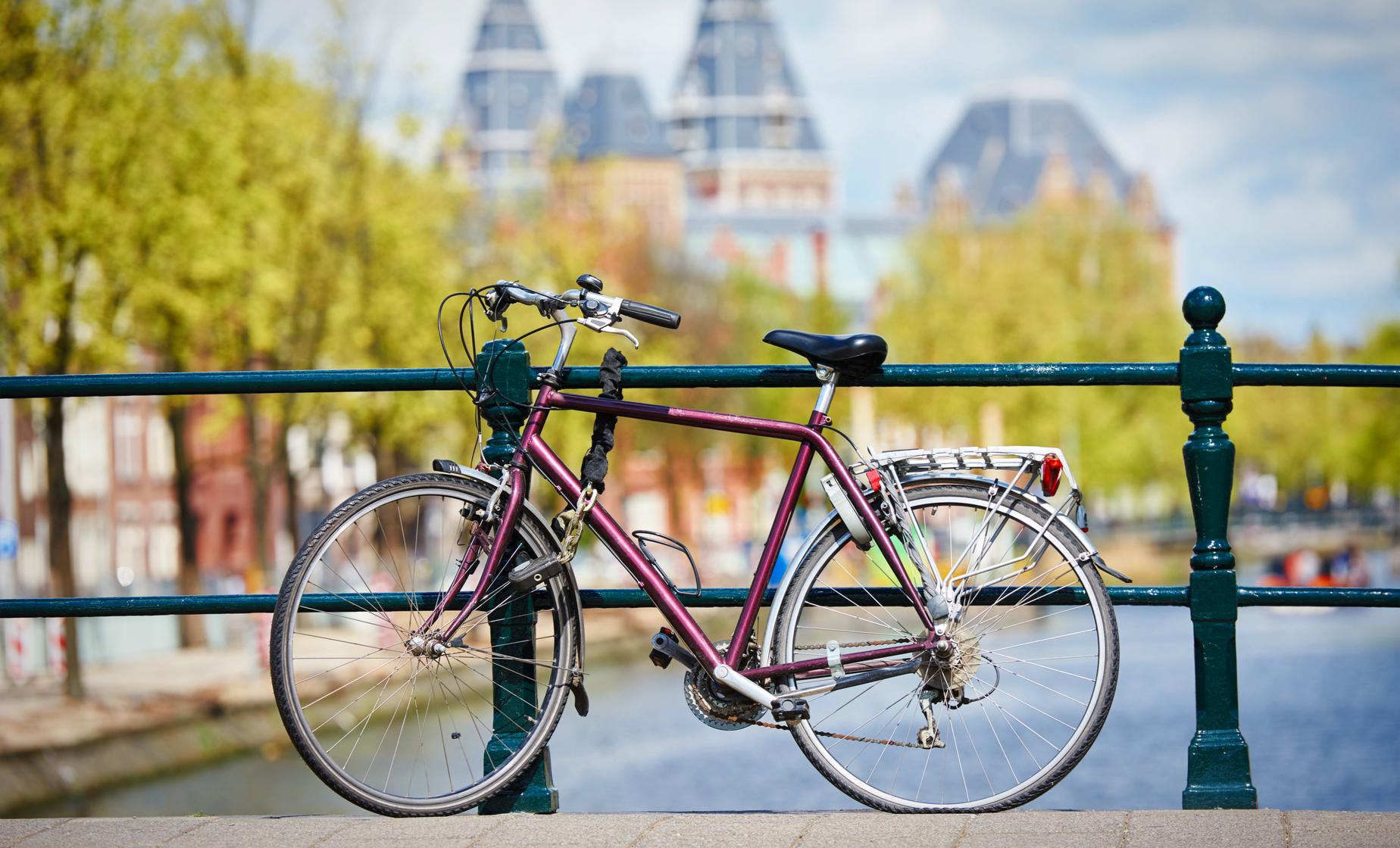 An approximately 20 minute taxi (not included, approximately 15 EUR each way) is required to reach your departure location.
Food/Beverage Provided Not Included
Recommended Dress We recommend comfortable clothing and shoes for cycling. Guests should dress according to the weather.
Restrictions Children must be at least 12 years of age to attend the tour. A maximum of 12 people is permitted on this tour. Guests should have a general knowledge of bike riding, and feel comfortable doing so.

See Amsterdam's amazing sights up close on this Amsterdam bike tour that takes you around the city's center and beyond. As you make your way around town on bike, your tour guide will tell you how Amsterdam evolved from a small farming community into the majestic city it is today. Discover the city's diverse neighborhoods and visit some attractions off-the-beaten path as you travel around town the way the Dutch prefer, on two wheels.

There are just a handful of destinations in the world that were built for biking, and it's very fair to say that Amsterdam is definitely one of them! Join this quirky Amsterdam bike tour that gets you on the city's most beloved form of transportation accompanied by stories and tales from the city's past and present. You'll feel like a true Amsterdammer in no time!

You'll begin your Amsterdam tour by meeting with your local guide in the city center and hopping on a Dutch back-pedal bike. Your Amsterdam bike tour adventure is inspired by Pete Jordan's "In the City of Bikes," a tale of bike culture in the city throughout history, which lends an intriguing narrative to the day's adventure.

You'll weave your way through Amsterdam's history and growth by starting out downtown and then making your way out to the northern dijks (dykes). Along the way you'll hit up historical sites in the financial district and get an up close look at the city's defences, learning how windmills, canals, and walls helped build this nation and its people.

The sheer volume of bikes and cyclists in Amsterdam will be apparent throughout your tour, from a waterfront stop that's home to no less than 500 bikes parked in stalls to thrilling infamous intersections where at least 30 bikes of all shapes and sizes whiz by every minute!

By the time you're done, this Amsterdam bike tour will have you cycling and feeling just like a local.

5.0 / 5  |  1 ReviewReview This Tour
Fabulous Way To See Amsterdam
biking amsterdam was the best way to navigate and see the city. We were able to cover quite an extensive area (close to 9 miles)therefore getting a real feel for the city and it's people. we were very pleased with our guide, sean, who was extremely knowledgeable about the history of the city & it's people. we think that biking in amsterdam was definitely the way to experience amsterdam the way the locals do.
Reviewer: traveling ranchers