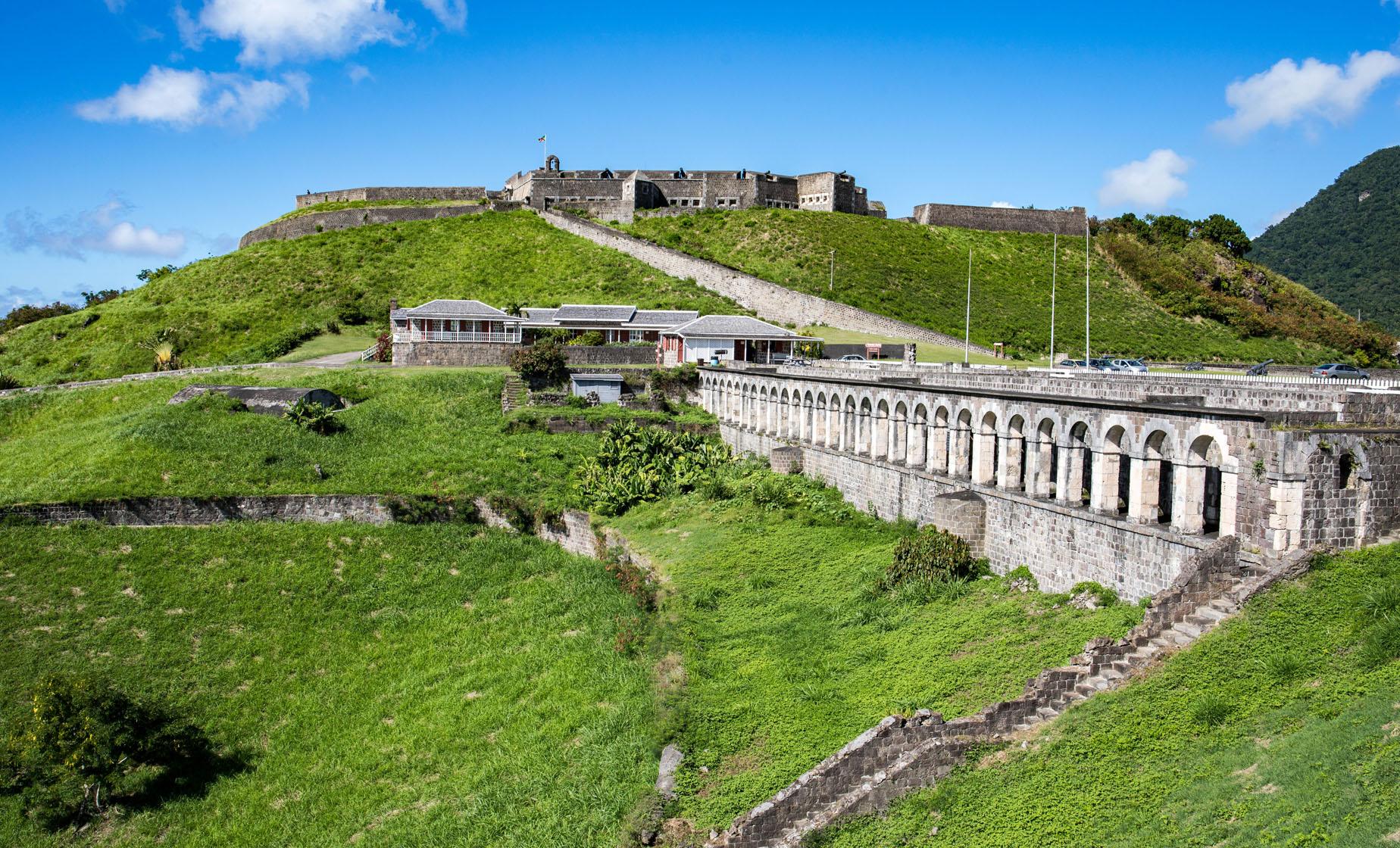 An approximately 5 minute walk from the cruise ship pier.
Food/Beverage Provided Water
Recommended Dress We recommend wearing comfortable, weather-appropriate clothing, a hat, sunglasses, running shoes and sunscreen.
Restrictions Customers must be able to get in and out of the travel van.

The lush tropical landscape is complemented by the Georgian architecture in Basseterre. Your guide will collect you from the pier, driving to Independence Square (formerly Pall Mall Square). Since 1750, it has been the center of government and business. In fact, as you will hear on your St. Kitts tour, African slaves were housed nearby and traded in the square until it was outlawed in the 19th-century.

Next, you'll visit the Immaculate Conception Church, built in the famed Georgian style. Continue driving north past quaint villages, such as Boyd's Village and Challengers Village, onto Bloody Point, named in remembrance of the Carib Indians (the island's first inhabitants) who were massacred by the French and English during a battle in 1626.

On the journey to Caribelle Batik, on the left-hand side of the road you'll find stone petroglyphs created by the Caribs. Nearby, visit Romney Manor to see the magnificent old Saman tree, more than 400 years old.

Built in the 16th-century, Brimstone Hill Fortress is the next landmark visited. In 1999, it was inducted as a UNESCO World Heritage Site. The 40-acre site was built by British engineers and slaves imported from Africa. It is one of the most well preserved and oldest fortresses in the hemisphere.

Thereafter, you'll drive south passing the affluent area of Frigate Bay before reaching Cockleshell Beach. You can swim and relax on the pristine beach, listening to the sounds at Reggae Beach Bar and Grill. Book your historical and scenic adventure to the beach today.

5.0 / 5  |  2 ReviewsReview This Tour
St Kitts was great
My wife and I were the only couple on this tour. I don't know why people were not interested but we thoroughly enjoyed it. We were taken on an open vehicle through the town of St Kitts and were shown how the people truly live and what it looks like once you get away from tourist area. Our tour guide was great and we were blest to get to know him. The Brimstone Hill area was spectacular and we had a great panaramic view. This was well worth the money and we would gladly do it again.
Reviewer: David & Chris Porter