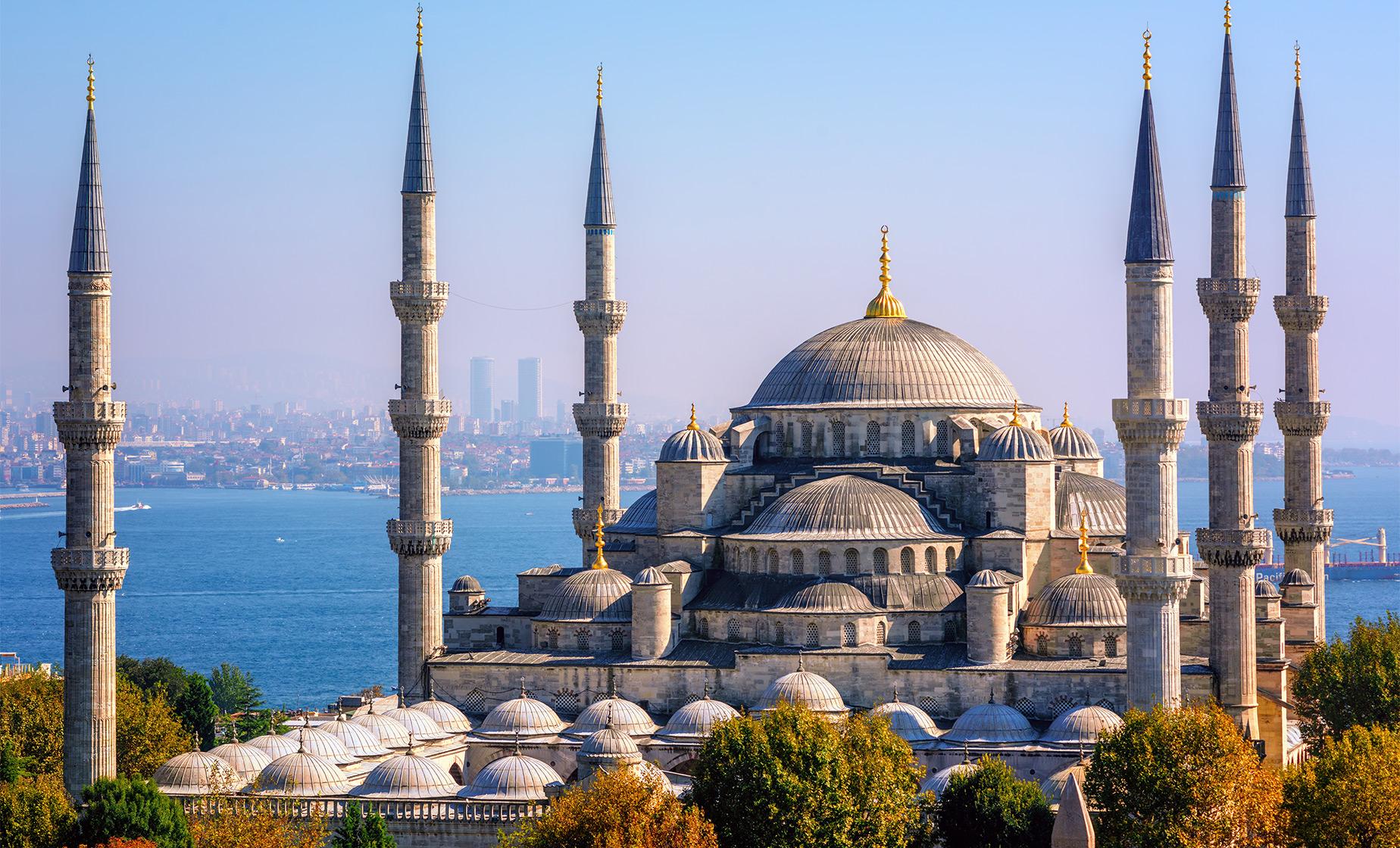 If you want to experience the marvels of Istanbul, this full-day sightseeing tour is the perfect option. Tour one of the most famous architectural creations in history, Hagia Sophia, and see the Hippodrome and Blue Mosque. This Istanbul tour will take you to all the highlights of the city in just one day.

The Hagia Sophia was originally an Orthodox patriarchal basilica before it was converted to a mosque. Famous specifically for its huge dome, it is often regarded as the essence of Byzantine architecture. As the largest cathedral in the world for over a thousand years, Hagia Sophia is an element of history that you will be amazed to see. Next, you will visit the Hippodrome of Constantinople, which is a famous square in the city of Istanbul. During the reign of Emperor Constantine the Great around AD 324, the Hippodrome functioned as a circus and entertainment center for the empire. Today the area is officially called Sultan Ahmet Square and is an exciting and historical stop on the tour.

The Blue Mosque, otherwise known as the Sultan Ahmed Mosque, is the next stop on this Istanbul sightseeing tour. The culmination of two centuries' worth of both Ottoman mosque and Byzantine church development makes this mosque overwhelming due to its size, brilliance, and majesty. Built in 1616, this mosque consists of awe-inspiring facades and interior architecture, which amazes visitors due to its size and beauty. The Topkapi Palace once housed the great Ottoman Sultans of history and now functions as a museum. At the Topkapi Palace, you will see imperial treasury as well as weapons, Chinese porcelain, calligraphy many more noteworthy artifacts. Travel back in time at this historical landmark to learn about the success and glory of the Ottoman Empire.

The Grand Bazaar is one of the oldest and largest markets in the world and contains over 4,000 shops within an area that consists of 61 streets. Inside the walled city of Istanbul, shop and enjoy the Turkish culture that this market has to offer. This full-day Istanbul tour is the best way to explore the marvels of Istanbul, paired with the convenience of a professional guide.

4.7 / 5  |  6 ReviewsReview This Tour
Wonderful Day!
Our tour guide was Selcuk Ersan. He was very professional and happy to answer any question that we had. We were picked up right outside the cruise port. Our driver was very safe and courteous. We drove around Istanbul in a passenger van. We were able to get many places that a large bus could not get to. There were four of us on this tour and we were all impressed with his tour. Request Selcuk by name if you can. We had lunch at a lovely restaurant overlooking the Straight of Bosporus.
Reviewer: Christine Hall

Plus Turkish Dinner and Show
Salcuk arrived at our Hotel and it was one of the best excursions ever. I don’t know if it was by coincidence but he was also our guide for our second excursion that night. The first tour was very educational with plenty of time on our own. The second was a great meal and wonderful entertainment. Salcuk answered all our questions, nothing was off limits. True to their words, they do not cancel tours based on attendance. My wife and I were the only ones on the tour. My wife's wallet slipped from her coat in the van. We didn't discover it until we were at the crowded bazaar. Shamefully, our minds immediately thought she was pick pocketed but Salcuk assured us they do not have pick pockets. As we started tracing our steps, Salcuk called the van driver who searched the van and found it on the floor. Needless to say we were very relieved and grateful as this was our first full day on an over a month long vacation and there was a large amount of cash. Definitely recommend!
Reviewer: Jim Tyrpin

See architectural marvels within walking distance
Although the historical cultural landmarks were right next to each other, did extensive walking on each one. The excursion was scheduled on a holiday where the Grand Bazaar was closed -- wife was disappointed about not getting the shopping experience, hubby was glad that travel weary feet could rest.
Reviewer: MediterraneanCruiser

Old Istanbul in a Day
We were able to see all three major structures in Istanbul in one day. There were only two of us with one guide so we have very close contact throughout the tours. This would be impossible in some of the larger groups we saw. They guide had studied in England, but grew up in Istanbul. She really knew her stuff. She also kept us aware of the customs involved when entering a Muslim or Greek Orthodox house of worship. We never felt out of place. It was a great way to see it all in a day. (Don't do this on a Friday if possible because the Blue Mosque is closed for worship for a few hours mid day).
Reviewer: Beaver Bob.

A trip of a life time!
We had a private tour at the price of a group price! This was my favorite trip! Our guide was very charming and knowledgable! The restaurant he took us was amazing! The food and service was the best! I will recommend this trip to anybody!it was an unforgettable experience!
Reviewer: Bill and Isabel

Standard Excursion
Very common excursion package. The guide was great and accommodating. I purchased from this site for its better price than cruise ships and for its small group size (12).
Reviewer: V & S