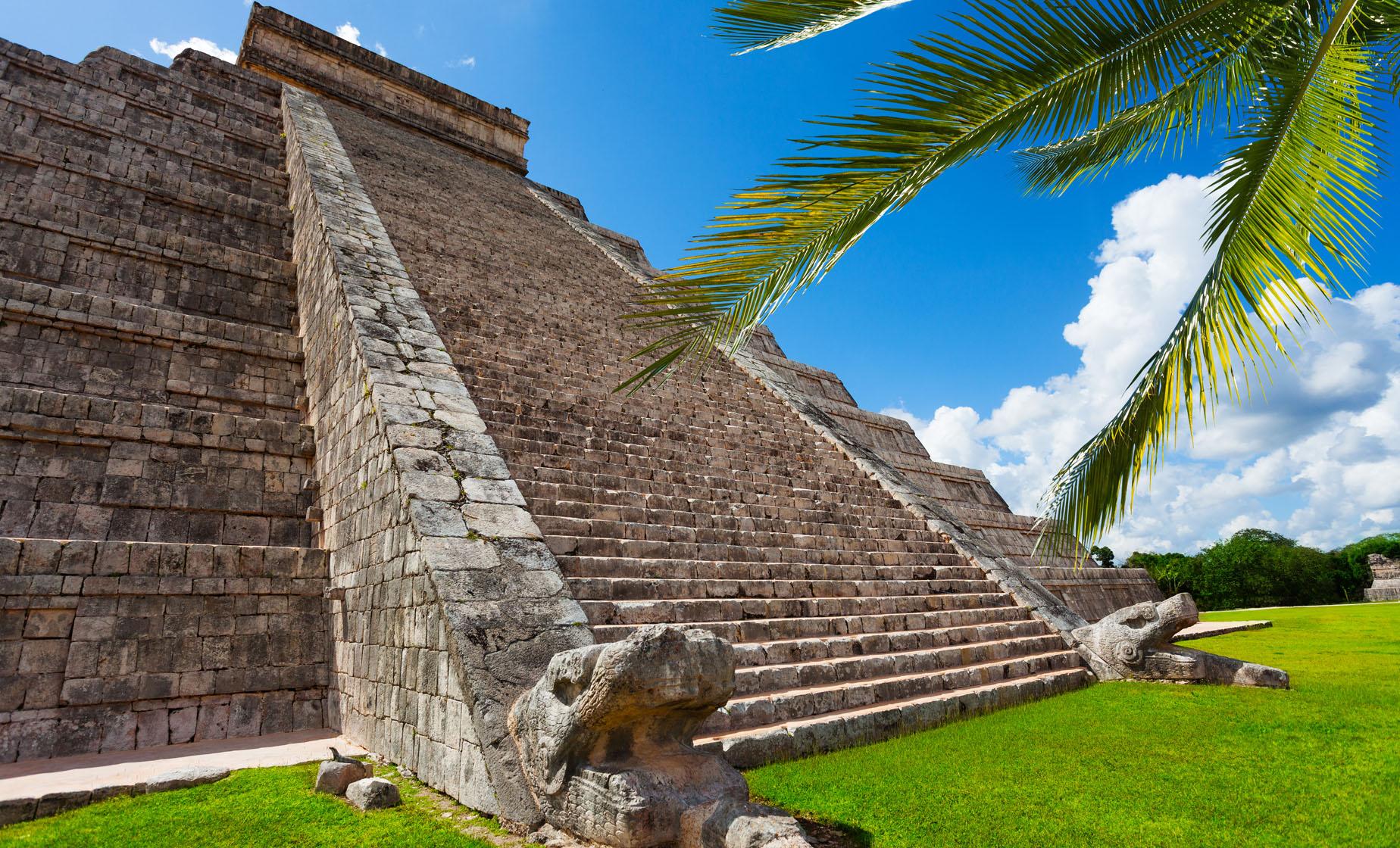 4.8 / 5  |  4 ReviewsReview This Tour
From $95.00/person to $496.00/person (Select "Individuals" below) Price varies based on number of individuals in your group
Choose Options My Cruise Itinerary
Summary
Shore Excursion Size

10 minute shuttle ride from pier.
Food/Beverage Provided None
Recommended Dress We recommend wearing comfortable clothing. Closed toe, sensible walking shoes, sun lotion, and sun glasses are also recommended.
Restrictions Guests must be able to walk over packed dirt, gravel and broken stones. There are some steps of uneven height that need to be climbed.

Escape the cruise line crowds on this private tour to one of the New 7 Wonders of the World, Chichén Itzá, perhaps the most famous Mayan temple city.

After meeting your guide on the pier, you will board your air-conditioned transportation for the approximately two-hour drive to Chichén Itzá located in the middle of the Yucatan Peninsula. Chichén Itzá rose to local prominence somewhere around 600 A.D. As the Mayan civilization in Central America began to decline around 900 A.D. Chichén Itzá became a major capital for political, sociocultural, economic, and ideological life in the northern Mayan lowlands.

Upon arrival you will set out with your private guide to explore the mysteries of Chichén Itzá. At the heart of the city lies the Temple of Kukulkan, the most recognized and photographed of the pyramids. Your guide will explain how its measurements relate to digits in the Mayan solar calendar, as well as its position.

During your approximately two hours of touring, you will also view the Observatory, as well as the Ball Court and Sacred Well.

After your tour, you will have some free time to freshen up and purchase a drink or snack before starting the approximately two-hour drive back to the cruise pier in Progreso.

4.8 / 5  |  4 ReviewsReview This Tour
Private tour of Chichen Itza - Progresso
After figuring out there were two shuttle drop offs in town, one public and one private, and we hooked up with our guide the tour was fantastic. Our guide was Very knowledgeable and gracious and provided a very memorable day for our family. We would all highly recommend this tour.
Reviewer: Carol Modisette

Excellent Tour
This is a private tour. We met our guide at the bus station in Progresso and he and the driver took us to the site where we were turned over to an internal guide. The trip was nice as was the tour itself. The guides were professional and accommodating. The only problem was with connecting with the guide. The guides at the port were for the ship sponsored tour only and we did not understand we should take the shuttle to the Progresso bus station. Once we got there, everything was great. I would recommend this tour.
Reviewer: Jim

Awesome tour!
The trip was great! Loved watching the fish underwater. The scooters are really fun to operate. If you have broad shoulders, beware! It may be harder for you to get in and out of the scooter.
Reviewer: Julie

great tour. a bit expensive.
the tour guide was very , very informative. it was my daughter and I...we had the guide to ourselves. ruins were very crowded with tour groups of between 10 and 100 per guide. it was very nice to have own guide. guess that's the reason for the price. 219 per person vs. 88 per person on carnival booked guide...
Reviewer: joe