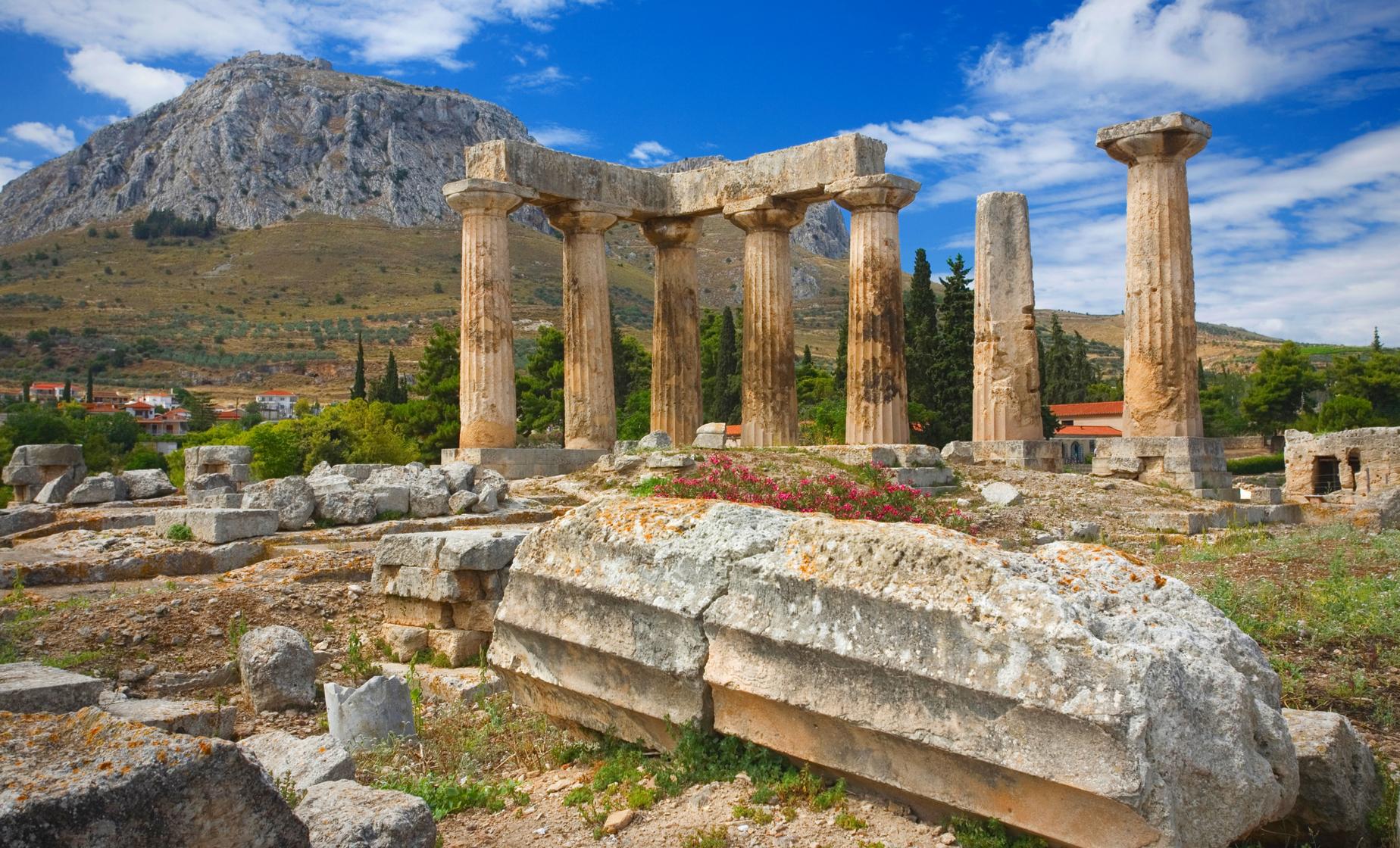 Review This Tour
From $238.00/person to $1,220.00/person (Select "Individuals" below) Price varies based on number of individuals in your group
Choose Options My Cruise Itinerary
Summary
Shore Excursion Size

Cruise Ship Pier
Food/Beverage Provided A traditional Greek lunch with wine is included.
Recommended Dress Comfortable clothing and sensible, flat-soled walking shoes are recommended. Sun glasses and sun screen are suggested.
Restrictions Guests must be able to walk over paved, and packed dirt surfaces. Many are uneven. At Mycenae there are several inclines required to visit sites.

The Peloponnese covers an area of some 8,320 square miles and constitutes the southernmost part of mainland Greece. It may look like an island since the construction of the Corinth Canal separated it from the mainland in 1893, but it is rarely if ever, referred to as one. Mainland Greece's (and Europe's) first major civilization, the Aegean (or Mycenaean) civilization, dominated the Peloponnese in the Bronze Age from the stronghold at Mycenae in the north-east area of the peninsula. During classical antiquity, the Peloponnese possessed some of its most powerful city-states and saw some of its bloodiest battles. It was the site of the cities of Sparta, Corinth, Argos, and Megalopolis. In more recent times, the Peloponnesians played a major role in the Greek War of Independence which began there in 1821.

After meeting your professionally trained and licensed guide on the pier, you will depart Piraeus and drive along the coast. You will access the peninsula by crossing the awe-inspiring Corinth Canal. You will realize the enormity of the achievement as you will have the opportunity to photograph it en route. After the Corinth Canal, you enter the region of Argolis, land of Homer's Golden Mycenae, a UNESCO World Heritage site.

Dating back to the second century B.C., Mycenae was one of the major centers of Greek civilization and a military stronghold that dominated much of southern Greece. The period of Greek history from about 1600 B.C. to approximately 1100 B.C. is called Mycenaean in reference to Mycenae. It also played a major location in Greek mythology. The German archaeologist Schliemann was the one who excavated Mycenae and uncovered the Royal Tombs recognizable from the wealth of objects found there. Among the finds were golden death masks, jewelry, bronze weapons inlaid with gold, and many more ornaments all of which are now displayed in the National Archaeological Museum in Athens. You will see the Cyclopean Walls, the Lion's Gate, the Royal Tombs, including Agamemnon Clytemnestra's, and the Treasury of Atreus, a magnificent 14th-century B.C. structure. Time will then be taken for a traditional Greek lunch with wine at a nearby restaurant.

After lunch, you will continue to the UNESCO World Heritage site of Epidaurus. In antiquity, Epidaurus was the center of the Greek medical world and birthplace of Asklepios, patron god of medicine. Psychotherapy, hydrotherapy, and brain surgery were some of the treatments performed here. You will see the principal monuments, particularly the temple of Asklepios, the Tholos and the 4th-century theater which is considered one of the purest masterpieces of Greek architecture. Its acoustics are still almost perfect today. After your visit, you will begin your drive back to Athens.

Please Note: Tours on Sunday require a supplement for guides and drivers. This tour offers customized departure times between 7:30 AM and 7:00 PM. If your preferred departure time is not listed, please contact us to place your request.