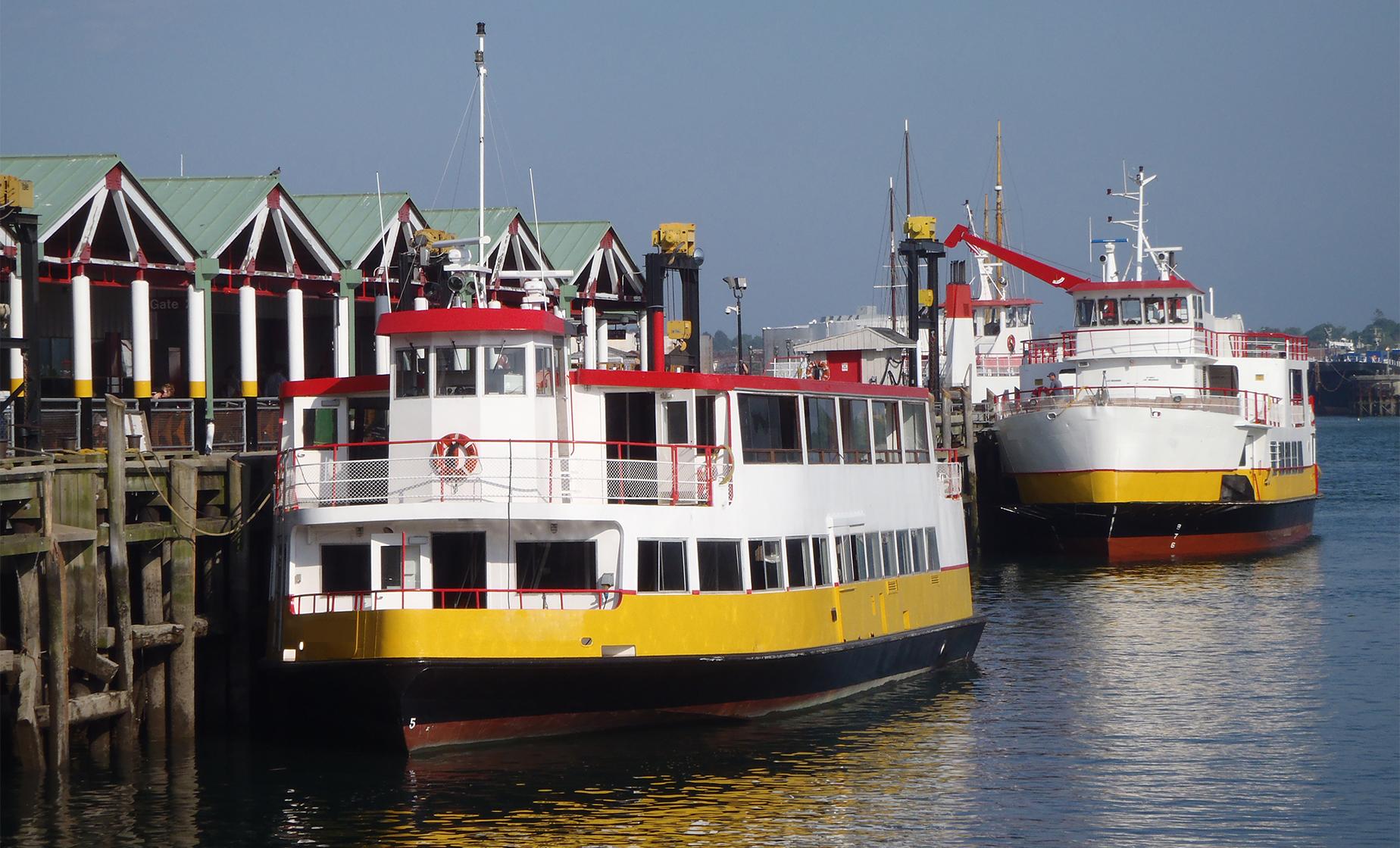 Take this scenic Diamond Pass Run cruise tour of Maine's Inner Casco Bay, past lovely Victorian cottages on the shorelines of Little and Great Diamond Island, and Peaks Island. Catch a glimpse of island life as we travel to four different stops.

Like other Casco Bay islands, Long Island was originally inhabited by Native Americans until settlers arrived in the 1600s. Colonel Ezekiel Cushing purchased the island in 1732 and is credited with being the first westerner to settle and build a house on Long Island. During World War II, Long Island served as a fueling depot for the U.S. Navy. Supply stations and army buildings were constructed on the island, and many of these buildings still stand along the shore of the island. Once known as the Coney Island of Maine, and later an important WW II outpost, Peaks Island today is a neighborhood within the city of Portland. Home to artists, retirees, commuters of all sorts, and a substantial summer population, Peaks Island boasts a small-town feel with unparalleled ocean views and access.

4.9 / 5  |  15 ReviewsReview This Tour
Great Way to See the Islands
This tour was great! The scenery was magnificent and everything took place as advertised. We would repeat with this operator.
Reviewer: K. Howland

Inexpensive but Worthwhile
This "tour" is actually just the normal ferry run in Casco bay to the islands. The captain of our ferry did mention points of interest and wildlife as we cruised the bay. It was interesting to see the island residents with their carts full of goods going home. The experience lets you take a peek at another way of life.
Reviewer: Larry

great day on the water
We loved this excursion, great way to see many different islands, great staff, very friendly. We would reccommend.
Reviewer: Bradley Moxey

great
The Diamond Pass run excursion was very informative. Saw many animals and sites we would never have seen. The narrator was extremely informative and the pilot of the ferry turned, slowed down and made sure we didn't miss anything. Would recommend this tour to everyone.
Reviewer: Robert Brutofsky

Portland Ferry Cruise of Casco Bay
Loved it! Think it was one hour and forty five minutes on the ferry and supply transport to various island docks that gave a great perspective of the Portland area off shore (Casco Bay) island coastlnes, summer homes and birds. Take your binoculars. Highly recommend and a great value.
Reviewer: Diane L Smith

ferry trip
WE HAD A GREAT TIME, RELAXING, ENJOYED THE WATER , THE INSIDE IS OUT OF THE WIND AND HEATED IF NEED BE, FOR THE MONEY WE WOULD DO IT AGAIN.
Reviewer: BILL MAULE