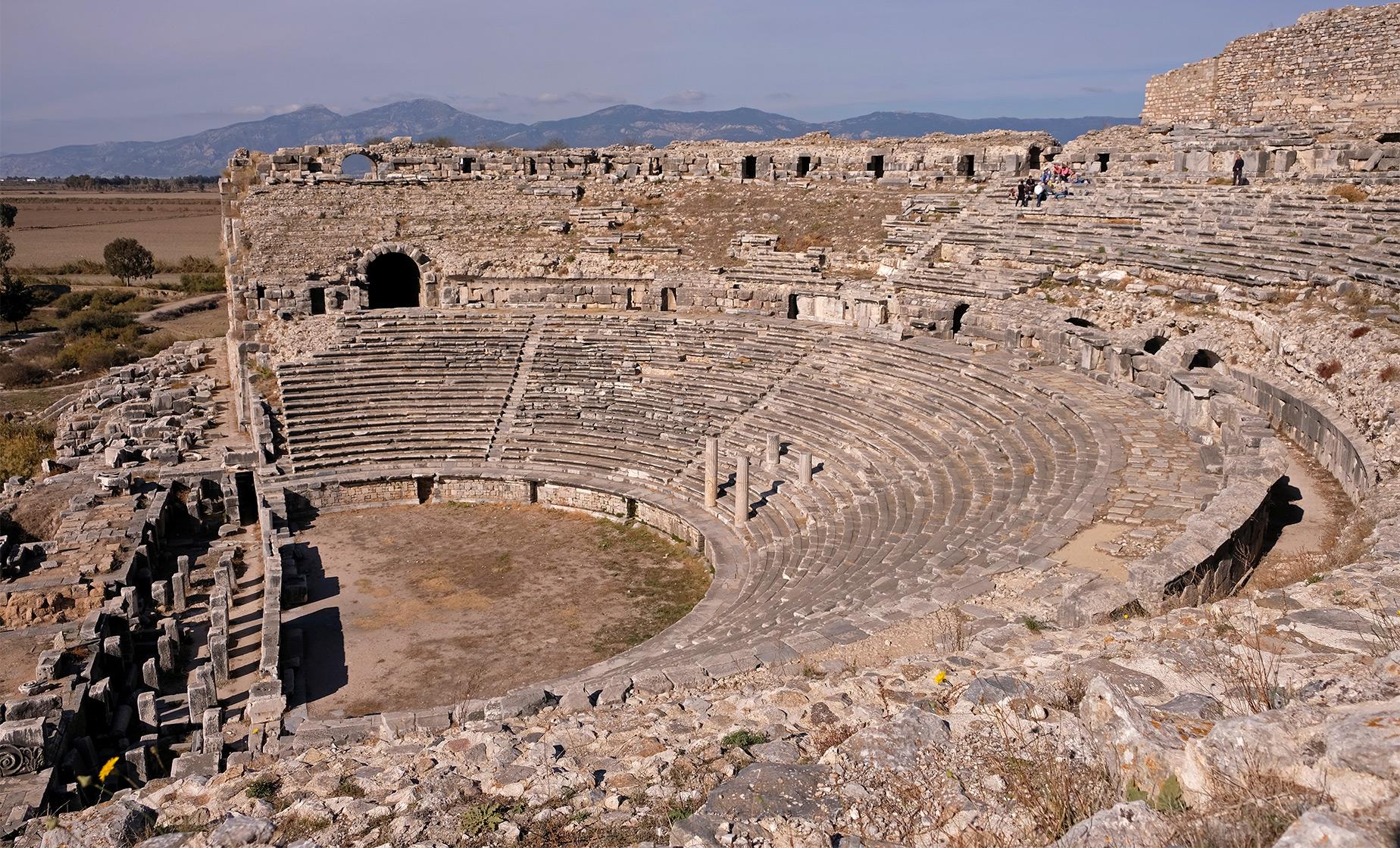 Review This Tour
From $135.00/person to $514.00/person (Select "Individuals" below) Price varies based on number of individuals in your group
Choose Options My Cruise Itinerary
Summary
Shore Excursion Size

With your professionally trained private tour guide, you will first visit the ancient site of Ephesus, Turkey. Your guide will walk with you through one of the most magnificent excavations in the world, bringing it to life for you through its history. See the Odeon, the Upper Agora, the Fountain of Trajan, the Steam Baths of Scholastica, the Temple of Hadrian, and the impressive Library of Celsus, considered as one of the most magnificent ruins from the ancient world. The Grand Theater, where St. Paul preached, is the largest. Next, you will set off on a drive of 45 minutes to tour the ancient city of Miletus, which once was one of the biggest cities in Anatolia. Miletus is perhaps most famous for its genius philosophers and architects, such as Thales, Anaksimandros, Anaksimenes, Hippodamos, and Isidoros. Miletus is also famous for the Faustina Baths. Although it has not been restored or studied to the extent that Ephesus has, it is still an important look into the life of this ancient civilization. Then, a short drive takes you to the town of Didyma and lunch at a local restaurant.

After lunch, you will visit the archeological site of Didyma, which is not an ancient city, but a sacred place of worship. Didyma's fame rests on the magnificent Temple of Apollo, a building of awesome scale whose proportions seem more in keeping with the gods than man. Building works in the name of Apollo were started in the eighth or seventh centuries B.C. During the Archaic period, the Branchids, a powerful family of priests, controlled the temple and it was under their direction that the temple rose to fame. In the 6th century B.C., the temple enjoyed its golden age and was greatly expanded in size. The Persians, who attacked the area in 494 B.C., destroyed the temple. Alexander the Great helped in the rebuilding and the remains we see today are Hellenistic, dating from his times. In the temple's reconstruction, the original foundations were used but the size of the building was greatly increased. The decline of Didyma began in the third century B.C. when Emperor Theodosius decreed that all soothsayers and their like were prohibited. This was a great blow to the temple.

The return to Izmir will be along the same route taken in the morning. Shopping time upon your return to Izmir may be very limited based on your ship's departure time. Guests wishing to shop for a prized Turkish carpet should take this into account.