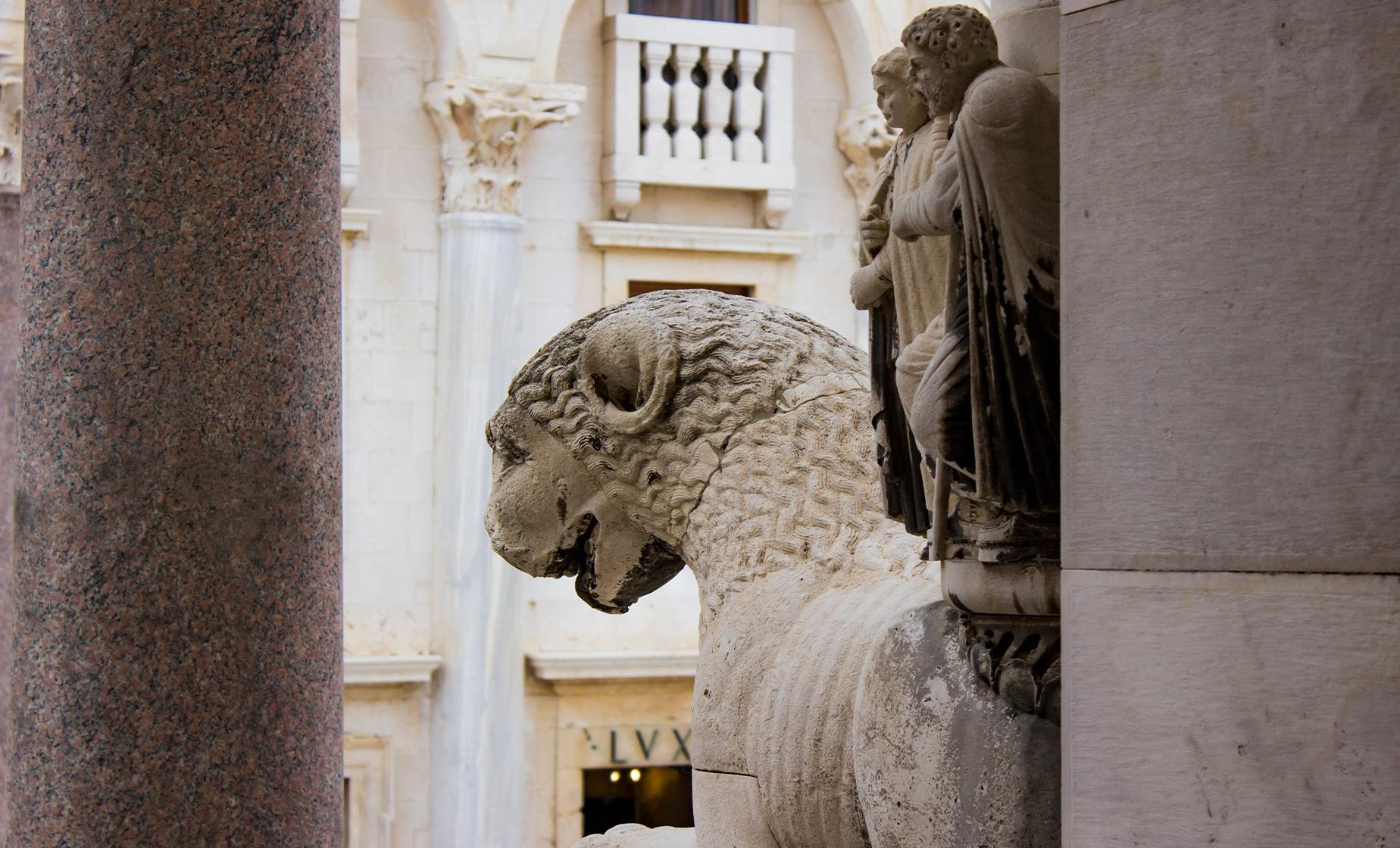 Today's Split is the product of 17 centuries of building, renovating and remodeling so that the new of today meshes with the old of yesterday. Split is the largest Dalmatian city and is at least 1,700 years old, although recent archaeological research suggests that is might go back as far as the 6th century BC.

At the core of this sprawling cityscape is the palace that Emperor Diocletian built for his golden years at the turn of the 4th century. What began as an imperial residence and fortified camp is today an intriguing warren of narrow cobblestone streets, where pre-Romanesque churches live alongside Gothic chapels, history-filled museums abut galleries of contemporary art and delicious-smelling restaurants compete with bustling cafes for the attention of passers-by.

The palace is almost a town in itself. Entering the palace through its impressive arches, take time to stroll around this 4th century architectural feat that boasts grand open courtyards, restaurants, shops, magnificent stone columns and narrow cobbled lanes.

The walking tour starts with a walk through the cellars of the Palace that are still very well preserved. The cellars offer a good view at how the life in the Palace was organized. Once you come out from the cellars, you will emerge at Peristyle Square, where you will see the Cathedral of St. Duje (St. Dominus), the patron saint of the city. The Cathedral was also built by Emperor Diocletian on the remains of an ancient shrine, and is supposed to be the oldest in the world. A visit will be made to the charming Temple of Jupiter, a 13th century structure that has been remodeled many times over the years and features imposing stone columns.

On your walk through the narrow streets of the Diocletian palace, you will also see the beautiful Golden and the Silver Gates. After the walking tour, take advantage of the wonderful shopping and souvenir hunting opportunities nearby in the market, or stroll along the Riva waterfront boulevard. Reserve your spot on this fascinating tour of Split's most beautiful historic sights.

4.5 / 5  |  11 ReviewsReview This Tour
Split's Diocletian Palace
This was an eye opener tour. Crowded but well worth having the guide to step you through everything
Reviewer: Rick

VERY INTERESTING
OUR GUIDE WAS EXCELLENT. HE WAS VERY INFORMATIVE. HE SHARED SOME PERSONAL PERSPECTIVE ON THE SITES, AS WELL AS HIS OWN PERSONAL LIFE IN SPLIT. HE ALSO MADE GREAT SUGGESTIONS FOR ACTIVITIES WITH OUR FREE TIME. THE TOUR WAS WELL ORGANIZED & STARTED RIGHT ON TIME. IT WAS EASY TO FIND THE STARTING POINT.
Reviewer: TERRY

Great tour & guide
We met our guide at the designated area. I think a map should be included with the documents just so everyone makes it to the correct location.
Reviewer: baamkat