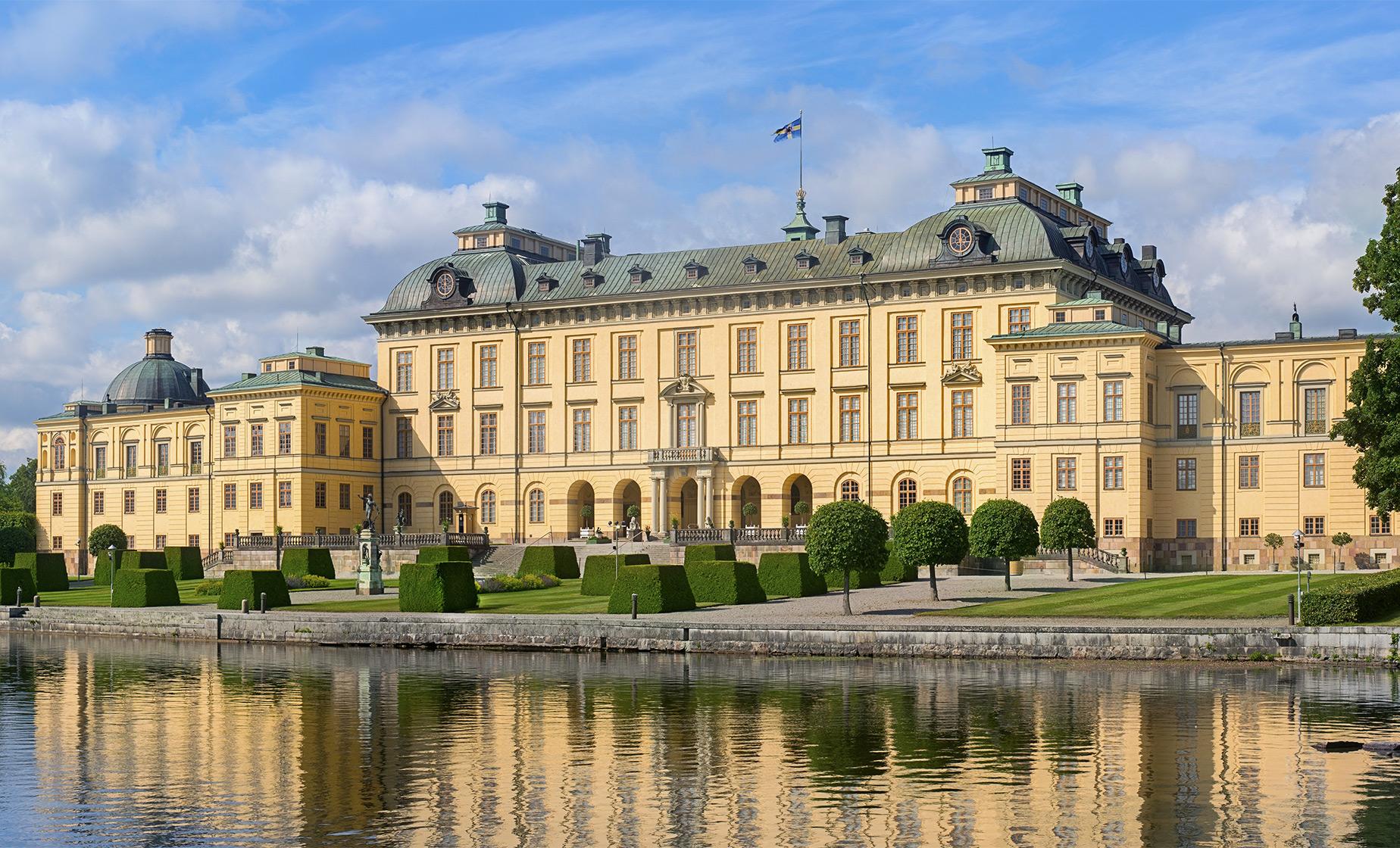 Review This Tour
From $168.00/person to $995.00/person (Select "Individuals" below) Price varies based on number of individuals in your group
Choose Options My Cruise Itinerary
Summary
Shore Excursion Size

The Ship Pier.
Food/Beverage Provided Not Included
Recommended Dress Comfortable clothing and sensible flat-soled walking shoes are recommended. Sunglasses and sunscreen are suggested
Restrictions Guests must be able to walk over uneven surfaces, including gravel and packed dirt. A long flight of stairs is required to reach the salons of the palace.

After meeting your professionally-trained guide, step aboard a boat from the turn of the last century, and enjoy a trip over placid waters and past beautiful scenery as you cruise through the archipelago to Drottningholm. At the end of your approximately one hour cruise, disembark your boat, and take the 15-minute walk to the palace on the hill. A former royal summer residence, the estate is often called "The Versailles of Sweden," and is a UNESCO World Heritage Site. The current palace, dating back to 1682, replaced the original palace that was built in 1580.

Although several rooms in one wing are reserved for the royal family, many of the reception halls and state apartments are open. Throughout the years Drottningholm Palace has changed, and the royal personages who lived here have left their mark on the palace's interiors, influenced by changes in style and fashion trends. With your guide, you will tour many rooms of the palace and see for yourself why Drottningholm has been officially honored.

After your tour of the palace, a visit will be made to one of the many sections of gardens. The oldest garden was planted at the end of the 1600s and is known as the baroque garden. It is situated directly adjacent to the palace, enclosed by four lime tree-lined avenues. The architects were inspired by newly planted palace gardens in France at the time, where the ideal was strict, ordered, and symmetrical. The first part, closest to the palace, is the parterre de broderi, which originally had an intricate embroidery pattern of box-wood hedges and colored gravel. Today, these have been replaced by a large lawn with box-wood hedges on the outer edges, as well as a band of crushed brick and black hyperite. At the center stands the Hercules fountain, composed of bronze figures created by the sculptor Adriaen de Vries. All the bronze sculptures located in the park are created by de Vries, and came to Sweden as spoils of wars in Prague 1648 and Fredriksborg 1659.

After a walled terrace comes the parterre d'eau with ten jets of water and lawns enclosed by box-wood hedges. The more than 1400 acres of gardens continue on to include an English Garden and a Chinese Pavilion that cannot be seen from the palace.

Visit the shop and small Theatre Museum to survey the pictures and costumes tracing the history of the stage, before taking a guided tour of the Drottningholm Court Theater, also a UNESCO World Heritage Site. One of the world's most famous theatrical venues, it was rediscovered after a 'Sleeping Beauty' period of more than 100 years, and restored during the last century. Fashioned after the original 18th-century sets, the stage machinery and props are all in perfect working order and still in use today. Except for the stage lighting, which has been updated from candlelight to electricity, nothing has changed since King Gustav III, the patron of the arts, attended opera performances.

After your glimpse of royal opulence and theatrical history, you will be driven back to the pier in Stockholm.