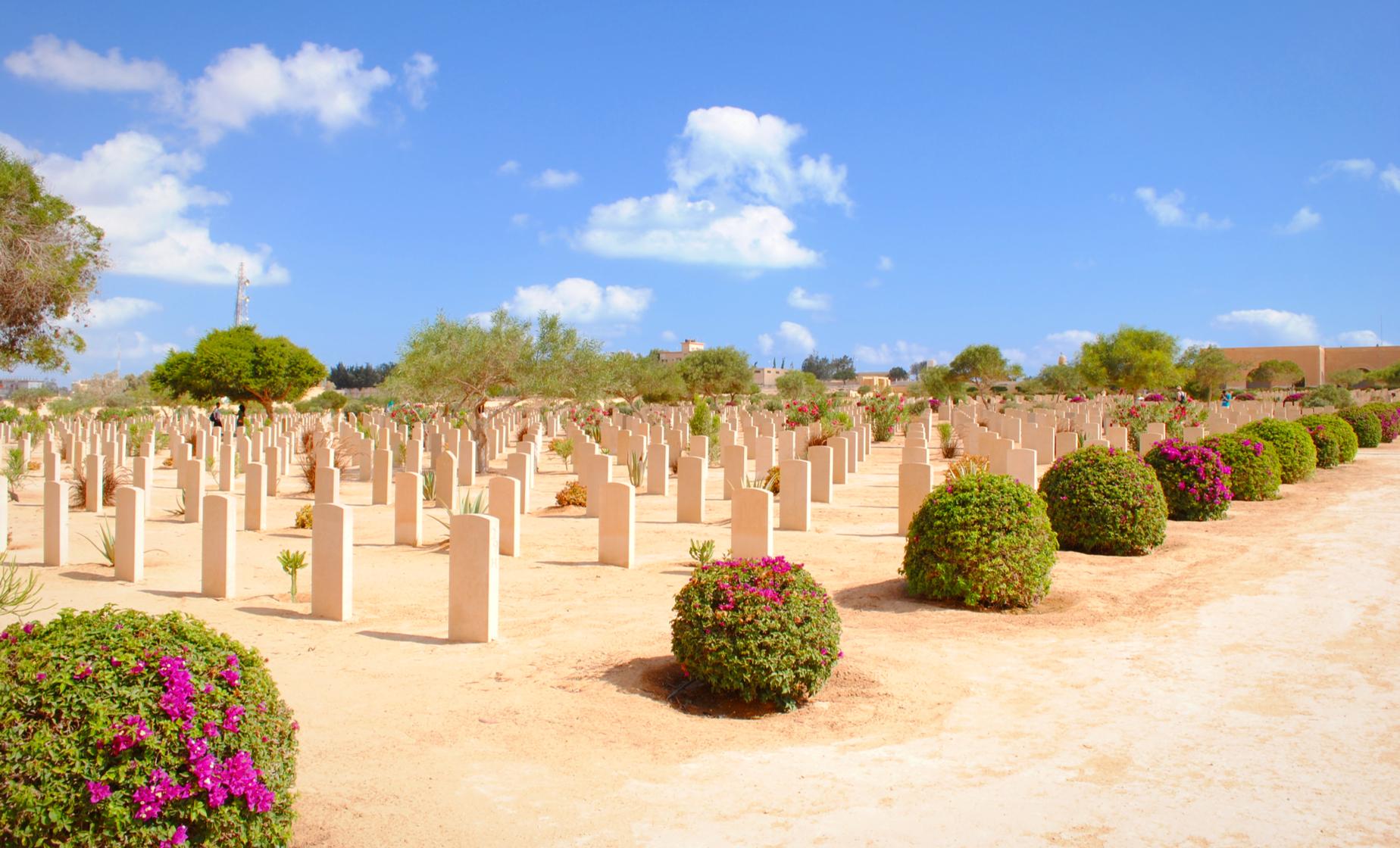 Review This Tour
From $79.00/person to $151.00/person (Select "Individuals" below) Price varies based on number of individuals in your group
Choose Options My Cruise Itinerary
Summary
Shore Excursion Size

Ship Pier
Food/Beverage Provided Lunch Box
Recommended Dress When visiting a memorial site, shoulders and knees should be covered out of courtesy of the departed as well as their families. Comfortable, sensible walking shoes and sun protection are recommended.
Restrictions Walking at the cemeteries in over uneven ground and sand. Cameras are not allowed in the museum or mausoleums.

You'll tour one of the most important battlefields in Africa and the Second World War, during a private excursion to El Alamein and its surroundings.

It was World War II. El Alamein, in North Africa, was a last stand for the Allies. To the north was the Mediterranean Sea and to the south was the Qattara Depression. In August of 1942, into this bottleneck came German Field Marshal Erwin Rommel "The Desert Fox" leading 110,000 men and 500 tanks from the south. Attacking from the north was British Field Marshal Bernard Law Montgomery, with more than 200,000 Allied troops and more than 1000 tanks. The Allied victory marked the beginning of the end for the Axis Powers in North Africa.

Departing the pier, your private shore excursion will begin, as you travel along the Mediterranean coast during the 1 hour and 45 minute drive to El Alamein. Upon arrival, you will visit the Alamein War Cemetery. In the Commonwealth section of the cemetery are more than 7,200 graves of soldiers from the African Campaign of World War II, predominately from the Battle of El Alamein. The barren plain of sand that surrounds the cemetery gives it a very surreal feeling.

You will then visit the Military Museum, built in 1965 and remodeled in 1992 during the 50th anniversary of the battle. Germany, Italy and England contributed information and military items during the renovation. The building consists of five halls containing displays of weapons, military garb and battle strategies.

The excursion continues with a short drive west of town to Tel el-Eisa Hill, where the citadel-like cemeteries of the Italian and German soldiers are located. The German cemetery is a mass single tomb with the remains of 4,200 German soldiers, built in the style of a medieval fortress. The Italian cemetery is a mausoleum containing several galleries of tombs, many simply marked "Ignoto," unknown. After your visit, begin your drive back to Alexandria.