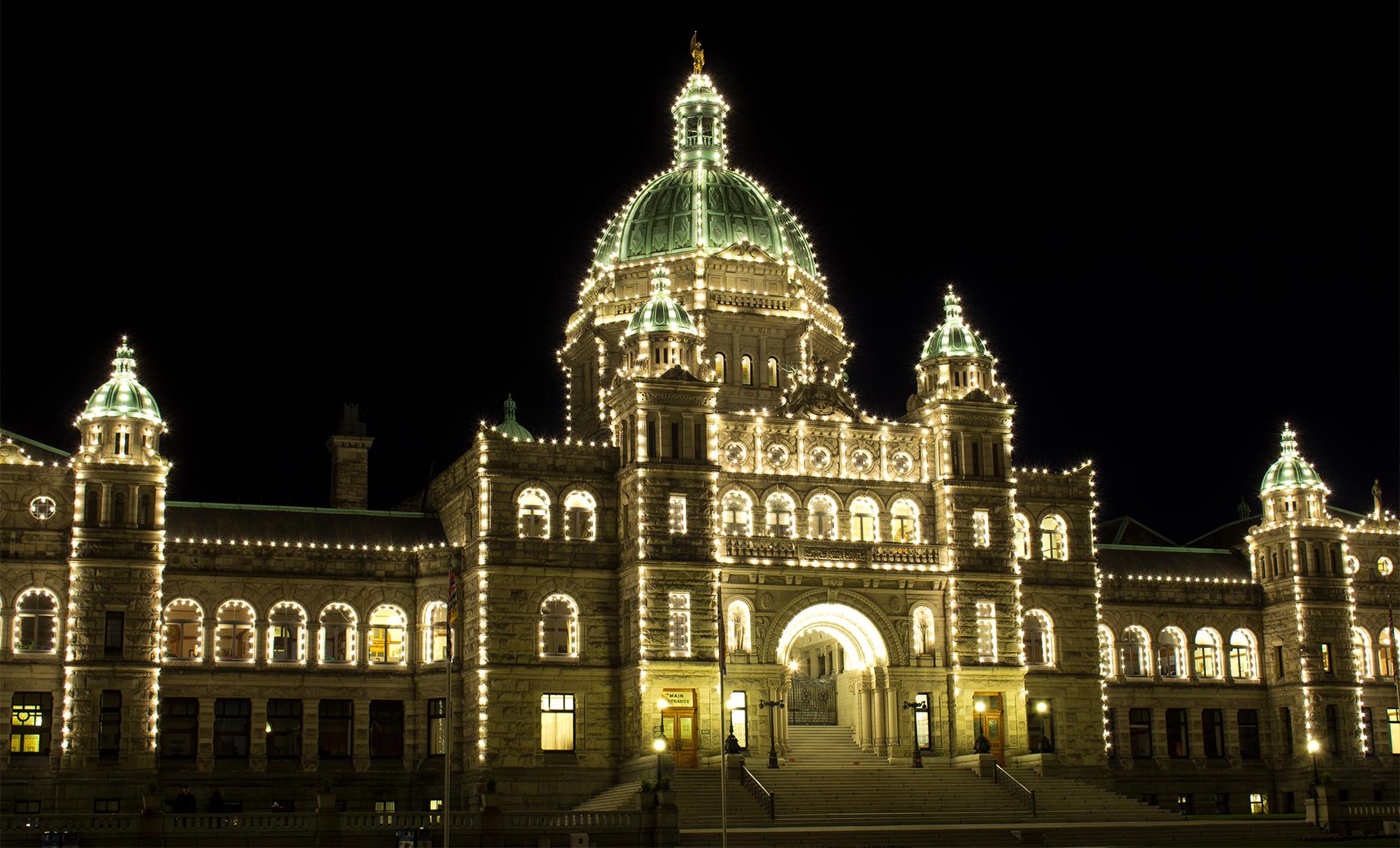 4.1 / 5  |  10 ReviewsReview This Tour
Likely To Sell OutBook Now to Guarantee your Spot
Price: $32.00
Children (Ages 4 and under) are free but must be accounted for.
Choose Options My Cruise Itinerary
Summary
Shore Excursion Size

An approximately 10 minute shuttle (not included, approximately $10 US each way) is required to reach your departure location.
Food/Beverage Provided Not Included
Recommended Dress We recommend comfortable clothing and sensible, rubber-soled walking shoes. A light jacket may be needed depending on the time of the year.
Restrictions Guests must be able to step on and off the bus. This tour can accommodate a collapsible wheelchair.

Discover the sights of Victoria on an open-air bus or classic turn-of-the-century trolley bus. This Victoria city tour with on-board commentary provides a quick way to see the main attractions of this beautiful city at the end of the day.

Victoria proves a gentle blend of colonial England and up-to-date Western Canada. The capital city of British Columbia, Victoria is located on the southern tip of Vancouver Island, just off Canada's Pacific coast. Named after Queen Victoria of the United Kingdom and the Dominion of Canada, Victoria is one of the oldest cities in the Pacific Northwest, with British settlement beginning in 1841. The city has retained many of its historic buildings; the two most famous landmarks are the British Columbia Parliament Buildings (home of the Legislative Assembly of British Columbia) and the Empress Hotel.

The city's Chinatown is the second oldest in North America after San Francisco's, and provides its own attractions, shopping and restaurants.

Experience Victoria in a special way as the twilight provides a beautiful glow to a city that already shines!

Please Note: The evening Victoria city tour does not operate as a hop-on, hop-off tour. The tour is narrated in English.

4.1 / 5  |  10 ReviewsReview This Tour
Victoria Evening City Tour
This is a very beautiful city with Victorian era architecture throughout. Cabs are a bit pricey around here so having a bus that you can get on and off is worth the cost on its own. If you can definitely do this during the day to get maximum visibility.
Reviewer: Angel Guevara

Great tour!
We loved this tour. The audio provided us with so much information about Victoria. Very nice.
Reviewer: Diane Egan

Good overview tour of beautiful Victoria!
Enjoyed the evening tour of Beautiful Victoria! Got a glimpse of the city hotspots and learned many things about the city!
Reviewer: Angela Bristow

Couldnt take tour
The ship came in late and no one was there when we finally go off the ship. Dissappointed but I guess they couldn't wait for us. Had to try to make our own way around which wasn't easy. Our agent highly recommended this tour. Maybe next time!
Reviewer: Darlene

Victoria Evening Tour
Wasn’t fond of the open air bus. It was a chilly night but otherwise enjoyed the tour.
Reviewer: Marjorie Rienzie

victoria bus tour
With a limited few hours in Victoria on a Saturday night, tour was a good choice for a nice overview of the City.
Reviewer: Alan Harvey