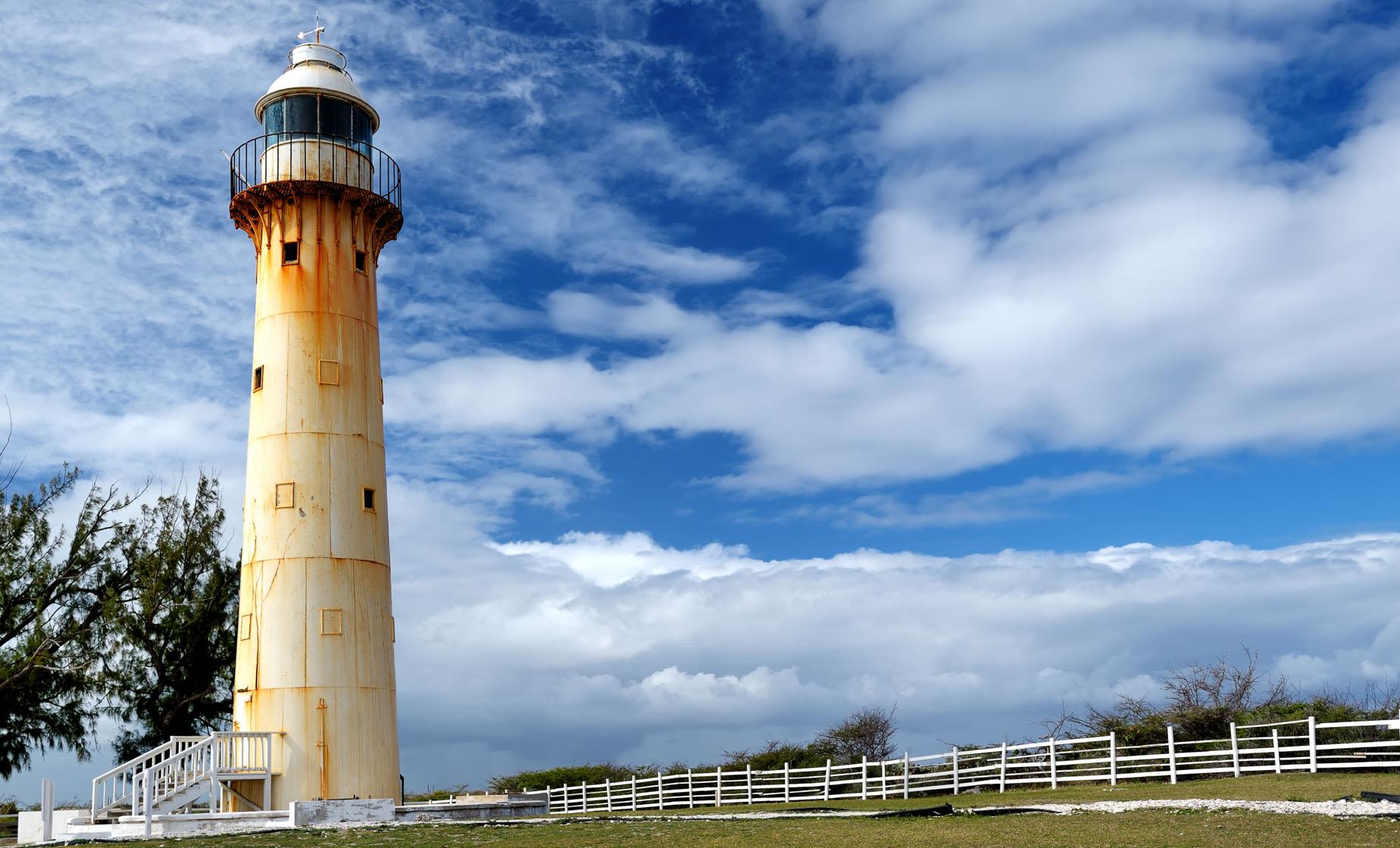 An approximately 10 minute walk from the cruise ship pier.
Food/Beverage Provided Not included
Recommended Dress We recommend wearing comfortable clothing and sensible walking shoes. Sun glasses, sunscreen and a towel if you wish to swim, are also suggested.
Restrictions Guests must be able to walk over paved, gravel and sandy surfaces at stops.

Grand Turk Island is the administrative, historic, cultural and financial center of the island nation of Turks and Caicos. San Salvador Island or Samana Cay in the Bahamas is traditionally considered the site of Columbus' first landfall in 1492, but some believe that studies of Columbus' journals show that his descriptions of Guanahani much more closely fit Grand Turk.

This guided island drive tour will show you the highlights of Grand Turk Island. On this Grand Turk excursion, you will visit the island's top attractions, including the former United States Air Force Tracking Base and a replica of Astronaut John Glenn's Friendship 7 space capsule, which splashed down off the island's coast in 1962 following the United States' first successful manned orbit of the earth.

You will also see several 18th-century churches, beautiful Bermudan-style buildings, and salt ponds. You'll have the option to visit the National Museum (not included, approximately $5 US per person) if you would like, or explore the picturesque downtown area instead. In this peaceful town, you may see wild horses and donkeys freely roaming the streets.

There will be a brief photo stop to see a working lighthouse that has been in service for more than 150 years. Built in London in 1852 and shipped to Grand Turk, it was assembled in hopes of saving the salt trade. Standing sixty feet, it was designed by Alexander Gordon, who designed lighthouses throughout the British Empire. If you are interested, you can go inside the lighthouse for an additional fee (not included, approximately $3 US per person). Keep your eyes out for the wandering donkeys that can often be found nearby.

You will also have an opportunity to visit "The Salt House", a recreated 17th-century salt pan that chronicles the history of the salt and slave industry.

4.6 / 5  |  100 ReviewsReview This Tour
Guide was super
We ad a good time, the guide was very friendly and knowledgeable.
Reviewer: Daisy Siniscalchi

Grand Turk was beautiful
For such a small island it had beautiful places to see. We loved it! Our tour guide was fantastic.
Reviewer: Daisy Siniscalchi

Excursion experience
The excursion guide was extremely kind and informative. She answered all questions and was an amazing ambassador of Island hospitality. We enjoyed our time on the island tour and would gladly do it again.
Reviewer: Michael Young

Wonderful and Relaxing
We traveled with PAPA J TOURS. Our tour guide was full of information and answered all of our questions. We visited downtown and our guide let us know if the businesses required cash or card, which was very helpful. The bus was clean and had water for us. Our guide even took pictures for us and told us about all parts of the island. We had an enjoyable trip. There was a couple that missed the bus and she waited for them to catch up with us. Excellent excursion.
Reviewer: Genevieve Cromer

Liked
Wonderful excursion around the island. Tour guide was great! She was very knowledgeable. We asked a lot of questions and she had the answers. Would recommend this tour.
Reviewer: Reana Hernandez