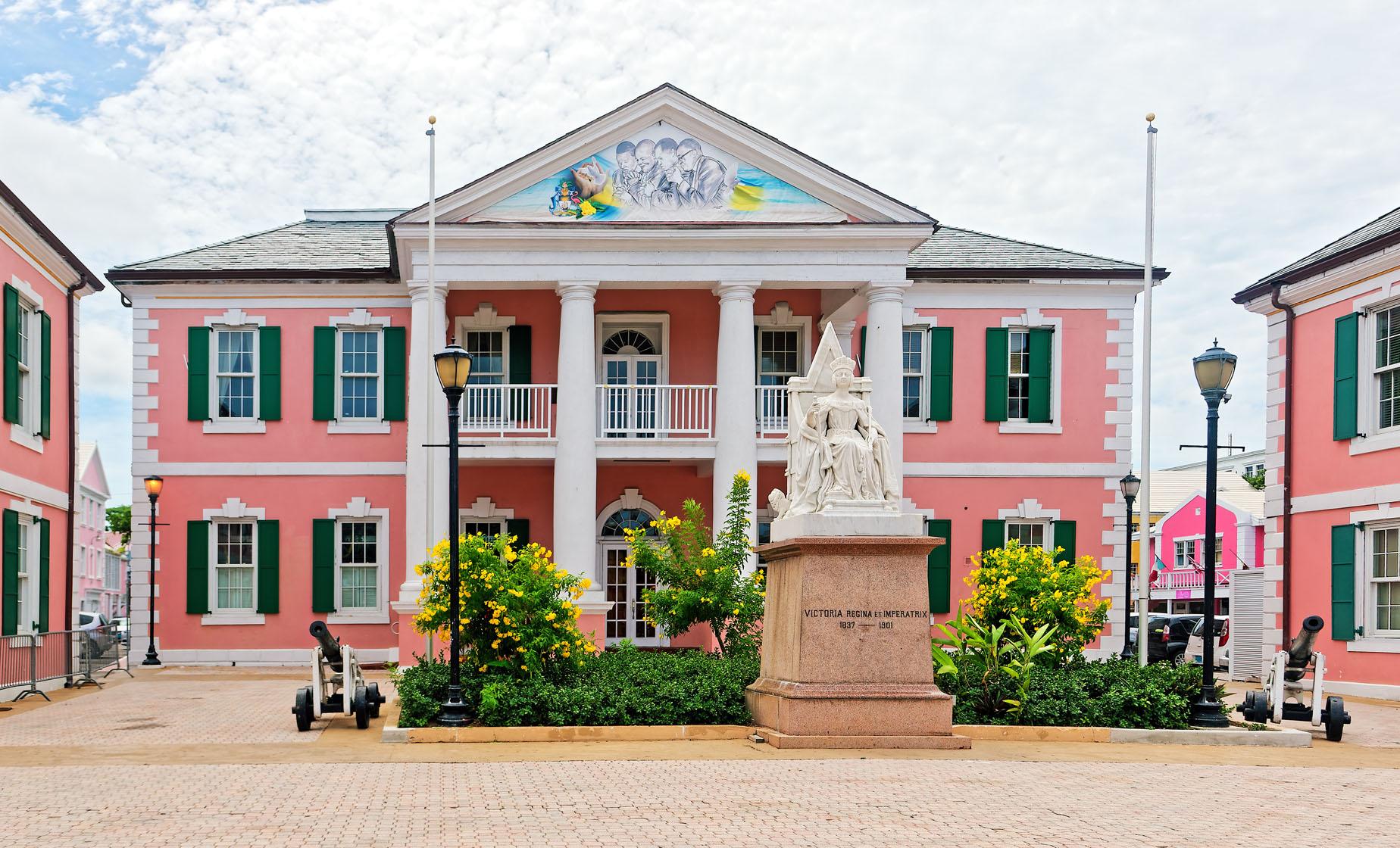 This Nassau tour gives you a great overview and understanding of modern day Nassau through the lens of history, starting with the Lucayan Arawaks.

The original inhabitants of the Bahamas, the Lucayans were the first natives to encounter Christopher Columbus on his travels to the Americas. Learn about their peaceful, primitive culture and their ultimate demise at the hands of the early Western colonizers.

At your Nassau excursion, you will make your way to Fort Fincastle, built in 1793 and used as a bastion of defense with 12 canons and 1 howitzer among its armament. In later years it served as a lighthouse to guide naval traffic in its waters.

While here, take a few minutes to ascend the 66 limestone steps of the Queen's Staircase named in honor of Queen Victoria. Built by 18th century slaves, this staircase allegedly connected the fort to Nassau City.

In Rawson Parliament Square you will be surrounded by flamingo-pink government houses with a distinctly colonial feel. Hear about the Bahamian system of government and take a photo of Queen Victoria's statue before heading over to Port overlook.

This tour is perfect for those who enjoy touring in small, intimate groups and want an up close and personal look at Nassau.

Restrictions
Guests must be physically fit for walking activity. This tour is not wheelchair accessible.

5.0 / 5  |  21 ReviewsReview This Tour
walking tour of Nassau
It was a wonderful tour. there were only two of us on the excursion. Our guide was very informed about the area and gave us much information and history of Nassua. She took us up the Queen's staircase to the fort above, and from there we went by the beautiful pink courthouses, the green police buildings - such a colourful area. We loved it!
Reviewer: LYNDA

Excellent Excursion
Our tour guide was exceptional. She only had the two of us and she paced it accordingly. She was well prepared, knew lots of information and was able to answer all of our additional questions. Very informative tour and even though it was all walking it wasn’t a rushed tour. Would highly recommend her and this tour. (I can’t remember spelling of her name but started with J). Top marks to J
Reviewer: donna phibbs

Excellent overall walking tour
Richie, our guide was pleasant, friendly and highly knowledgeable of the Nassau area. He equipped us all with listening devices so we could always hear his commentary and regularly checked in with us to see how we were doing. Part way through the tour he also provided us with bottled water. He also had a great sense of humor which was mixed in with some sobering island history. Richie was a great guide and I highly recommend his tour.
Reviewer: Dennis Titley

this was a nice excursion
This was a nice venture to see the most that you can In such a little time. we did this excursion in 2013 and enjoyed it. but the only problem that I had was it was way to rushed you couldn't see the fort and the queens stairs.
Reviewer: Kati Anne Collazo

Informative Tour
What a great way to see an historic city and learn about its secrets. We had a wonderful walking tour around the city of Nassau and our guide was extremely polite and knowledgeable. He made the event adventurous with his engaging commentary and legends. Highly recommend the walking tour of Nassau to anyone visiting the island.
Reviewer: Kevin Dunne

Great tour...much better than self guided
Wonderful tour. Excellent guide. Friendly, informative, and very open to a wide variety of questions from the group. I had previously done a self guided tour and learned so much more during this session. College aged daughter also enjoyed it very much. We would definitely do this tour again. Thank you!
Reviewer: Michelle