Explore the North Shore by Jeep 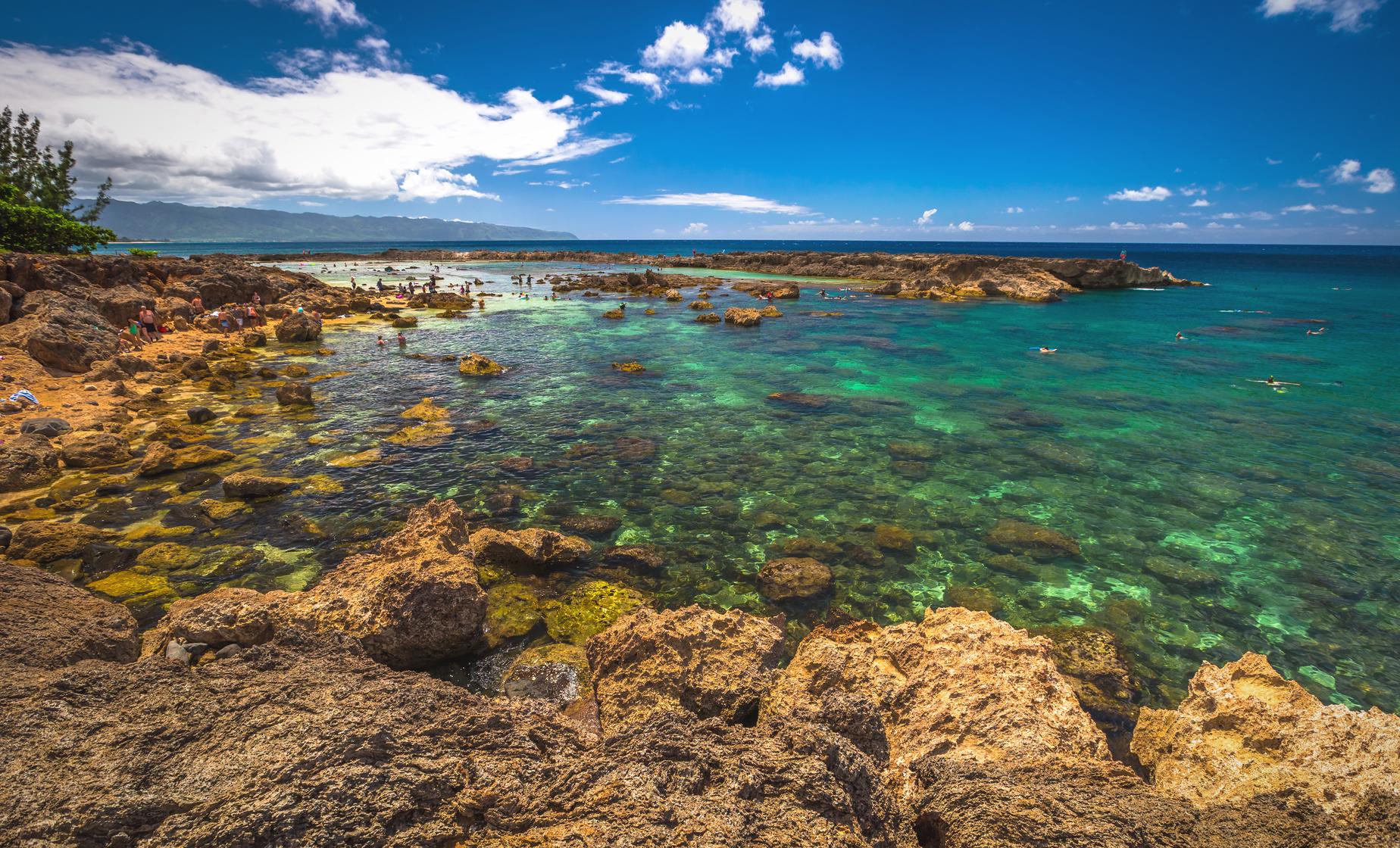 Capture breath-taking views with your camera spanning from Waikiki to the Windward Coast, as you travel along Oahu's North Shore in a comfortable Jeep when you book this exciting expedition in Honolulu. Your exciting tour includes convenient round trip transportation to and from the pier.

Your tour will stop along the infamous seven-mile stretch of North Shore surf spots where world-renowned surfing competitions are held during the winter months like the Vans Triple Crown of Surfing. If you're traveling from November through February, have the chance to catch waves as high as 30 feet as opposed to summer months (May-September), where the waves subside for a serene setting that's ideal for soaking up the sun, swimming, and surfing alike. Next make your way to Laniakea Beach or Turtle Beach, and have the opportunity to see honu or green sea turtles as they emerge from the water to the beach and feed on seaweed. Your tour also takes you to the iconic Shark's Cove, a lava rock beach that features impressive rock formations and a variety of marine wildlife, such as harmless reef sharks with white tips, green sea turtles and tropical fish.

The last leg of your tour takes you to Dole Plantation, a former fruit stand built during 1950. It has since transformed into a popular attraction that brings in more than one million visitors who come to delight in its delicious pineapples and explore its world-renown maze. Continue your Jeep tour as you ascend hundreds of feet in the air trekking through the lush landscapes of the Nuuanu Valley along Pali Highway's winding path to Pali Lookout, the historical site where King Kamehameha won an epic battle that united the Kingdom of Hawaii and where you can catch stunning valley views.

Catch views of the iconic 88-acre He'eia Fish Pond that served as a food source for ancient Hawaiians for centuries and Chinaman's Hat, a tiny island shaped like a pyramid that is home to several non-native plants and birds. Before ending your tour and heading back to the pier area you will make a stop to catch views of the legendary Laie Point, where legend has it that the small islands off the coast comprised the remnants of giant lizards that a powerful ancient chief had slain.

Whether you're looking to take postcard-worthy photos of the North Shore coastline or want to catch some waves, this exciting Jeep tour offers the best of both worlds. Book this tour today and get ready to experience an adventure of a lifetime in Honolulu.