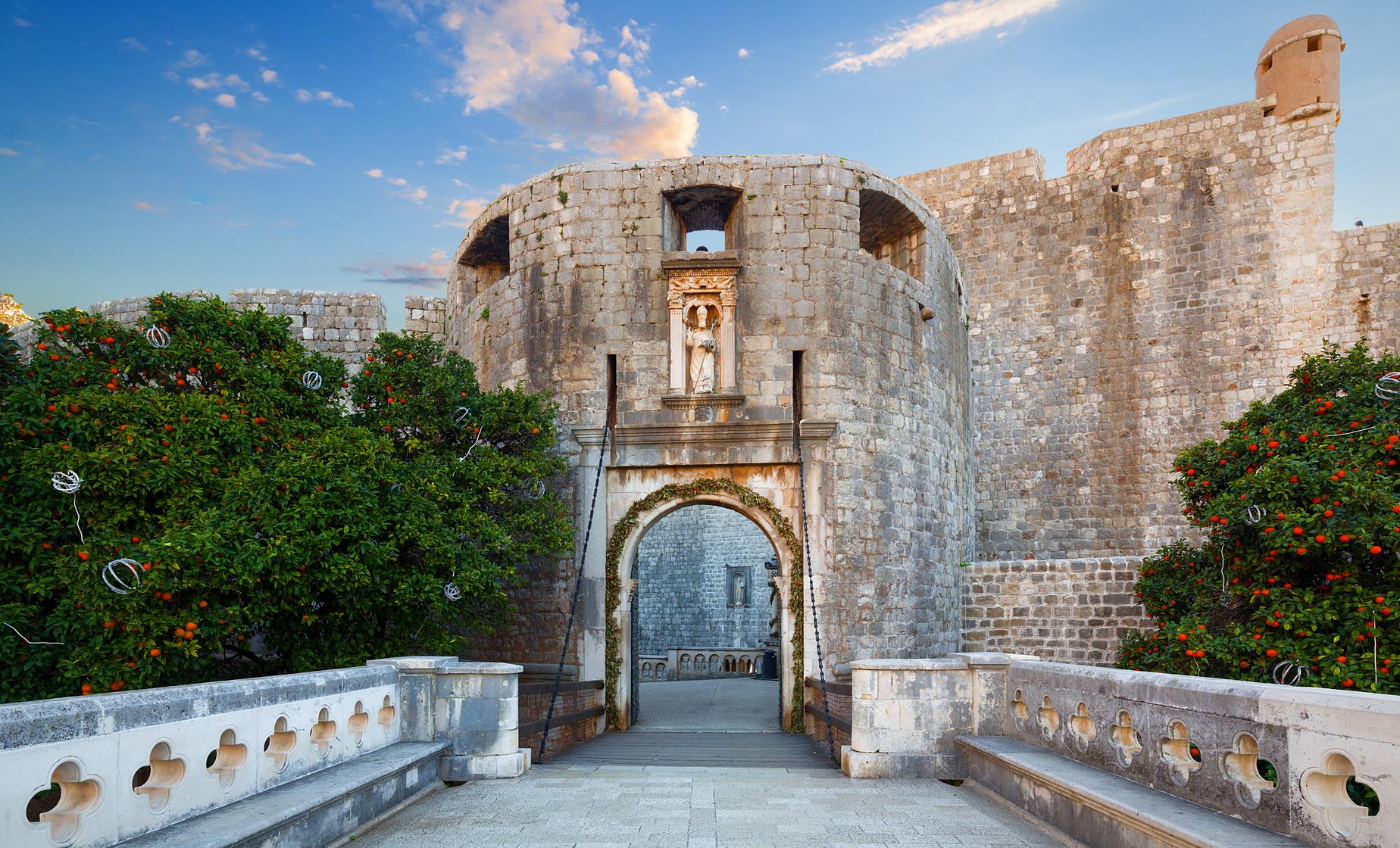 An approximately 5-minute walk, an approximately 10 to 25 minute taxi (not included, approximately 15 EUR each way), or an approximately 10 to 25 minute shuttle (not included, approximately 15 EUR per person) is required to reach your departure location.
Food/Beverage Provided Not Included
Recommended Dress We recommend wearing comfortable walking shoes and light clothing during the summer months. A hat, sunscreen, and sunglasses are also suggested.
Restrictions This tour cannot accommodate wheelchairs and is not suitable for guests with walking difficulties. Guests must be able to walk on paved, as well as cobblestone surfaces. There are steps required at the sites, and steep curbs in some areas.This tour may include strenuous walking activities on uneven terrain.

Game of Thrones fans will love this Dubrovnik tour that takes you to various filming locations of the popular television series. See sets from George R.R. Martin's epic series and enjoy the history lesson of a lifetime. Make your reservation now!

During this Dubrovnik sightseeing tour, you will explore all parts of the city including The Pile Gate and the Lovrijenac Fort. The former is the site where citizens famously threw dung at King Joffrey while the latter is the location of the "Battle of Blackwater". These locations and more have fascinating history outside of the television show as well. Your guide will provide you with fascinating anecdotes throughout the Dubrovnik TV tour.

As you go from site to site, you will be treated to photos that show exactly where each site appeared on the show and what occurred. We strongly recommend that you wear comfortable walking shoes as portions of this tour take place on uneven terrain. Due to the popularity of this tour, please book your tour as soon as possible.

Shore Excursion Leaves From
Depending on where you are docked, an approximately 5 minute walk or a 15 to 30 minute taxi or shuttle (not included) is required to reach your departure location. (Full details will be provided in your electronic ticket upon confirmation.)

Recommended Dress
We recommend wearing comfortable walking shoes and light clothing during the summer months. A hat, sunscreen, and sunglasses are also suggested.

Restrictions
This tour cannot accommodate wheelchairs and is not suitable for guests with walking difficulties. Guests must be able to walk on paved, as well as cobblestone surfaces. There are steps required at the sites, and steep curbs in some areas.This tour may include strenuous walking activities on uneven terrain.

4.8 / 5  |  29 ReviewsReview This Tour
Excursions
Had a wonderful time on the tour and the shopping was great. Game of thrones just like the movie
Reviewer: DeAnna Douglas

Feels like You are Part of Cast!
Our guide was so excellent; been 2 months now, but I think her name was Eva. She was beautiful, enthusiastic and so knowledgeable! I have only seen Season 1 (late bloomer), but actually going to a place with a castle, was almost surreal! There are lots of steps on the way up, but the guard rail helped! I, along with others, had to go slowly. I have lupus so I was quite proud of myself. The views were so worth it!! Dubrovnik was so welcoming and accents were so European!
Reviewer: Vicki Miller

Game of Thrones
Guide was very enthusiastic and happy to answer questions. She made sure everyone was taken care of. It Was a pleasure to be on tour
Reviewer: Ernie Dowsett

A Must!
The tour was just as described. GOT fans will love it and even if not a GOT fan, plenty of history and beautiful views. Our tour guide was very informative. Make sure to wear hiking shoes/sandles.
Reviewer: Heather Champine

Fun insightful tour
Excellent tour showing off charming sights in Old town Dubrovnik while providing interesting details behind the scenes of Game Of Thrones. The tour guide was excellent and you could easily tell how much she loved the show.
Reviewer: Mike Whalen

Game of Thrones Tour
The tour and tour guide were great. We really enjoyed it. I wish we had the name of the book she used during the tour.
Reviewer: TB