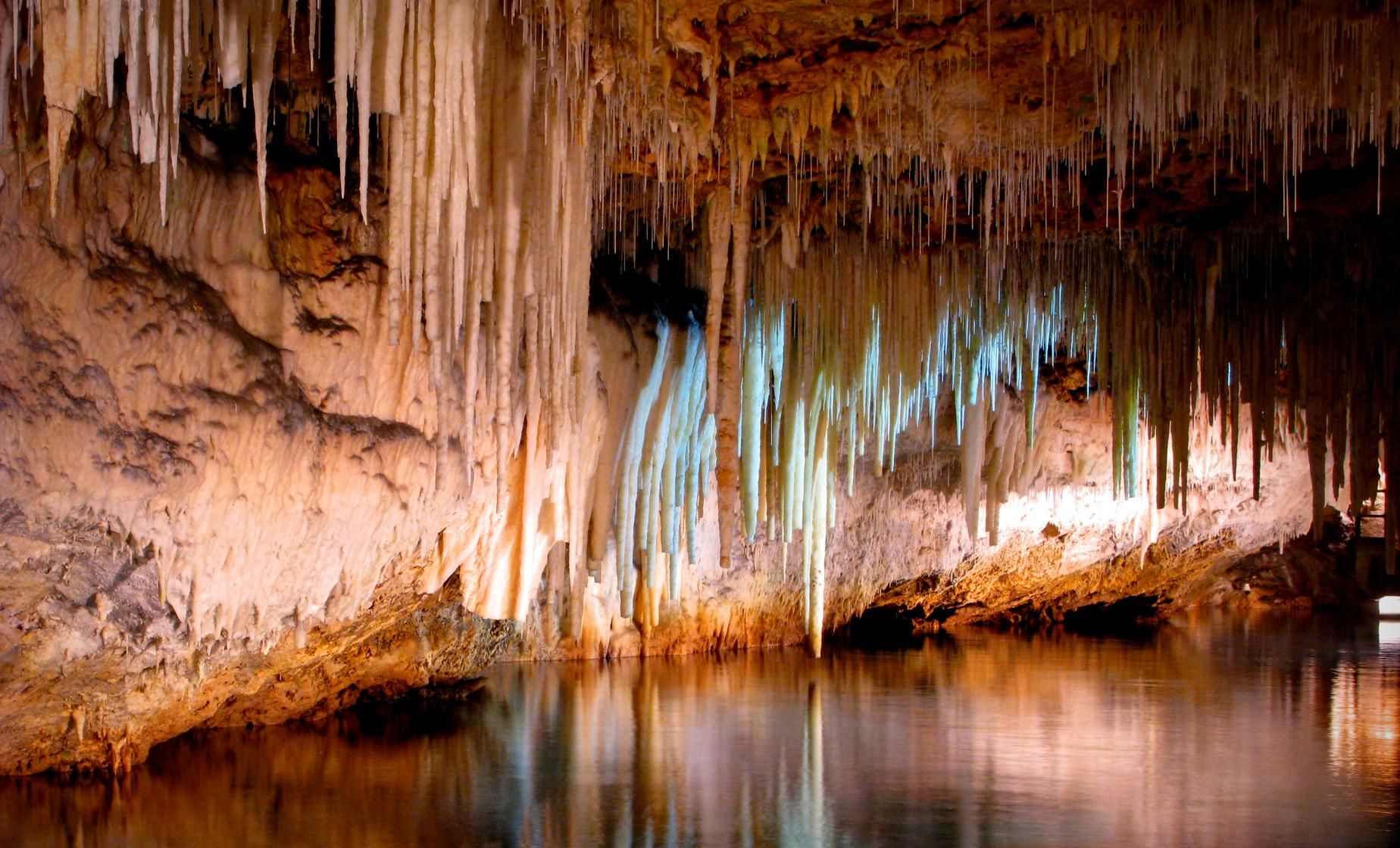 Cruise Ship Pier
Food/Beverage Provided Not Included
Recommended Dress We recommend wearing comfortable clothing and sensible, flat-soled walking shoes. A hat, sunglasses, and sunscreen are also suggested.
Restrictions Guests must be able to get in and out of the transportation. This tour is not wheelchair accessible.

Your journey through time begins as you meet up with your guide and head to the Green Grotto Caves, Jamaica's most prominent natural attraction. From the pier, your guide will take you on an approximately 30-minute scenic drive to the opening of the caves. These caves are nestled deep in the thick, green rainforest, making them perfect for the various groups that used and took refuge in them.

Once on site you will descend down a labyrinthine maze into an other-worldly area full of stunning stalagmites, stalactites, pristine water flows and more. The Tainos (Arawak Indians) used this secret hideaway to hold ceremonies, as evidenced by the multiple fragments of pottery and other artifacts in the area. Spaniards sought refuge in the caves in the 17th century during the English invasion, and in the 20th-century, the caves were used by smugglers running arms to Cuba. The Jamaican government also used the caves during World War II to store barrels of rum; in modern times it has sought the preservation and protection of this wonderful piece of history.

Continue on to the Seville Great House, a historic house built on land awarded to Captain Hemmings, an officer of the army, following the capture of the island by the English in 1655. The actual structure standing today was built in 1745 by Hemmings' grandson on the site of the original house. Originally a 2-story house, the top floor was lost during a hurricane around 1898 and never replaced. This building is symbolic of the English period, with timber floors and cedar roof shingles with a distinct cap and comb feature.

Step through the doors fashioned out of solid raised panel mahogany and marvel at the mahogany arches separating the living and dining rooms. You can walk out onto the extensive veranda with its square, wooden columns and imagine what kinds of conversations went on there. While on the grounds be sure to check out the exhibit with artifacts that explain who the Taino people were and how they lived their peaceful lives. You will also meet the staff, many of whom are descendants of the slaves that worked the estate centuries ago. Reserve your spot on this cultural tour and get ready to watch history come alive before your eyes.

x
Small Shore Excursions generally range in size from 2-20 people, providing a more personalized experience than the large excursions offered by the cruise lines.
Standard Shore Excursions typically range from 20-50 people. These tours are similar in size to those of the cruise lines. While these day excursions are larger in size, our focus on quality remains extremely high.
Private Shore Excursions allow you to travel with your party alone. For groups of 4 or more, we can usually arrange a private shore excursion for less than the cost of a large cruise line tour.
Easy/Minimal Physical Activity: Only light walking and no major climbing required. You may need to negotiate a few steps.
Moderate Physical Activity: A fair amount of walking is required, and you may need to climb up full flights of steps and or negotiate uneven terrain.
Difficult/Significant Physical Activity: A large amount of walking and or climbing is required, often over unpaved and uneven terrain. You should be in good physical health if you reserve one of these tours.
Your booking confirmation will contain clear instructions on where and when to go to start each of your tours. It will also include instructions on what to do in the very unlikely event that you encounter difficulties in meeting up with your guide.
Guest Information Required