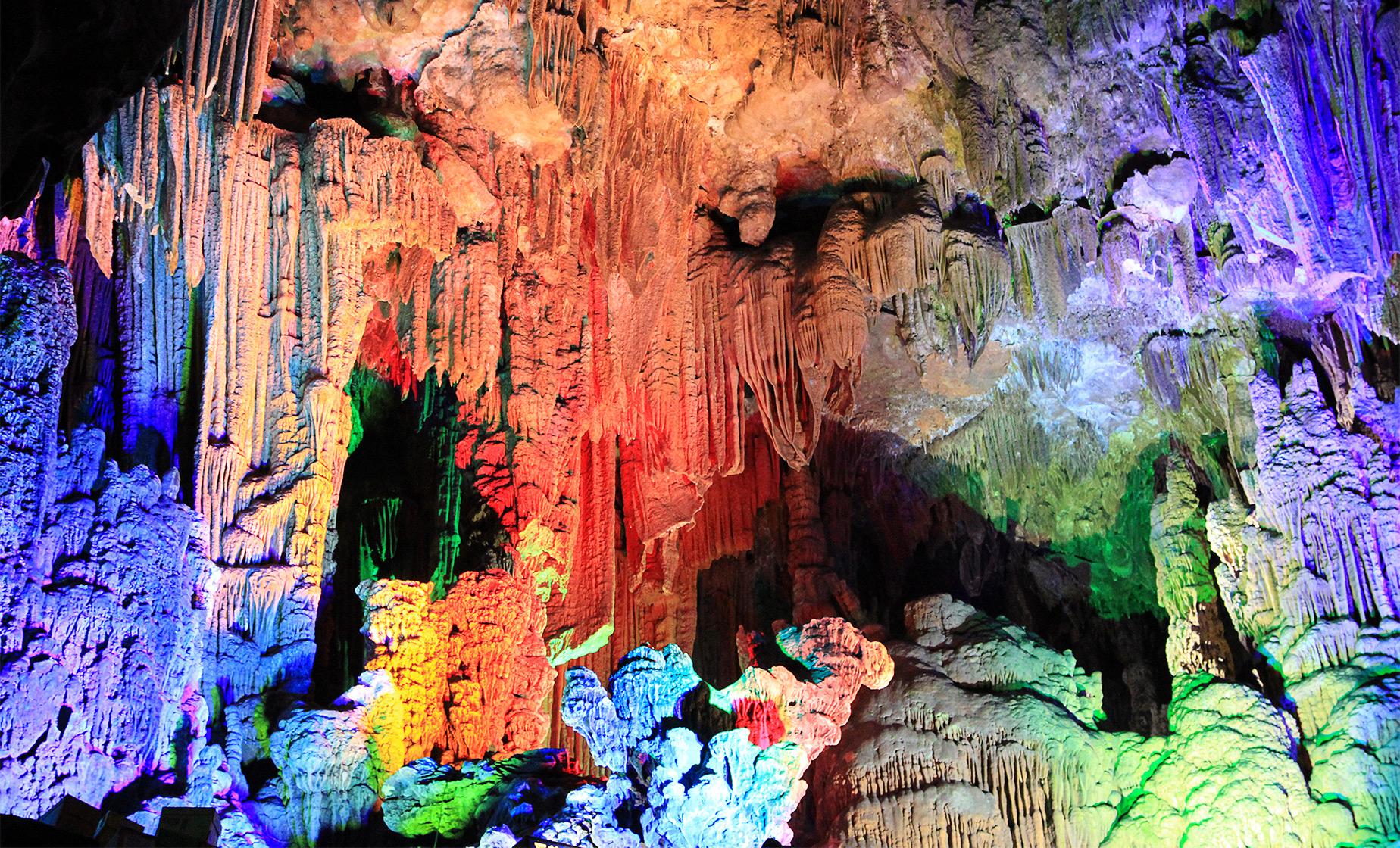 Known by several names describing the use of the caves over the years, Green Grotto Caves is a large labyrinth cave system with a history just as long as its tunnels. Measuring 1,525 meters in length and 12 meters in depth, the caves are the island's most prominent natural attraction.

From the pier, your guide will take you on an approximately 30-minute scenic drive to the opening of the caves. Once there, you will descend below ground to view magnificent stalactites, stalagmites, and other unique limestone formations. Look up into the ceiling pockets to find several species of Jamaica's bats, including the Mustache and Jamaican fruit-eating bat. The caves have several sunlight holes that help illuminate the numerous chambers. Keep an eye out for various life forms, including snails and snakes. This extensive cave system also boasts a river and Grotto Lake, a crystal clear underground body of water.

Discover the caves' diverse cultural history, starting with the Arawak Indians, whose pottery shards are still unearthed from time to time. Learn how the caves were used as a hideout by the Spaniards during the English invasion of Jamaica in the 17th century, and then used to smuggle arms to Cuba in the 20th century. At one point, the caves were used by runaway slaves, as well as a storage place for rum barrels by the government during the Second World War.

If you like mystery and adventure, you will love this chance to discover Jamaica's hidden underworld. Book this scenic tour now and be sure to bring your camera.

Recommended Dress
We recommend wearing comfortable, seasonal clothing and closed-toe walking shoes. Guests should bring a light jacket or sweater to wear inside cave. Protective headgear will be provided.

Restrictions
Participants should be in good physical condition and free of respiratory and heart conditions. All participants must be able to navigate stairs. This tour is not wheelchair accessible.

4.8 / 5  |  16 ReviewsReview This Tour
Enjoyed It
We elected to go to the Green Grotto since it was one of the tours that was not offered through our cruise ship. The ride to the grotto was amazing and very informative as the tour guide informed us of the history of the island, the way they live, and answered any questions that we had. Once we arrived at the Grotto, another tour guide took us through the caves. There are bats, birds, and hardhats are provided. Be prepared for a lot of uneven terrain and lots of stairs to get down to the Green Grotto. It was amazing to think about the people could travel these caves in pitch black. Would definitely recommend it if you are looking for something you can take the whole family to.
Reviewer: Emma Wingfield

Family Friendly
We visited Green Grotto Cave in February. The caves were nice they were warm so not jacket needed. The walk was easy but their is a place with steep steps. Guide was nice and informative. I felt the excursion was priced appropriately. Our driver took us to lunch at the restaurant across the street the food was good and reasonable priced as well.
Reviewer: Erica

Green Grotto Caves
Fun walk thru the cave. Small group that was ahead of the cruise line groups which was nice.
Reviewer: RAYMOND RUMSEY

Tour
Enjoyed the trip to the caves. Our guide was able to provide a lot of information and knowledgeable.
Reviewer: Laura Wallett

Cave tour
We arrived at the cave early before the buses. We had a private tour with a guide that was excellent. He engaged our two grandsons. It was a dry cave, we were used to wet caves.
Reviewer: Gary Welch

Surprisingly fun and intriguing!
This was an educational, ecological, cultural, and historical, experience. Even though I'm using words I'd normally associate with a stuffy museum, my family and I thought this was a refreshing change of pace from your typical ocean, beach, water activity type excursion. Our 9, 14, and 16 year-old boys had a ball. This was surprisingly fun and intriguing! Our guide seemed extremely knowledgeable, and passionate about the grotto. He guided us through the tour using wit and humor. Even in the deepest and darkest corners of the cave the wife and children were never uncomfortable.
Reviewer: G. Auguste