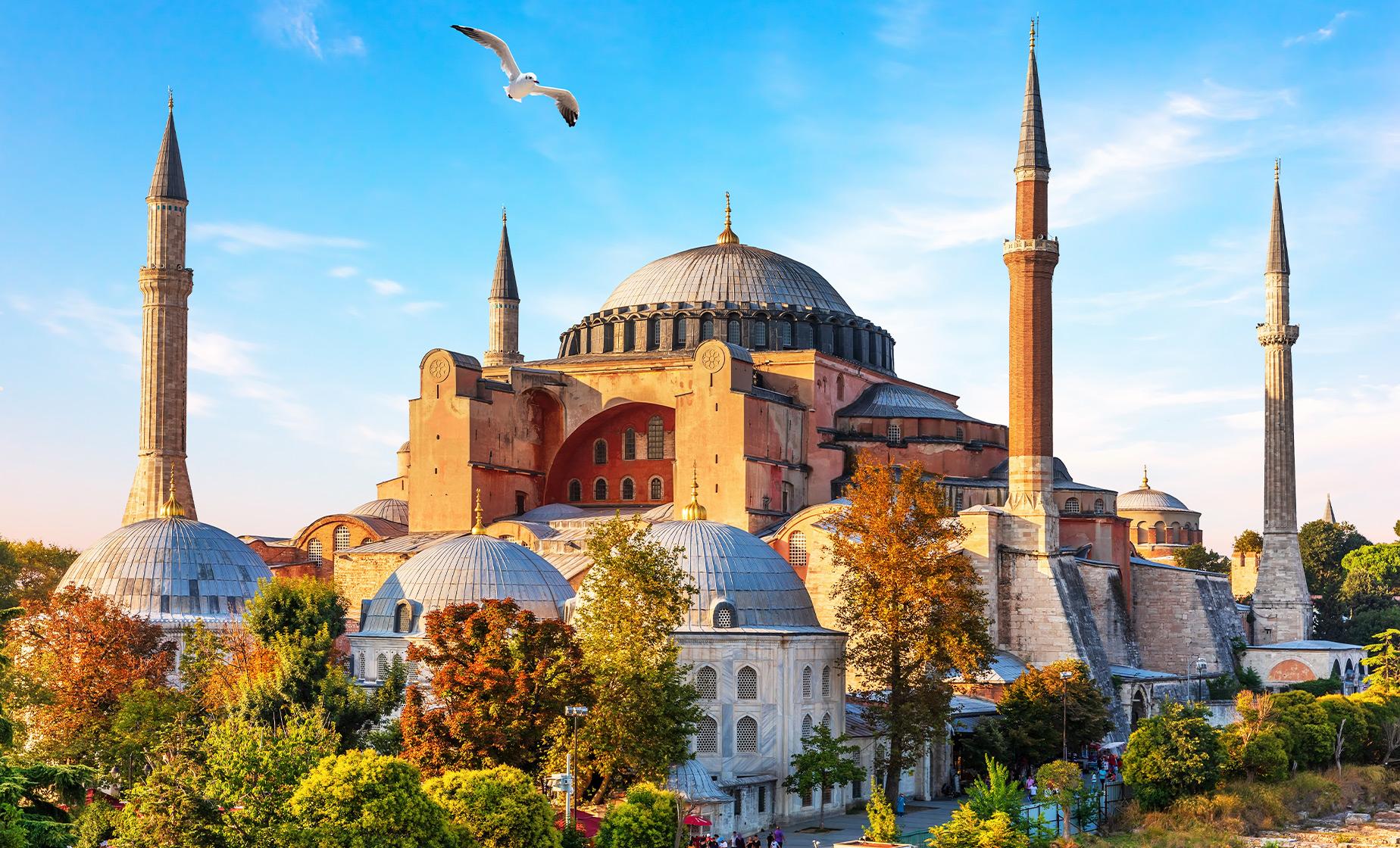 Cruise Ship Pier
Food/Beverage Provided Not Included
Recommended Dress Shoulders and knees should be covered during visits to religious sites. Comfortable walking shoes are recommended.
Restrictions This tour is not handicap accessible.

If you want to experience the marvels of Istanbul, this half-day Istanbul sightseeing tour is the perfect option. Tour one of the most famous architectural creations in history, Hagia Sophia, and visit the Hippodrome and Blue Mosque. This half-day Istanbul tour will take you to all the highlights of this magical city.

The Hagia Sophia was originally an orthodox patriarchal basilica before being converted to a mosque and is now an informative museum. Famous specifically for its huge dome, it is often regarded as the essence of Byzantine architecture. As the largest cathedral in the world for over a thousand years, Hagia Sophia is an element of history that you will be amazed to witness. Next, you will tour the Hippodrome of Constantinople, which is a famous square in the city of Istanbul. During the reign of Emperor Constantine the Great around AD 324, the Hippodrome functioned as a circus and a site for other entertainment purposes. Today the area is officially called Sultan Ahmet Square and is an exciting and historical visit on the tour.

The Blue Mosque, otherwise known as the Sultan Ahmed Mosque, is the next stop on the tour. The culmination of two centuries of both Ottoman mosque and Byzantine church development makes this mosque overwhelming due to its size, brilliance, and majesty. Built-in 1616, this mosque consists of a facade, interior, and general architecture that will amaze due to its vast size and overwhelming beauty.

The Grand Bazaar will be the last stop on your tour. The Grand Bazaar is one of the oldest and largest markets in the world and contains more than 4,000 shops over an area that consists of 61 streets. Inside the walled city of Istanbul, during your Grand Bazaar tour, shop and enjoy the Turkish culture that this market has to offer. The Istanbul half-day tour is the best way to explore the marvels of this historical city excitingly and educationally.

5.0 / 5  |  2 ReviewsReview This Tour
What a wonderful day
Seljuk Ersan knew his history and was a delight. He spoke great English and the tour moved in a timely manner. We got into every site without a long wait and did not feel rushed at all. He gave such insight into the culture and people of the area.
Reviewer: Paintingpixiecat

A surprising adventure
I took this excursion on the first day of our docking in Istanbul. My husband and I were lucky enough to be the only ones on this excursion. This was marvelous in that most tour companies would have cancelled the tour. Instead, we got the royal treatment including a great photo shoot of Istanbul out over the harbor at sunset.
Reviewer: Ms Terry