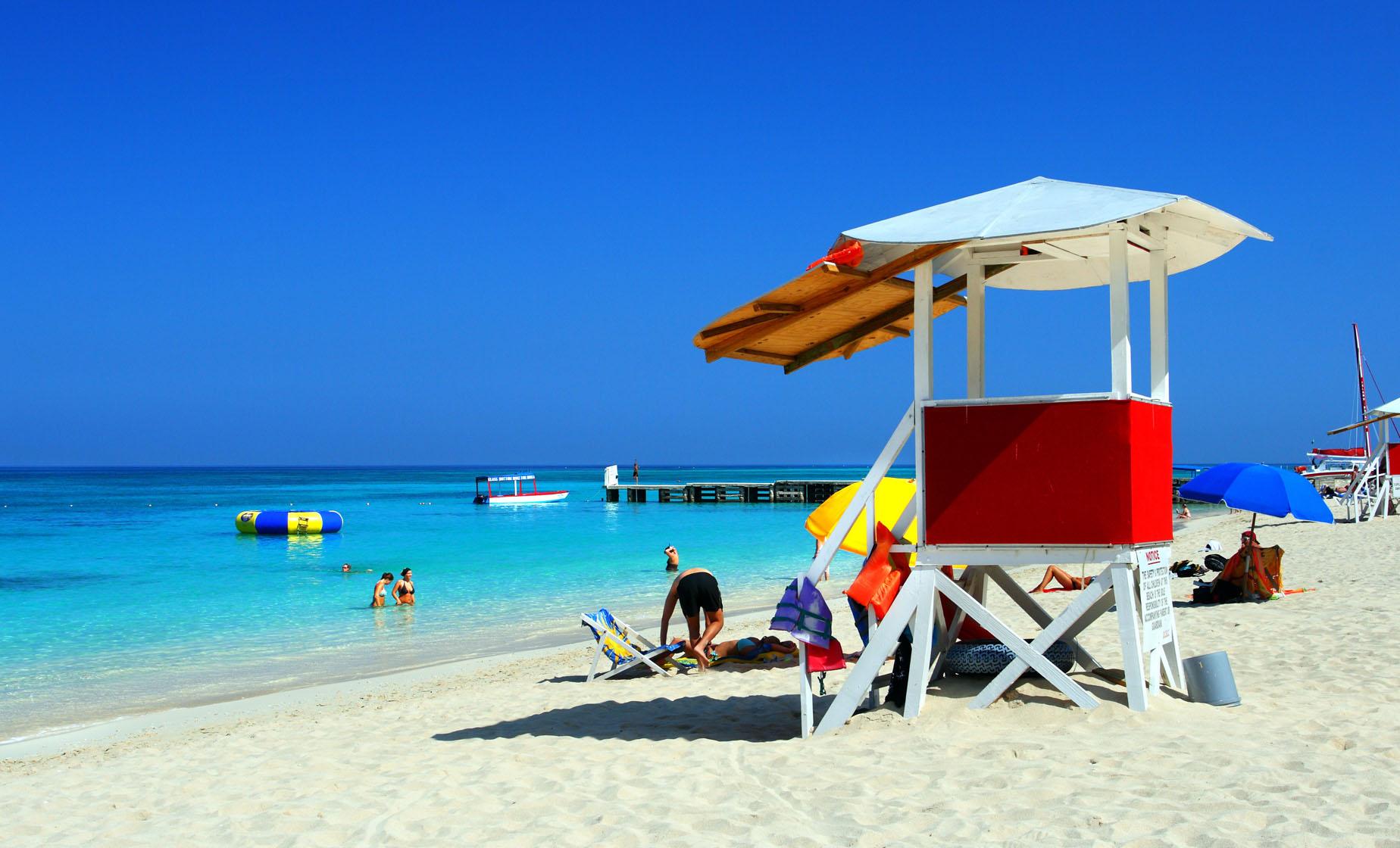 4.8 / 5  |  6 ReviewsReview This Tour
Price: $55.00
Children ages 2 and under are free of charge but must be accounted for.
Choose Options My Cruise Itinerary
Summary
Shore Excursion Size

Cruise Ship Pier
Food/Beverage Provided Snack in included.
Recommended Dress We recommend wearing your swimsuit under comfortable, seasonal clothing and good walking shoes. Guests should bring sunscreen, a hat, sunglasses, and a towel.
Restrictions Guests must be able to get in and out of vehicle, and to walk to tour sites. This tour is not wheelchair accessible. Children ages 2 and under are free of charge but must be accounted for.

Your expedition begins as you board an air-conditioned vehicle to spend the day in Montego Bay, the tourism capital of Jamaica and the second largest city on the island. Discover the city through the lens of history beginning with the arrival of Christopher Columbus in 1494. Hear stories about Montego Bay's early days as a sugarcane port as well as its darker days of slavery.

Richmond Hill also boasts a 1700's English-style manor that hosted many notables including Richard Nixon, Roger Moore, Dustin Hoffman, Paul Newman and Eddie Murphy as well as various government heads. Entrance to the house is optional for an additional fee (not included, approximately $5 US per person) payable at the site.

Conclude your tour with some fun in the sun at the famous Doctor's Cave Bathing Beach. The famous British Osteopath Sir Herbert Barker declared in the 1920's that the water has curative powers when he was restored to good health after visiting the beach. Since then many locals and foreigners have visited this beach hoping to cure their ailments.

Reserve your spot now for this memorable tour of Montego Bay.

4.8 / 5  |  6 ReviewsReview This Tour
Amazing time
The beach was absolutely breathtaking and it was wonderful to get in catch some rays and relax. The tour over the city was informative and interesting. The guides were exceptional. Knowledgeable and were caring of the people's needs.
Reviewer: Myra Irizarry

Great people
We had a great time with our tour guide, Jody, and driver, LenRoy! They were very knowledgeable and made the whole experience one to remember. We would definitely suggest people give them a try on their next stop in MoBay!
Reviewer: Tim and Tina Mitcham

A good excursion for the whole family
Our tour guide was Anna Kay and our driver was Paul. Driving in Jamaica is no joke and Paul shows his talent in getting you there and back in one piece. Anna Kay was intelligent, funny, and taught us how to say a few words in Jamaican. She even let us all stop at the optional Richmond Hill Inn which I recommend you do if it is offered. The highlights of Jamaica was interesting and short enough so that we had plenty of time at the beach. Lunch was not well planned as there were other tour buses there and it took forever at this little roadside café where we could have traditional jerk chicken. Doctor's Cave Beach was nice but crowded.You stop at this hotel so it's rather secure and there is food, drink, and shopping options close by. The beach is clean and has very good snorkeling just off the shore. We saw stingrays several times! All in all, I was pleased with the excursion for the price. I was traveling with my husband and 19 yr old,16 yr old,and 6 yr old.
Reviewer: Sarah Pratt

We had a great time!
Our tour guide were excellent, the tour was just enough to get to know the island. Jerk stop was yummy and the beach break was perfect. We even stopped for fresh coconut from a local farmers market.
Reviewer: Erica Morton

Great Day at the beach!
The water was perfect for swimming and the sand and the beach were beautiful and relaxing. Nice food places along the water too!
Reviewer: Krista Connelly

Great introduction to Montego Bay and Jamaica
Our guides - Anarchy and Dr Dre :-) were great fun and pretty knowledgeable about the area. The bus was pretty comfortable with air-con. We stopped several times at local sites of interest, plus a visit to the expected 'tourist trap' shop which was a little overpriced but we only bought a few small items, and our guides got their 'commission' so everone was happy. We went up to visit the Richmond Hill Inn with its stunning views over Montego Bay. Definitely worth the $5 entrance fee. We then had a couple of hours at Doctor Cave beach which was included in the price of the ticket - lovely beach and water / good changing facilities / beach drinks service - before being collected and taken to a local restaurant - Sky Bar and Grill on a hillside overlooking the ocean and airport. Nice spot for a bit of food and the obligatory Red Stripe beers before going back to the port to return to the ship. Reasonable value at $50 per person (although we also got a 10% discount).
Reviewer: Alex Reeves