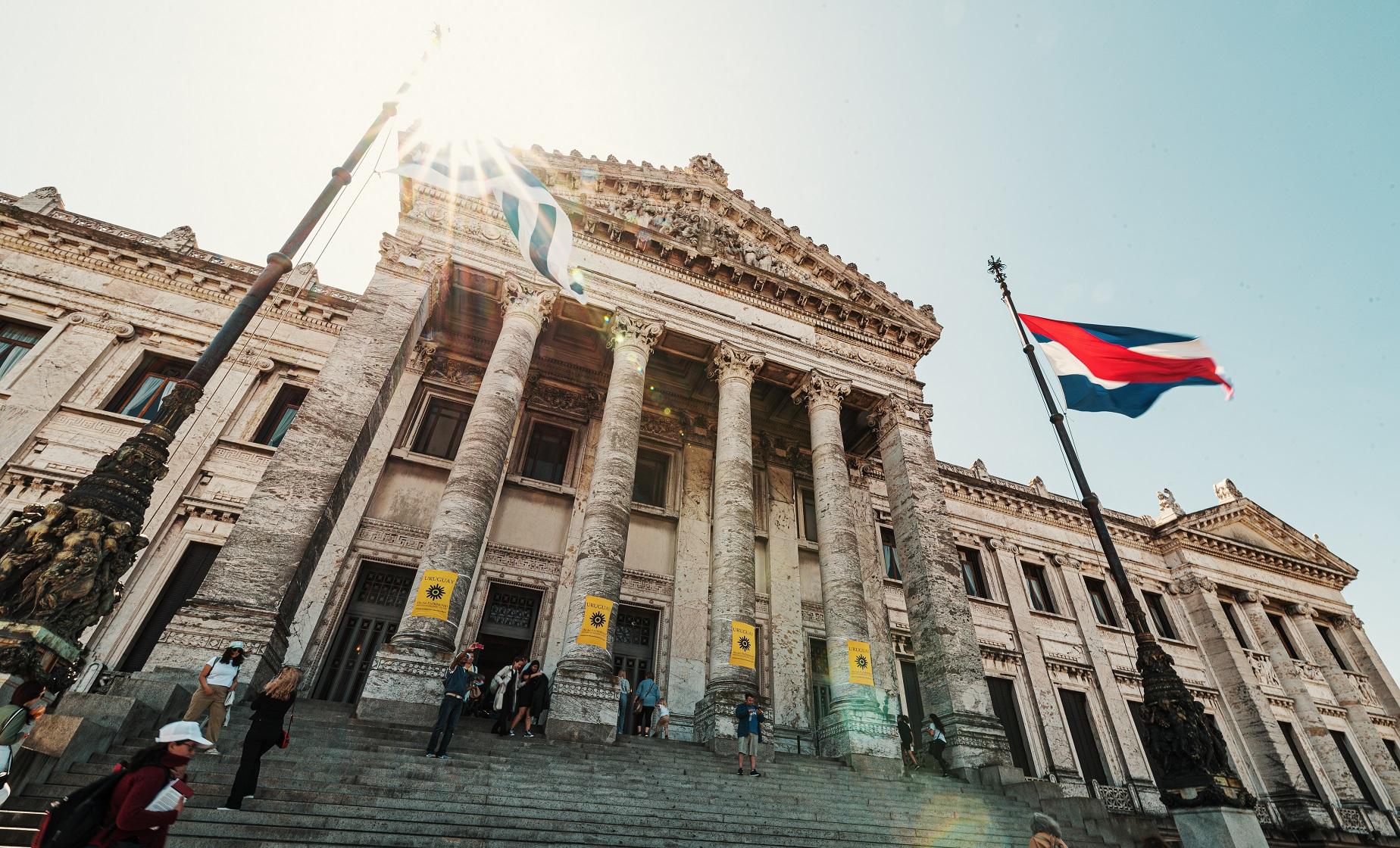 Cruise Ship Pier
Food/Beverage Provided None
Recommended Dress We recommend wearing comfortable, weather appropriate clothing and walking shoes.
Restrictions Guests must be able to get in and out of the transportation. This tour can accommodate a collapsible wheelchair.

Experience personal attention, away from the large group tours offered by the cruise lines, when you book the Highlights of Montevideo City tour. This comprehensive tour includes visiting the Old Town (Ciudad Vieja), Port Market, Parliament Palace and much more.

Begin directly at the pier and board your comfortable, air-conditioned vehicle and be provided with excellent local, knowledgeable guides. The eclectic city of Montevideo is also the capital of Uruguay and the 8th city on the 2013 MasterCard Global Destination Cities Index for Latin America.

Your first stop is in the historic Old Town, where you can view beautiful buildings from colonial times. The old part of the town is held by Spanish military fortifications whose stone walls set the boundaries of the fortified San Felipe y Santiago city by the guarded fortress named Ciudadela. See also the Solis Theatre, The Cabildo, the Metropolitan Cathedral, the Museo Torres Garcia and other museums. There are also many galleries, cafes and antique shops in the area.

Next you will see Plaza Independencia (Independence Square) close to the city center. On this square you will see the statue and the Mausoleum of General Artigas, a Uruguayan national hero. Also view the Presidential offices, Palacio Estevez, Palacio Salvo and the Ciudadela Gate. Continuing you will see the Parliament Palace, inaugurated in 1925. The symbolism and neoclassical architectural style represents the democratic values of the country.

From the Parliament area, you will take a scenic ride to Mercado Agricola Montevideo (MAM), one of the last iron-built markets in the Montevideo. What began as a humble fruit and vegetable stand in 1913 has since expanded twice into a shopping mall a city block in length offering a variety of goods. You will find today there are still vendors selling fresh fruits and vegetables. In 2006 the building was refurbished and helped to revitalize the entire neighborhood.

After your introduction to some of the history of Montevideo you will next travel to the Obelisco De Los Constituyentes. This bronze and granite obelisk was inaugurated in 1938 as a tribute to the writers of the nation's first constitution, dating to 1830. The sculptor of this work of art is the famous Jose Luis Zorrilla de San Martin.

Continue to the area named Parque Batlle, or Battle Park, where you can stroll through the largest public park and green space in the city. While here, pause at La Carreta, a stunning bronze monument depicting oxen pulling a covered wagon that was created in 1934 by Jose Belloni. Next to the monument you will also see the famous Estadio Centenario, the soccer stadium inaugurated in 1930 for the World Cup in which Uruguay was victorious. On July 18, 1983 it was declared by FIFA as a World Football Historical Monument, being the only construction of its kind in the world.

Make your way to the beautiful sands of Pocitos Beach and pose for a photo at the Montevideo sign. Admire the picturesque view from here as you look upon Pocitos Bay.

Make a stop for a brief look at the Port Market, (Mercado del Puerto) and admire the iron structure that was built in Liverpool. At present, this area is one of the most typical gastronomic centers of the city where locals and visitors can taste the delicious Uruguayan meat which is cooked on the big barbecues. A great number of artists also perform in the surrounding area turning the streets into large theaters. Return along the River Plate enjoying city views back to port area and your ship.

This tour is perfect for those who are short on time but want to gain a great overview of the city. Reserve your seat on this special tour today.

4.7 / 5  |  10 ReviewsReview This Tour
Exclusive Four Port Best of South America Review
We recently used Shore Excursions Group for a number of tours while on a South American cruise in February 2020. We purchased a four pack tour. All in all we were very happy with the excursions and the size of the tour groups. The buses were mid- sized with under 20 people per excursion. Much better than the 30 to 40 people you would have on a cruise ship excursion. The “Highlights of Montevideo” was an interesting overview of the town of Montevideo. Our guide was very passionate about his town and the country of Uruguay. The tour started off in the Old Town and provided a wonderful view of many colonial buildings. From there we went to Independence Square where we were able to walk around and take pictures of some of the more interesting buildings and Central Square. The tour also included stops at the Mercado Agricola Montevideo market and of course the large Montevideo sign overlooking the bay.
Reviewer: JIM MUNSON

Excellent guide
Our family of four took this excursion. Because there are only 4 of us, so we ended up having a private tour. The tour guide is an older gentleman (I forgot his name). He is well dressed and looks very professional. He met us at the pier. He took us to old town, explained all the historical buildings and sites. He is very knowledgeable of his country so we get to learn a lot. He worked extremely hard to give us all the information about Montevideo and Uruguay. The only thing that this tour can improve is to spend less time in old town and more time in new part of town and the beautiful beach boulevard. We only drove by those beautiful beach boulevard. I also heard there is a section in Montevideo with many new high rises from other cruise travelers. Old town is ok with history but it looks run-down with so many graffiti. Overall, the tour guide did a fabulous job.
Reviewer: J Wu

A Great Introduction to Montevideo
This tour was a small group (5 people plus driver/guide) minivan tour of the city of Montevideo. It was well-done by our driver, who gave us a comprehensive tour of this diverse and beautiful city. Our very personable driver communicated well in English for those who were not Spanish-speakers. This tour is highly recommended and much appreciated !
Reviewer: Richard and Linda Edwards

Montevideo was a highlight of South American
Our private guide gave us a great tour of this fabulous city. This town is clean, beautiful and crime free. A huge difference than Rio was. I’d recommend this tour to everyone who travels here. It was not rushed and we really got to know the people by virtue of our wonderful driver/guide. His vehicle was immaculate and he knew all the shortcuts to the sights of this city.
Reviewer: Mark Fisher

Great driver/guide
This turned out to be a private tour. What a wonderful driver/guide! He had very good English, scheduled all the parts of the tour to make the best use of time, and showed me SO much! He even heard me talk about some of my interests, so he showed me some of those as well. Wow! Great day!
Reviewer: Alana Wallace

Montevideo
Everything was closed since it was Sunday. Tour guide was very pleasant.
Reviewer: oswaldo morales