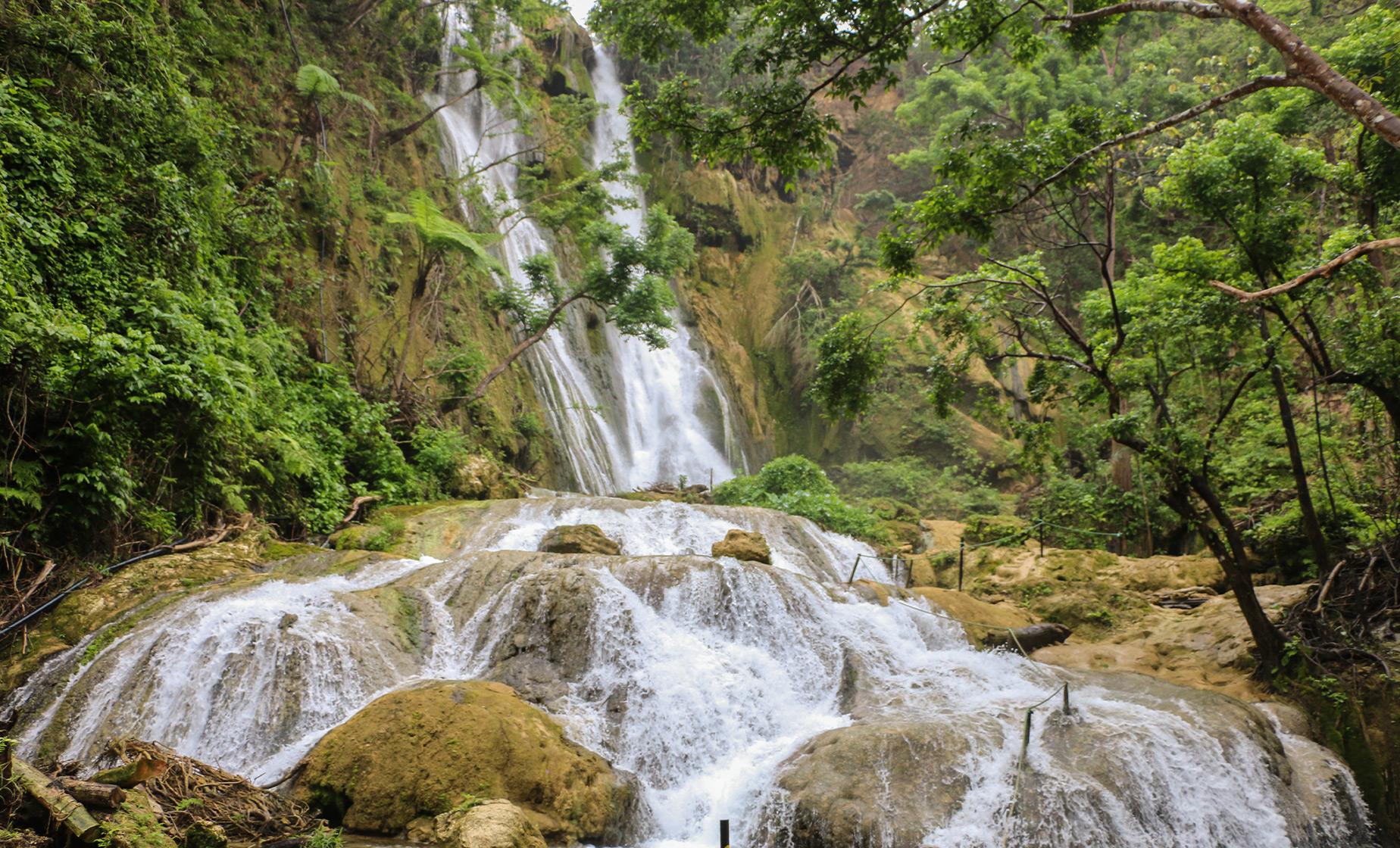 Your highlights tour of Port Vila will be one to always remember as you experience some of the best attractions this amazingly beautiful island affords.

The native Vanuatu people exist in total harmony with nature without destroying the beautiful environment they live in and live each day to its fullest.

We start our highlights tour by driving the short distance to one of the most popular and photogenic spots, Mele Waterfall. A series of clear aquamarine pools terrace up the hillside, culminating in an impressive waterfall flowing into a natural plunge pool.

Continue to one of Port Vila's best scenic lookouts. You will discover a beautiful location that gives you amazing views over the harbor and city.

Learn the culture of this South Pacific island that offers a series of lagoons, beaches and offshore islands, Port Vila is a surprisingly compact, but energetic town. Vanuatu culture retains a strong diversity through local regional variations and foreign influences. Divided into three major cultural regions, the north establishes wealth by how much one can give away. In the center, more traditional Melanesian cultural systems dominate and in the south, a system involving grants of title with associated privileges has developed.

Next you will be introduced to the history of the island beginning when the first European contact began with the Portuguese explorer Pedro Fernandez de Quiros (1606), followed by the French navigator Louis-Antoine de Bougainville (1768) and the British captain James Cook (1774). Cook mapped the island group and named it the New Hebrides. European missionaries and sandalwood traders settled on the fringes of islands from the 1840s, but their impact on the indigenous people was minimal.

To finish your tour, you will take part in a kava tasting. Traditionally, kava was prepared by young boys on Vanuatu, who were responsible for harvesting and processing the root into a potent brew for the evening nakamal, or social kava session. Today, Vanuatu's modern kava industry has expanded to include plantations where kava is grown and processed for export and modern urban kava bars (also called nakamal) where both locals and tourists can gather to partake of Vanuatu's most popular and ancient drink while absorbing the good vibrations of this laid back island nation.

Restrictions
Participants must be able to step in and out of the vehicle. This tour is NOT wheelchair accessible.

4.7 / 5  |  6 ReviewsReview This Tour
Highlights of Port Vila
Joseph Jimmy from Namoti Tours & Transfers looked after us for the day. He was very accommodating and pleasant. There was only 4 people on the tour so we could ask as many questions as we wished. Joseph bought each of us a bottle of water and supplied a spread of local tropical fruit at Blue Lagoon for morning tea. We went to his village and had a lovely lunch at Orovy Beach Restaurant & Bar.All of the above was included in the tour. We were thoroughly satisfied with the attitude and service Joseph supplied. We all gave him a tip in appreciation.
Reviewer: Alan Kruger

Review of Tour Port Vila
Henry (tour guide) and Shane (driver) were very informative. Showed us the Chief's Lodge, then Parliament House, markets the main town, WW1 and 2 memorial that overlooked the town. Went to a lovely coffee place Tanna Coffee and distillery of Sandalwood. Lovely coffee. Visited the underwater post office. We sampled some Kava (not sure about the taste). Delivered us back to the ship. Lovely and interesting tour of Port Vila.
Reviewer: Lyn Slater

Highlights of port Vila
Our guide was very friendly, and took us in an airconditioned mini bus around Vila. There were a few vantage points to take photos, as well as a visit to a coffee plantation. The coffee was excellent! Our final stop, after the highlights of the city, was a sweet little café by the water. Good tour if you're looking for a little history while seeing quite a bit of the port.
Reviewer: Robyn Dempsey

Good overview
Our tour was only 4 people in AC van, Joseph and his mate were very friendly and informative. Nice overview about the city, sights, islands, locals, etc. Well worth time and $.
Reviewer: COLTON RICKERT

Port Vila
We had the most amazing day with Namoti tours. Henry and Joseph were very kind and helpful. As it was Sunday the museums etc were closed so we were taken all the way around the island. Morning tea, lunch and afternoon tea were supplied as well as the occasional stop at a roadside market to sample the wares. Thank you Namoti tours for an awesome day and wonderful memories.
Reviewer: Jenny Burger

Great Tour!
Very informative tour of Port Vila, provided by Namoti Tours. Although I was the only passenger in the minivan, the guide was very friendly and personable, as was the driver. Very easy to engage them in conversation and have them answer my many questions! Very memorable tour!
Reviewer: Morton Caplan