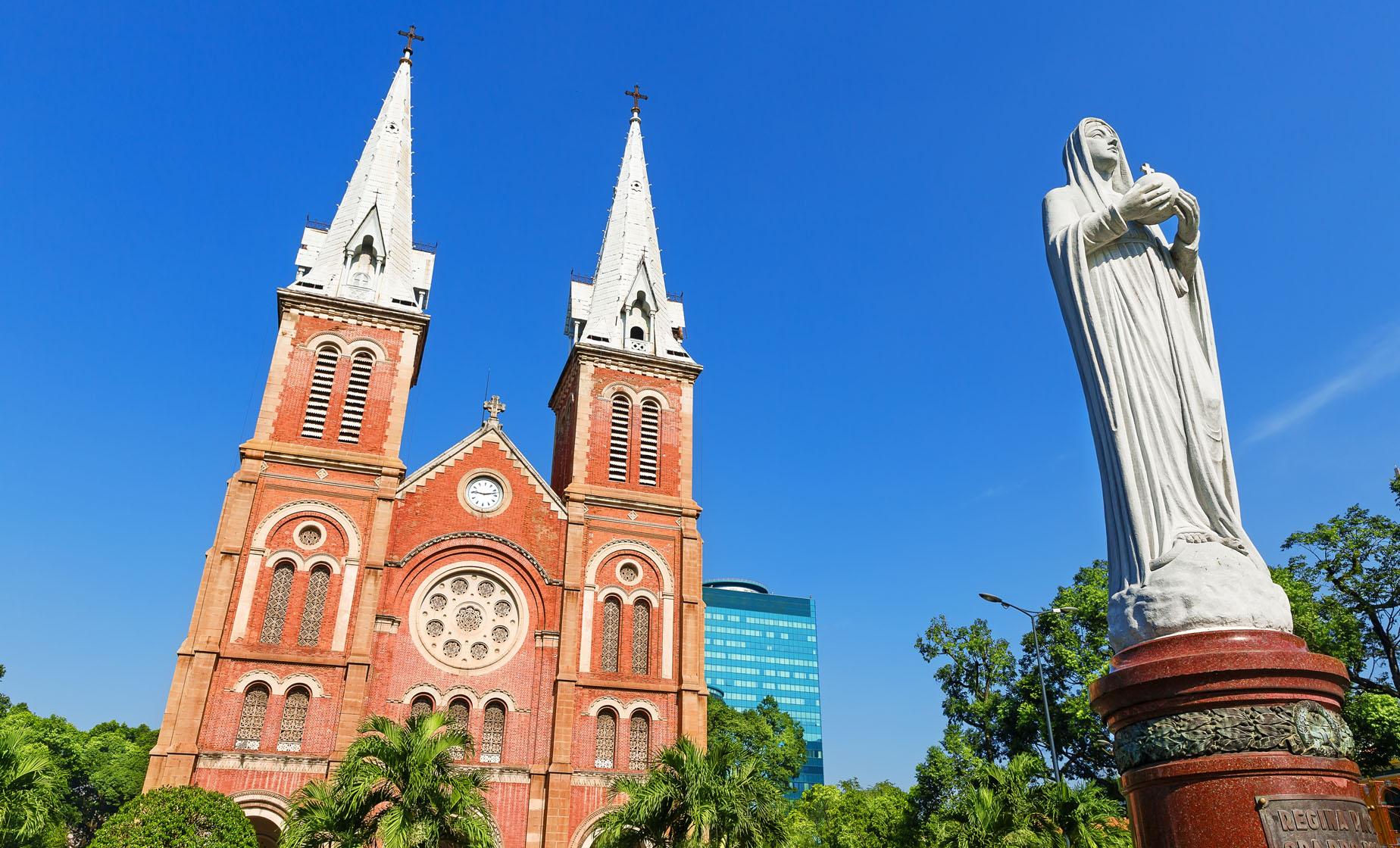 This stimulating, Saigon (Ho Chi Minh City) sightseeing tour is the perfect way for travelers wanting the lay of the land, or for first time visitors to catch Saigon's main areas of attraction. Naturally, you'll see the primary historical and cultural places, but Saigon (known as The Pearl of the Far East) is so much more. It's the high pace of its people, set to the many cafes' thumping beats. It's the shoppers haggling in the colorful market streets. Your knowledgeable guide will elaborate on the many places you see.

As an Asian country (the Chinese comprise the largest ethnic bloc) with strong French and Russian influences, Vietnam embodies a true clash of cultures. Saigon and its nine million residents are the heart of it all.

The communist Vietnamese won independence after the "Fall of Saigon" in 1975. Many attractions echo that era. For instance, the Reunification Palace (formerly the Presidential Palace) is an interesting monstrosity designed in the 1960s with the help of the Soviets. The tank that crashed through its gates on April 30, 1975, signifying 'The Fall' still graces its front lawn.

Known as the 'Paris of the East' you'll also see the landmark twin towers of the Notre Dame Cathedral, made with bricks imported from Marseille, France and stop by the old Post office to get good shots for our memory of the big, modern city of Vietnam.

In Cholon (China Town) sitting at its center is the Thien Hau Pagoda, dedicated to the goddess Thien Hau, protector of the sea. Tourists mingle alongside worshipers who light incense. Inside, photographers will be in a state of euphoria shooting its ornate designs.

Your memorable tour of Saigon will enable you to see the very best of the city, hassle free. The scent of food and the excitement of busy residents flooding the streets will encourage you to dive into Saigon and drum your own beat. If time permits, you will have a chance to interact with local vendors and learn how to bargain when buying souvenirs in Vietnam at Ben Thanh market.

Restrictions
Guests must be able to step in and out of the vehicle. This tour can accommodate a collapsible wheelchair.

5.0 / 5  |  1 ReviewReview This Tour
Great experience
Tour of the city included an hour’s pedicab ride throughout the busiest commercial neighborhoods and an authentic local lunch.
Reviewer: Dwight

In order to secure the necessary clearance for you to travel on this tour without an independent visa, we need to collect some required passport information from you. All passport information for each guest must be supplied and be current, or your request will be denied. PLEASE NOTE: As a general rule, passports should be valid for at least six months when traveling internationally. Most countries will not permit a traveler to enter their country unless the passport is set to expire at least six months after the final date of travel. If your passport will expire within six months of your last date of travel, please renew it before placing your order for this tour. For more information, consult the USA Department of State's website (http://travel.state.gov). For each guest on the tour, please enter 1) Complete name as printed in the passport; 2) Date of Birth; 3) Passport Number; 4) Issued Date of Passport; 5) Expiration Date of Passport; 6) Nationality; 7) Sex (Male or Female). For example, please enter information in the following format: Customer 1: Robert Joseph Smith, December 5, 1957, Passport # 123456789, April 8, 2015, April 9 2025, American, Male Customer 2: Mary Ann Smith, January 15, 1959, Passport # 123456789, May 12, 2015, May 13 2025, American, Female