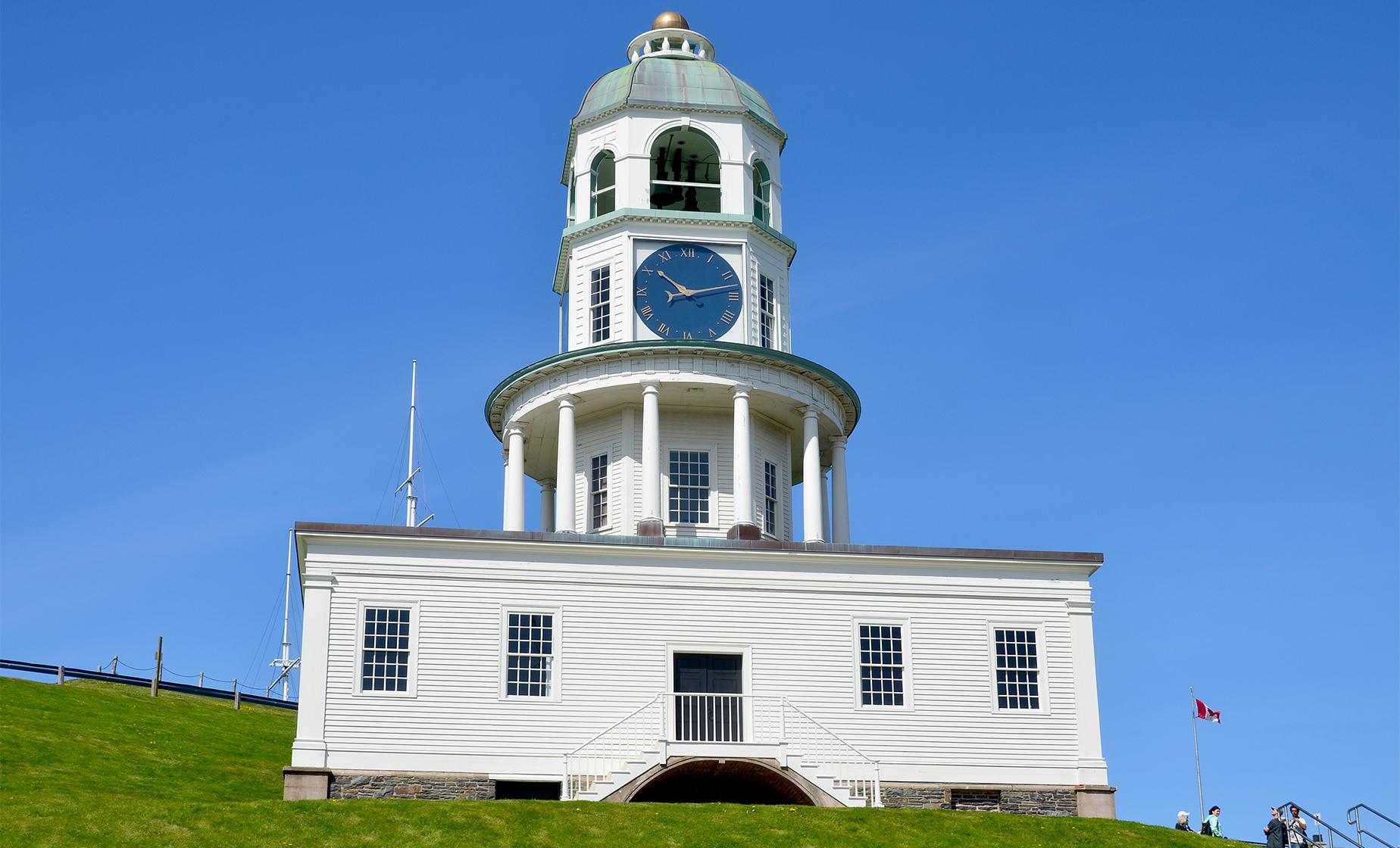 A 5 to 10 minute walk or a complimentary shuttle is required to reach your departure location.
Food/Beverage Provided Not Included
Recommended Dress We recommend wearing casual, comfortable seasonal clothing and sturdy walking shoes.
Restrictions This walking tour is not recommended for guests with limited mobility. The tour route includes walking uphill and inclines.

Marvel at the extraordinary architecture of Halifax as you stroll through the beautifully restored historic properties on the waterfront. Halifax is the capital of the Canadian province Nova Scotia, and the largest Canadian city east of Montreal. It is an old, vibrant city with several universities and colleges combining to bring a youthful energy.

Discover the historic and modern sites that make Halifax an amazing city. Your guide will share their knowledge of the historical, cultural, political, and military significance of Halifax's landmarks. You'll hear of the tragedies and triumphs that have shaped the character of Haligonians over the centuries and learn why the city is said to be one of the best places to live in Canada.

Halifax is a city with a rich and fascinating history containing historic architecture. Some landmarks reflect its culture, while others its political past, like the House of Assembly. See many Victorian influences, which reflect the city's British heritage. The Mi'kmaq spent the summers here hunting and fishing, and after the city's founding in 1749, sailors would haunt the rough & tumble taverns known as grog shops. Halifax was a key player in many armed conflicts including the War of 1812.

Halifax's rehabilitated waterfront is most inviting and on sunny summer afternoons bustles with tourists enjoying the harbor and business professionals sneaking ice-cream cones. The waterfront walkway is studded with other small diversions, intriguing shops, takeout food emporia, and minor monuments. The waterfront's shopping core is in and around the 3-block Historic Properties, near the Marriott. These buildings of wood and stone are Canada's oldest surviving warehouses and were once the heart of the city's shipping industry. Today, their historic architecture provides ballast for the somewhat precious boutiques and restaurants they now house instead.

Another lively neighborhood runs along Spring Garden Road between the Public Gardens and the library. Here you'll find intriguing boutiques, bars, and restaurants along these 6 blocks, set amid a Bohemian street scene.

Start on the waterfront and make your way to Spring Garden Road where Victorian settings meet award-winning modern architecture with Halifax's new Central Library. At the top of Spring Garden Road is the Halifax Public Garden - the oldest Victorian-style gardens in Canada. From the Public Gardens make your way up Citadel Hill, the major landmark of the city. A stone fortress looming over downtown from a grassy height where a view from atop will give you an impressive overall picture of the surroundings. From Citadel Hill make your way downhill passing the Old Town Clock, City Hall through the Grand Parade, past Province House to the Harbor-front and the end location of the tour.

5.0 / 5  |  24 ReviewsReview This Tour
Cruise ship excursion
Excellent tour. Our guide was very informative. The tour covered alot of interesting spots at a comfortable pace. The only thing that would the tour better was if we had headsets to hear the guide. With traffic noise - it was hard to catch all see said .
Reviewer: Bert M Hofstatter

Historic Halifax by Foot
Our guide was extremely knowledgeable and took the time to answer all questions. She wasn't in a hurry so we could take our time as necessary.
Reviewer: Susan Sedillo

walking tour of halifax
Our tour guide gave us a thorough tour of the city and shoreline activities. Hurricane Dorian had passed through a week before and you could see many of the trees toppled and debris. We were lucky to miss the 100 mile winds. The Victorian Gardens were lovely, the citadel was a must see and we enjoyed the tour very much.
Reviewer: rose

Great Excursion
We enjoyed this small walking group around town. Thema, our tour guide was knowledgeable, understandable and very friendly. It was a great way to explore the key points of the area and then we had extra time to walk around on our own.
Reviewer: Elizabeth

Historic Halifax by Foot
The lady who showed us around was great. She knew so much about the history of Halifax and all of the buildings on our tour. And you could tell she enjoyed it as much as we did.
Reviewer: Robert