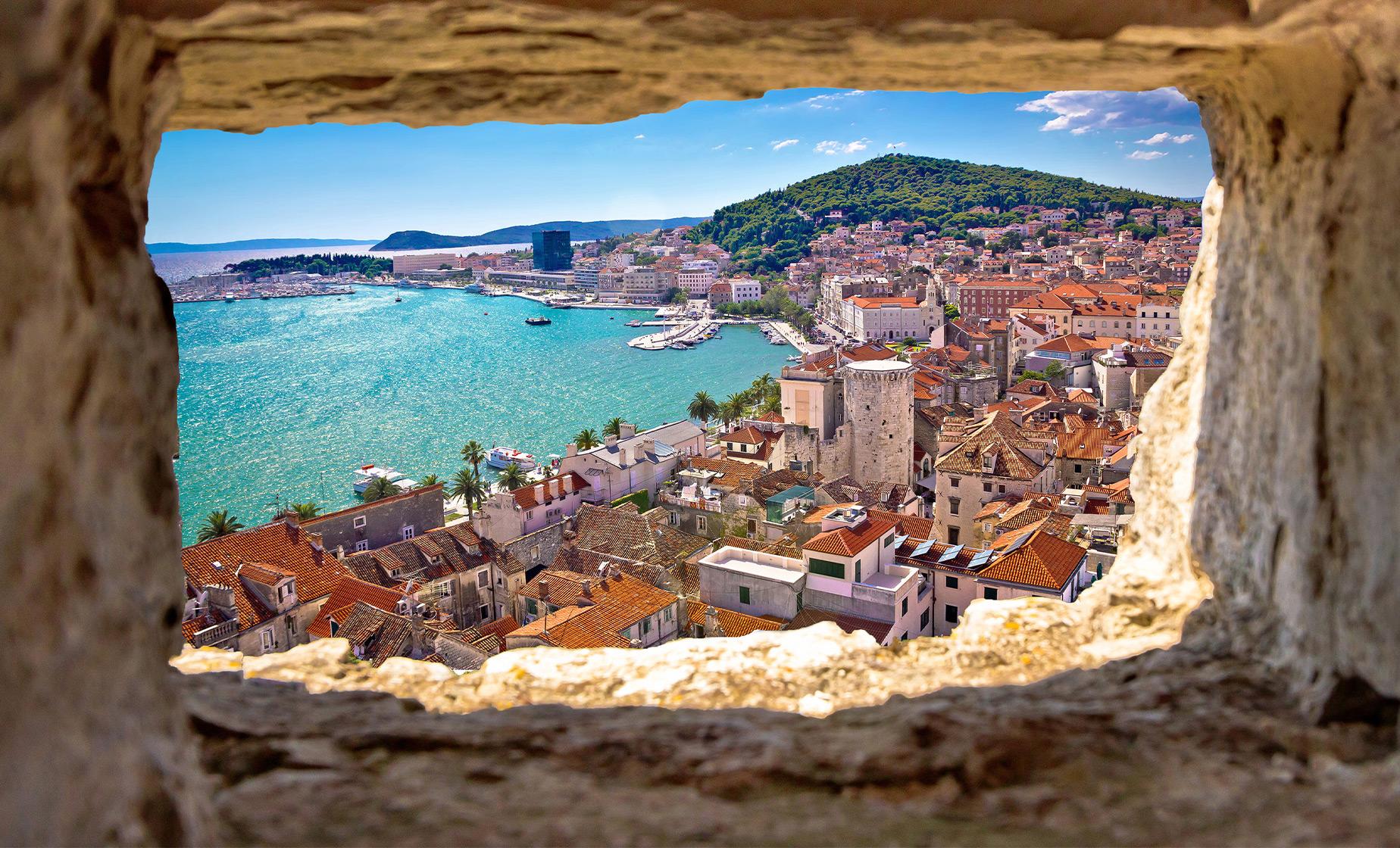 Immerse yourself in the history and culture of this enchanting city as you walk through the ancient cobblestone streets and historical architectural structures of the Diocletian Palace. Your knowledgeable English speaking guide will regale you with interesting facts and stories about the city's amazing history as you visit the Pjaca, the town hall, the Milesi Palace, and more.

The Diocletian Palace was built by the Roman emperor Diocletian in the 4th century AD. Known worldwide as the most complete remains of a Roman palace, it is a well-preserved testament to the Adriatic region's history. Part luxury palace and part military fortress, the palace is a city unto itself, with numerous points of interest for you to discover. The palace's notable preservation and important significance to the Mediterranean region have earned its listing as a UNESCO World Heritage Monument.

See the Bronze Gates at the southern part of the palace, Diocletian's cellars, the monumental Peristyle court, and the Vestibule of the Emperor's Palace. Explore Diocletian's Mausoleum, which forms the main part of St. Dujam's Cathedral, and view the cathedral treasury containing relics of Saint Dujam. Make your way to the Temple of Jupiter, an ancient Roman temple that was later converted to Saint John's Baptistery, as well as the Silver Gates and the City Museum, housed within the Papalic Palace. View the Golden gates, St. Martin's Church, and the Chapel of Arnie the Blessed.

Further stops on the tour include the Piaca (People's Square), the Town Hall, the Karepic house, the Iron Gates, the Chapel of Our Lady of Belfry, the Fruit square, the Venetian castle, the Milesi Palace, and the Monument of Marko Marulic.

Book this Split tour for a fun, engaging outing to a functioning Roman Palace.