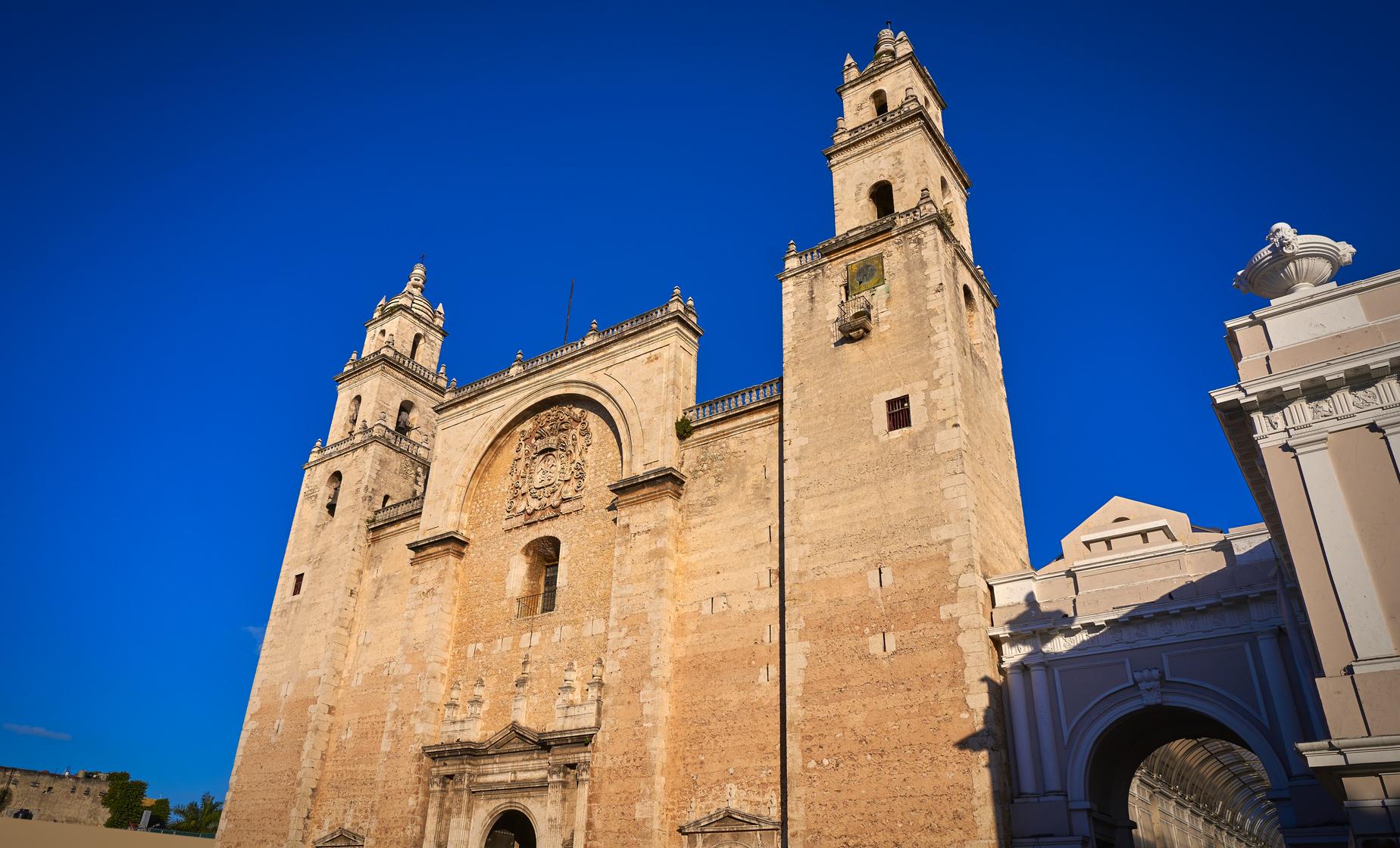 Review This Tour
From $100.00/person to $215.00/person (Select "Individuals" below) Price varies based on number of individuals in your group
Choose Options My Cruise Itinerary
Summary
Shore Excursion Size

10 minute shuttle ride from cruise pier
Food/Beverage Provided None
Recommended Dress We recommend wearing comfortable clothing and closed toe, sensible walking shoes. Sun lotion, and sun glasses are also suggested.
Restrictions Guests must be able to walk over packed dirt, gravel and paved surfaces. There are limited steps at several of the sites

Enjoy a private tour of Merida, the largest city of the Mexican state of Yucatan, and also the capital. It is located on the coast, approximately 22 miles from the port of Progreso. Founded in 1542 by a Spanish Conquistador, the town was built on the site of the previous Mayan city of T'ho. Because the area had already been inhabited by the Mayans, some historians consider Mérida the oldest continually occupied city in the Americas.

Stones carved by the Mayans for ancient T'ho were widely used to build the Spanish colonial in downtown Mérida. They can also be seen in the walls of the main cathedral. Much of Mérida's architecture from the Colonial period and the 18th century is still standing. During the 18th and 19th centuries, Mérida had a wall around it to protect the residents from periodic revolts by the Mayans. Although several of the old city gates can still be seen, the modern city has expanded well beyond the old city walls.

Late in the 19th century, the area surrounding Mérida prospered from the production of henequen, known as "green gold," used in the production of rope. The result of this concentration of wealth can still be seen in the large and elaborate homes along the main avenue of Paseo de Montejo. Many of these homes have been restored and now serve as office buildings.

Upon arrival in Mérida, you will make your way to the centro historico district, the third largest in the Americas. Colonial homes and buildings, in various states of disrepair and renovation, line the street. You will be able to visit the Cathedral de San Ildefonso, finished in 1598, the Government Palace (1892), Montejo's House (1549) and Central Park. As you travel through the city, you will notice the wide avenues and large Main Square.

A visit will also be made to the newly opened (December 2012) Gran Museo del Mundo Maya where you will see interesting displays that may include Mayan history and sites, meteors or even dinosaurs. Your visit/displays seen will be based on crowds and galleries open that day.

You will have some time to browse through the Handicrafts Market. Your guide will offer advice if you choose to purchase some of the famous crafts from the area such as hand-woven hammocks, copal or amber jewelry, as well as local folk art. You will then begin the 40-minute drive back to the pier.