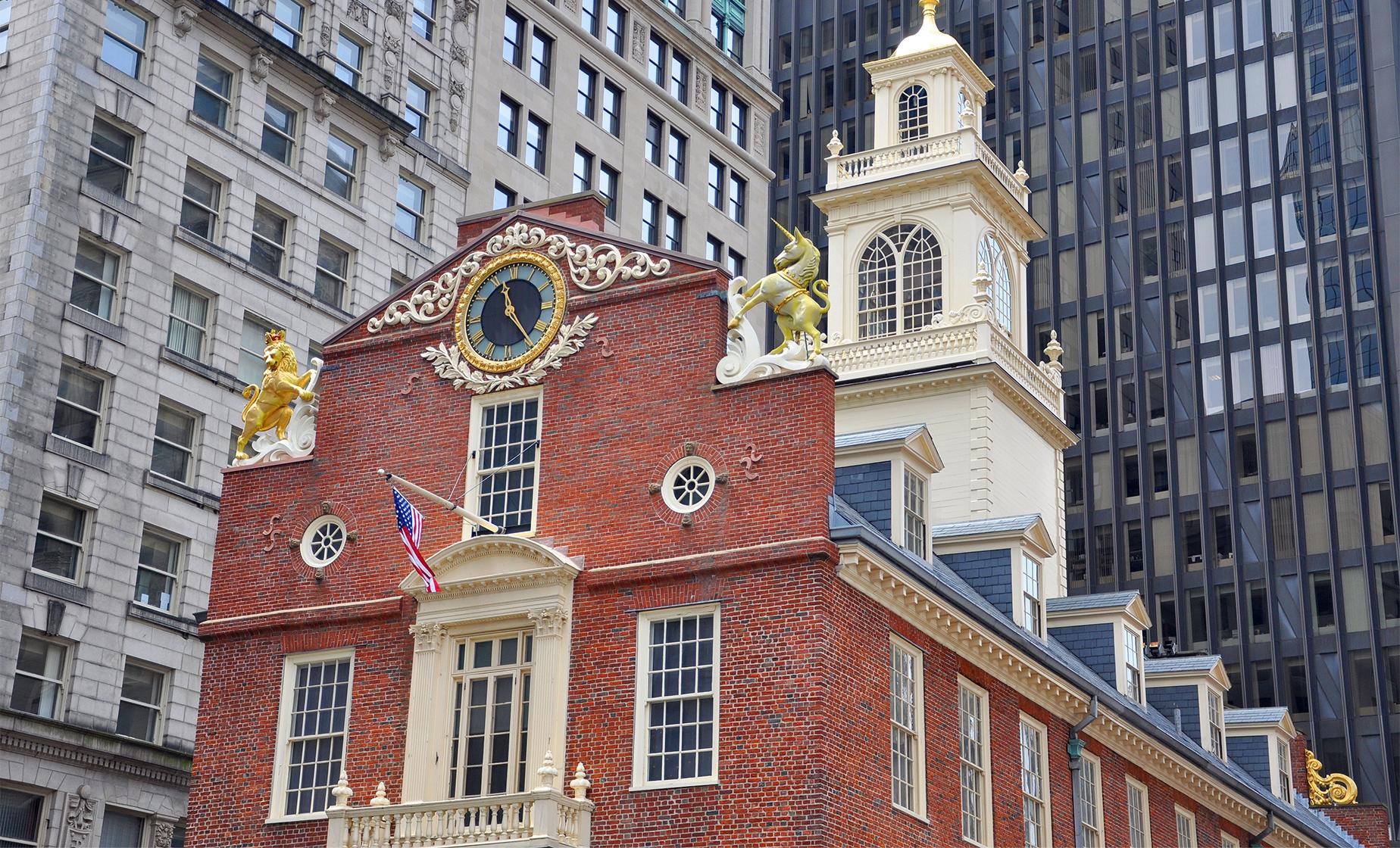 You'll get the best of Boston on your walking tour of the brick streets and beautiful buildings that comprise the Freedom Trail. Tour through the culture, architecture, and history of this old city as you view some of the most important locations in our nation's history. See Faneuil Hall, where tons of history-making speeches were made, and where, today, you can enjoy entertainment, dining, and shopping galore. Visit the Boston Massacre Site, where British Army soldiers fired on a crowd and began the Revolutionary War. Walk by the Old South Meeting Hall, where 5,000 people met the night before the Boston Tea Party. Your walking tour of Boston also takes you by the Old State House, which is the oldest surviving public building in Boston.

This comprehensive Boston walking tour also includes the Park Street Church, King's Chapel, Old Granary Cemetery, and the First Schoolhouse Site, as well as the picturesque Boston Common. Enjoy an afternoon seeing the sites of Boston on this walking tour that guides you through its streets full of culture and history. See the Freedom Trail on this tour that gives you the best of the city in a short period of time. Don't forget to wear comfortable footwear and bring your camera; this tour of Boston offers tons of photo opportunities.

Shore Excursion Departs From
A taxi (not included, approximately $18 US one-way) or public transport is required to reach your departure location. (Full details will be provided in your electronic ticket upon confirmation.)

4.5Based On 2 Reviews Review This Tour

Reviewer: RK
EXCELLENT ADVENTURE. THE GUIDE WAS VERY KNOWLEDGEABLE AND EXCITED ABOUT THE TOPIC.

Reviewer: Sindy Carpency
I wish I knew that there was an extended version of the tour. Because we were informed that we had to leave the group after an hour and twenty minutes. It was a little disappointed.