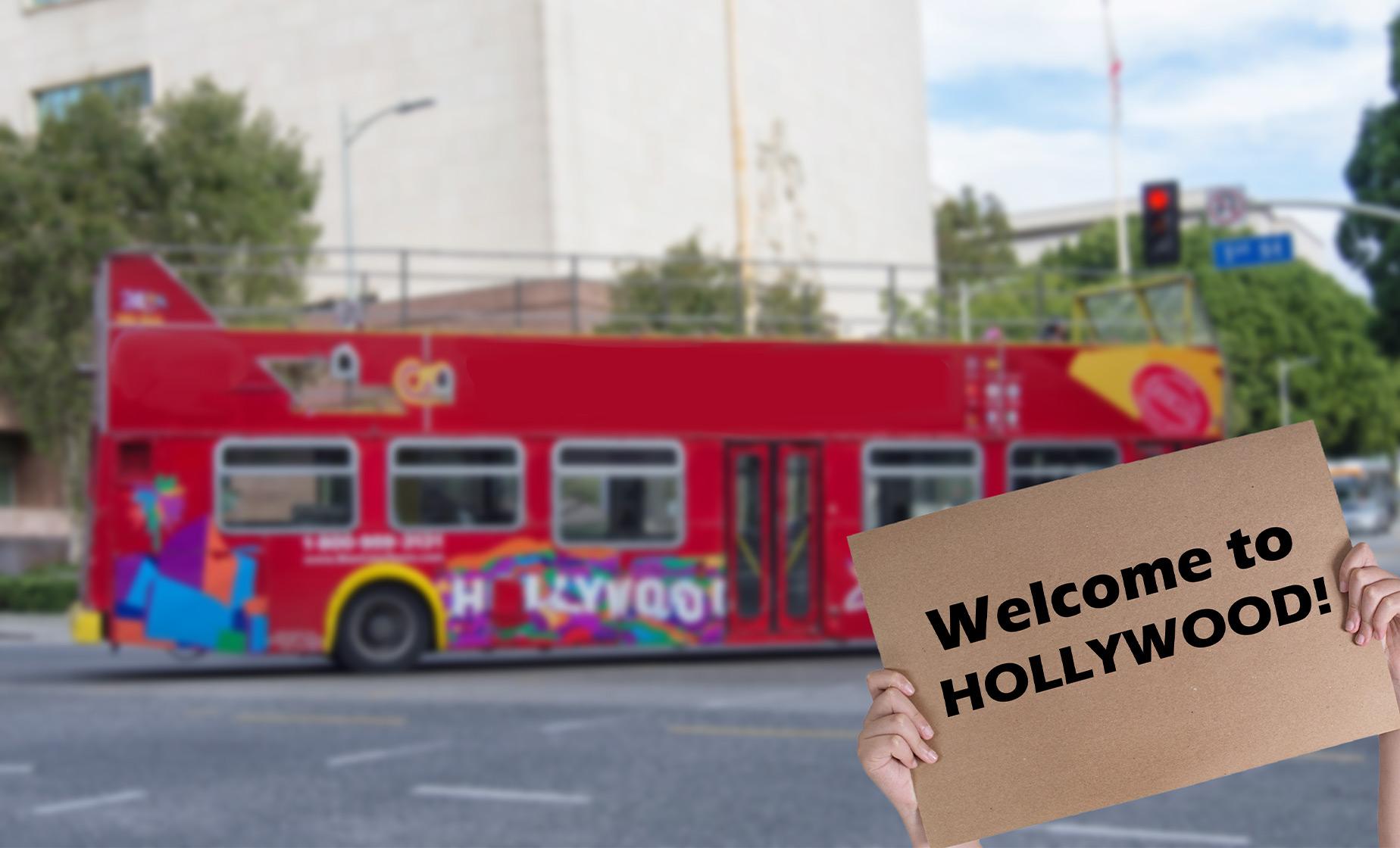 Numerous bus stops throughout Hollywood. A taxi or shuttle (not included) is required to reach your departure location.
Food/Beverage Provided Not Included
Recommended Dress We recommend wearing comfortable clothing and walking shoes.
Restrictions This tour can accommodate customers with a folding wheelchair. Customers must be able to walk short distances and/or a few steps on their own.

Looking for an easy way to explore Hollywood? Look no further than this Hollywood bus tour. Your Hollywood hop on - hop off ticket lets you ride tour buses on five different routes through the city. Your ticket also includes access to the Orange Connector Route, providing you with transportation to and from the LAX area. Enjoy complete freedom to sightsee on your own schedule because there's no limit to how many times you can hop off and hop on these convenient buses. With stops near most major city attractions, including the Chinese Theatre, Pink's Hot Dogs, and the Staples Center, you're never too far from a tour bus. Join this L.A. tour today for an epic adventure in Hollywood.

For 24 hours, you can sightsee to your heart's content on this Hollywood tour. Grab your explorer hat and take advantage of this California tour's several routes: Red, Purple, Yellow, Blue, and Orange. The Red Route offers a look at some of the city's most popular sights including the Chinese Theatre, Pink's Hot Dogs, and Sunset Strip. Shoppers will love the Purple Route, which swings by Chinatown, the Jewelry District, and Little Tokyo; if your haggling skills are up to par, you can find some great deals. Santa Monica College, the Beverly Hilton, and the Westside Pavilion are just a few of the sights that await on the Yellow Route. The Blue and Orange Routes serve as connector routes, making it easy to switch from one bus to another.

Regardless of which route (or routes) you choose, you'll enjoy nothing short of amazing views on the open top buses. Each bus tour route (excluding Blue and Orange) features pre-recorded narration to provide some context for the dozens of attractions you'll encounter. Buses run frequently between stops with waits as short as 20 minutes. That means when you get off at a stop, you can spend as much time as you want exploring without having to worry about getting stranded somewhere. Ready for an awesome time in Hollywood? Purchase your ticket now.

5.0 / 5  |  1 ReviewReview This Tour
Great Day of Exploring
This tour was great! We were staying at a LAX hotel and took the Orange shuttle line to Marina Del Ray to start our tour there on the Green line. The bus operators were oustandingly helpful and informative. The app worked as promised and the live operator I called to confirm my pickup stop was spot on. There were many shuttles operating and connecting from line to line was easy. At the end of th etour the Black/Grey shuttle line took us back to the same stop we got on at the beginning. This was a great way to get around and see the sites...worth trying!
Reviewer: Christopher MacLellan