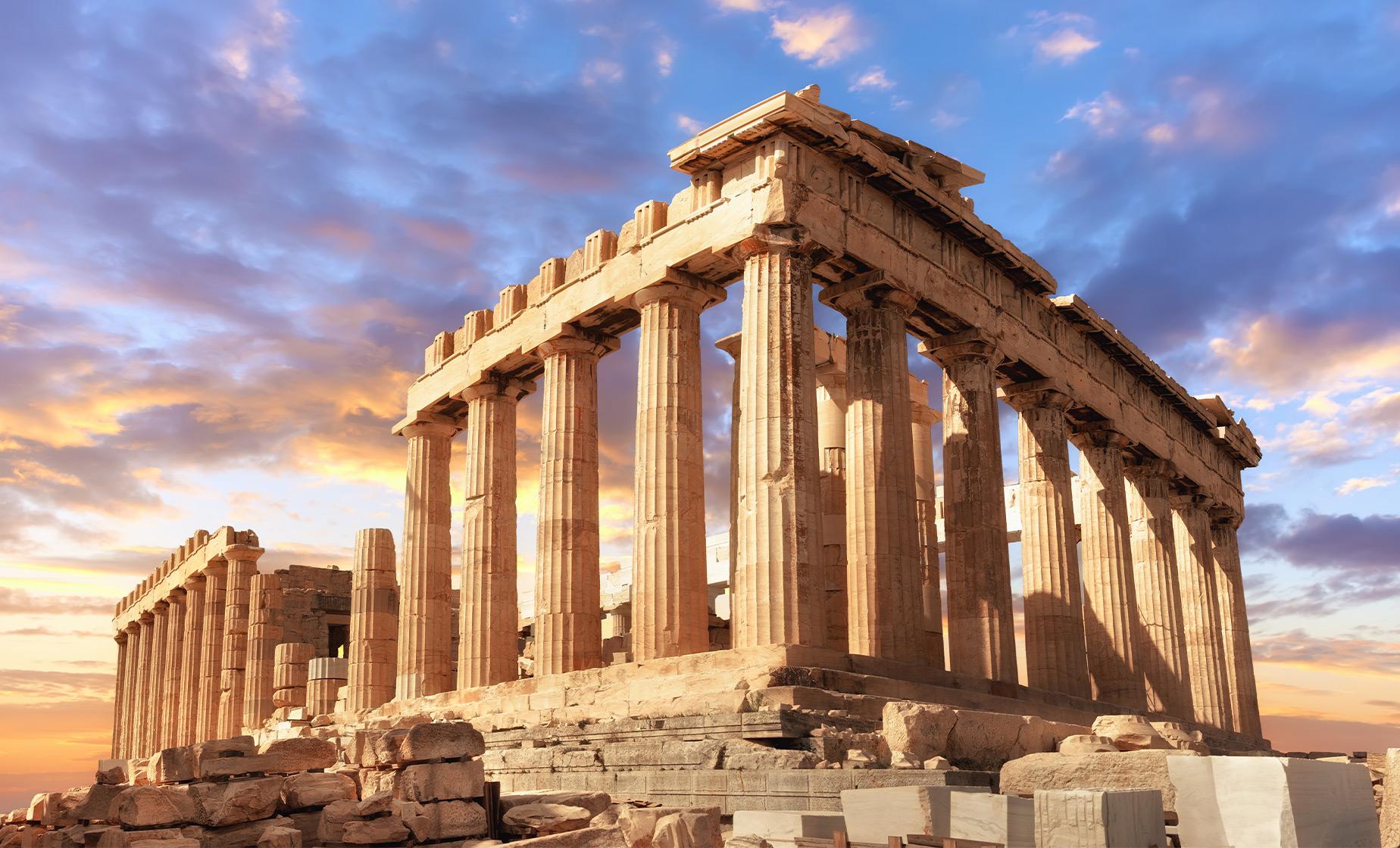 Numerous bus stops throughout Athens. The closest stop is at the cruise ship pier.
Food/Beverage Provided Not Included
Recommended Dress Comfortable lightweight summer clothing and walking shoes is suitable for most of the year.
Restrictions Guests must be able to get in and out of the bus. This tour is fully wheelchair accessible. Children ages 5 and younger may attend the tour free of charge with advanced notice at the time of booking.

The hop-on hop-off Athens sightseeing bus tour will take you past ancient sites such as the Acropolis, Parthenon, and world-famous museums. In Athens, you will experience the contrast between the ancient history clashing with modern architecture and culture.

On this hop-on hop-off Athens tour, enjoy all that central Athens has to offer. Get off the bus to shop, eat, and indulge in Greek culture. The Athens Hop-On Hop-Off tour provides easy access to the city's best sights and the flexibility to exit and enter the tour bus whenever you choose. Your ticket also includes access to 4 interesting walking tours on history and culture.

Travel past the Marina Zea Harbor with its myriad of tall mast ships, schooners and cruisers and Microlimano Harbor, a pretty fishing port where once Themistocles' victorious Triremes were berthed before the epic, history-changing sea battle of nearby Salamis. The archaeological and nautical museums located here are well worth visiting. You can also view the Hill of Mars or the ancient court of Athens, the area which is around the Ancient Agora. Travel down through the Plaka and around the Roman Agora, which includes the famous Tower of the Winds. You'll see it all on this hop-on hop-off Athens tour.

4.4 / 5  |  19 ReviewsReview This Tour
Good value
A great way to see Rome from the cruise port. Due to traffic the bus took longer than expected so plan accordingly for your time.
Reviewer: Tania Foreman

Good way to Explore Athens
Money well spent!! Plenty of stops at really interesting sights. Free WiFi on board. Very pleasant drivers. They even helped me out when I lost my ticket!! Highly recommend!!
Reviewer: Raymond Rudolph

Athens
Your basic hop on hop off ride. Ease of finding bus coming out of the cruise ship terminal.
Reviewer: Dale Rowe

Pireaus Athens
Typical City Hop on Hop off. Great way to get around all the sights. We initially do a complete lap of the city on the Bus just to get our bearings and then decide on the next lap where we want to disembark.
Reviewer: Steve Cropp

Athens
Perfect way to see Athens when all you have is 1 day...
Reviewer: Gene

Perfect way to see Athens
We really loved this bus. It was easy and we especially liked that you could choose when you wanted to get off. There's also a useful audio playing in the ear phones with an overview of everywhere you go. The seats are comfortable and there's air conditioning down below if needed.
Reviewer: Erika