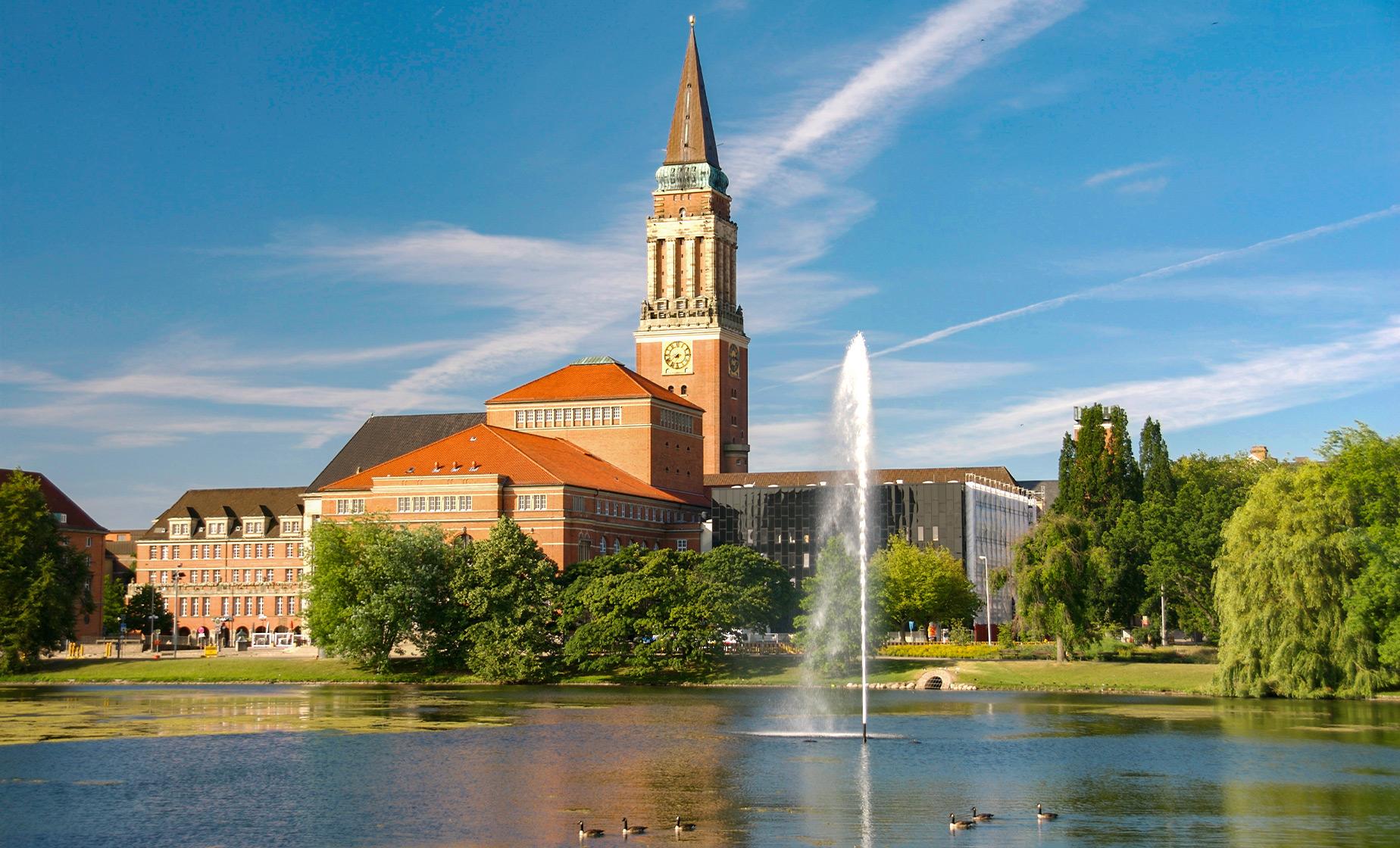 Numerous bus stops throughout Kiel. The closest stop is at the cruise ship pier.
Food/Beverage Provided Not Included
Recommended Dress Comfortable lightweight summer clothing and walking shoes are suitable for most of the year. Sunglasses, a hat, and sunscreen are also advised.
Restrictions Guests must be able to get in and out of the bus. This tour is fully wheelchair accessible.

The maritime atmosphere of Kiel is reflected in a view of the Port of Kiel to the many sailboats, ferries and freighters in the Kiel Fjord. Due to the natural seawater harbor the imposing offshore ferries and cruise ships can be seen directly in the city. Step into comfortable sightseeing buses and let the informative and live audio commentary provide you information about Kiel's history and monuments as well as interesting facts about our vibrant city.

On the eastern shore of Kiel, you can see the distinctive towers of the shipyards and the submarine memorial at Laboe on the horizon. Observation of Kiel Holtenau locks deck show the freighters and cruise ships in your journey through the locks of the Kiel Canal up close.

The journey continues through the former fishing Holtenau and invites you to a stop at Holtenauer Lighthouse. A detour takes you past the 350-year old university town, then to Holtenauer Street and downtown for a shopping spree. Looking back to the city, the sight is dominated by the Kiel City Hall tower, which can be visited. The Kiel City Hall, the Opera and the Kiel Castle clearly show the historical development through the resulting destruction of the Second World War.

Directly afterwards you can feel the close connection of the city to the water in Hiroshima Park and Kleinen Kiel, which runs as a former estuary in the city. Sporty Kiel boasts among other things, handball and football, the tour takes you past the stages of THW Kiel and Holstein Kiel. Finally, you can discover the redesigned Kiel Central and the Horn, where a new district on the waterfront in the heart of the city arises. You will be able to enjoy an audio-guided tour, with pre-recorded commentary in several different languages, so you can learn all about Kiel while enjoying the beautiful sights.

Please Note: There are 8 stops on this route and it takes approximately 105 minutes to complete the route without leaving the bus. The bus runs every 75 minutes. The tours are narrated in English, Spanish, Italian, Danish, Swedish, Norwegian, French and German. There will also be a guide providing live commentary in German. First and last tour times will be detailed in your electronic ticket.

5.0 / 5  |  1 ReviewReview This Tour
Hop-on Hop-off Kiel Highlights Tour
The canal lock was THEE highlight, and we were given sufficient time to note all the important stuff.
Reviewer: Thomas E. Kerber