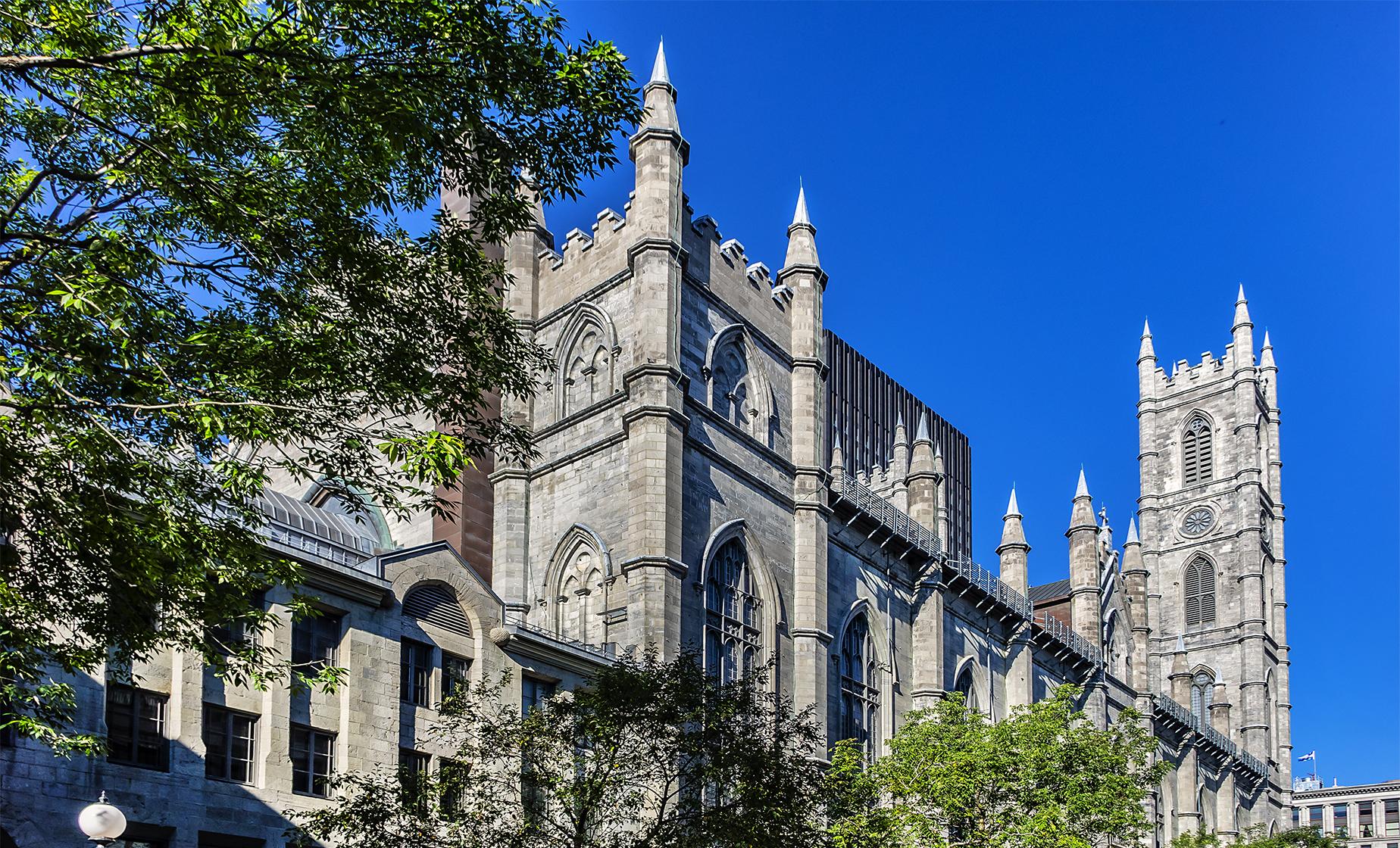 Numerous bus stops throughout Montreal.
Food/Beverage Provided Not Included
Recommended Dress Casual, comfortable, weather-appropriate clothing and shoes are recommended.
Restrictions This tour is not wheelchair accessible. Children ages 4 and younger may attend the tour free of charge with advanced notice at the time of booking, provided that they are accommpanied by an adult and do not occupy a seat to the exclusion of others.

Journey through Quebec's largest city on this amazing Montreal Hop On-Hop Off tour. Take the entire tour or see only the sites that matter most to you. The choice is yours. See the Notre Dame Basilica, the Old Port of Montreal, Chinatown, St. Joseph's Oratory, and many other highlights of the city. Aboard a London-style double-decker bus, travel throughout Montreal, and tour its most fascinating sites.

Built in the 19th century, The Notre Dame Basilica in Old Montreal features Gothic revival architecture, and is not to be missed. The interior of the basilica, containing a gold star-studded deep blue ceiling, religious statues, and wooden carvings, is grand and colorful. Its stained glass windows depict the religious history of Montreal rather than biblical stories, making its windows unique among the stained glass windows of the world's churches.

Stops along the route also include Chinatown, which contains authentic Chinese restaurants, food markets, and boutiques. You may also get off the bus to see the heart of Montreal's commerce and vibrancy, the Old Port of Montreal. Since 1611, when first used as a trading post by French fur traders, this thriving port has been the economic center of Montreal, and defines Canada's second largest city as a world class metropolis. Be one of the over seven million visitors that the port receives per year while on this incredible Montreal tour.

With every stop on this exciting tour, you have the option to "hop off" and explore. Try your luck at the impressive, stylistically unique Montreal Casino, which is open 24 hours a day and is the largest casino in Canada. You can also visit St. Joseph's Oratory while on your Montreal city tour. As Canada's largest church with the third largest dome of its kind in the world, this Roman Catholic basilica has earned its place among the National Historic Sites of Canada. Tour St. Catherine Street, the city's most prominent street. Cutting through downtown, it offers world-class businesses and shopping destinations. Continue on to Montreal's highest point to Mount Royal Park Lookout. See the magnificent city below as you look out from one of its most beloved and beautiful parks. On your Montreal Hop On-Hop Off tour, you will encounter the city's greatest landmarks, and have the opportunity to visit on your own all that Canada's second largest city has to offer.

Please Note: There are 10 stops on this route and it takes approximately 2 hours to complete the route without getting off. The bus runs every 30 minutes from late April to early June, every 15 minutes from early June to September, and every 30 minutes in October. First and last tour times will be detailed in your electronic ticket.

5.0 / 5  |  2 ReviewsReview This Tour
Hop-on Hop-off
We enjoyed this excursion because we were able to get off in any area we wanted, so we were able to stop for lunch and museums and shopping. Whatever we wanted!
Reviewer: Simone Dorcas

Montreal Hop on Hop off Bus Tour
The Hop on Hop Off Tour was great. The driver very friendly and helpful. Getting on the bus and finding the stops was not a problem.
Reviewer: June Hickmann