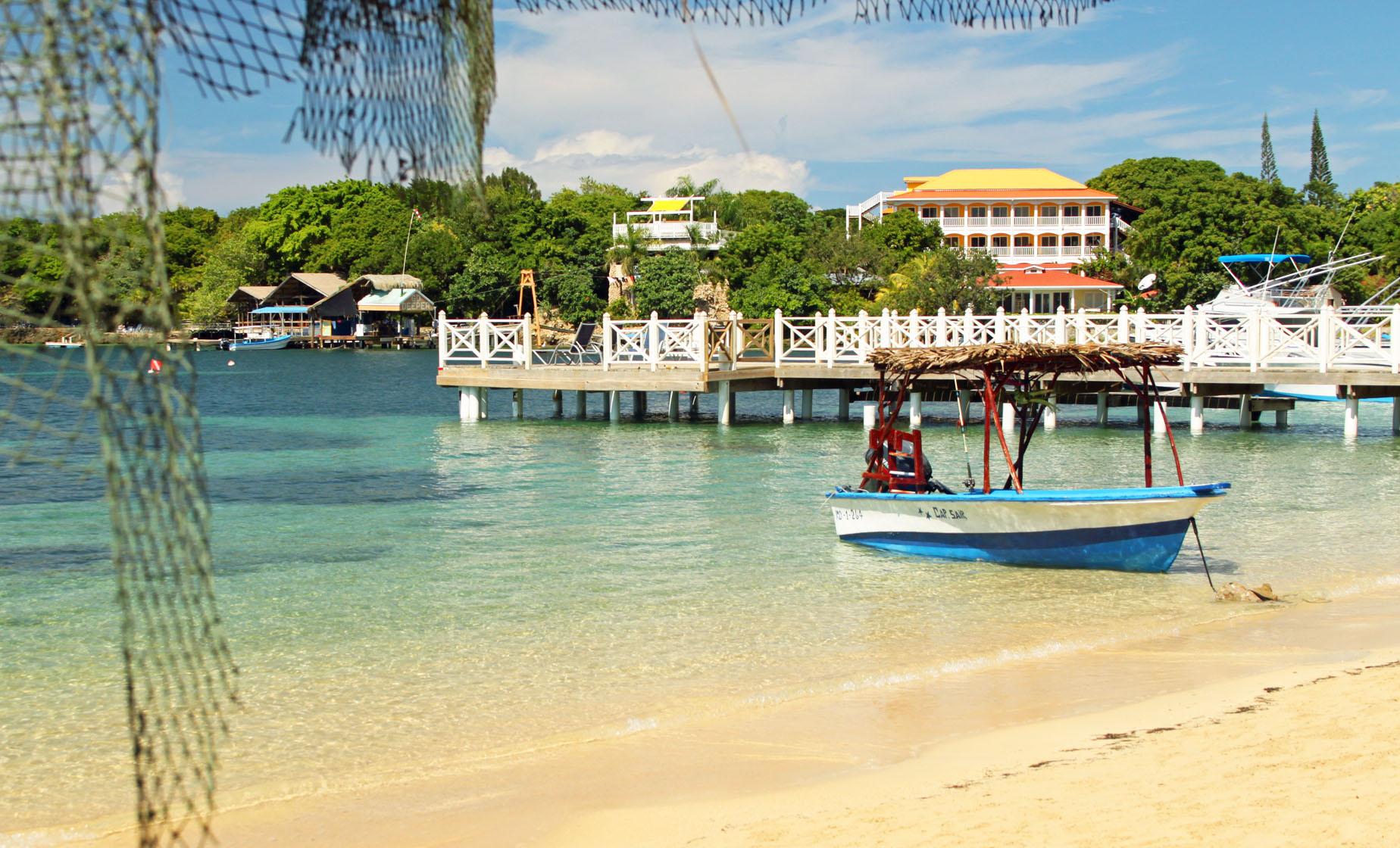 Roatan Island has so much to offer, including the incredible history of the Garifuna. This Roatan excursion will take you back in time and back to the future!

Departing from the pier on the South Shore of the island in your small group, you will first make your way towards the island's East End. Along the way you will hear of the island's colorful history, which includes Indians, slaves, invaders, pirates, buried gold, and a charming blend of cultures, people and languages. The main languages are Spanish, English, and Garifuna, which holds on to its African roots. You will pass through several of the small villages that dot the island including Barrio Los Fuertes and French Harbour, the second-largest town on the island. You may also see the wreck of ships along the coast. A stop will be made at one of the highest points on the eastern end of the island for stunning views over the hills covered with lush vegetation and the sea with its many shades of blue.

During this Roatan excursion, you will also visit the island's West End (most large group tours do not visit both the East and West End) where you will drive through several of the small communities such as Sandy Bay. Continue on to the West End, the tourist side of the island, with scuba diving centers, hotels, resorts, restaurants, beach clubs and tourist shops. Here, you will have a few minutes of free time to walk down to the water's edge, explore the tiny streets, or purchase a beverage.

Returning to the pier area, you will have the opportunity to take photos of the South Shore during a photo stop at a dramatic lookout. You will pass through several more small communities before arriving at the cruise pier in Coxen Hole, the capital of Roatan. A stop will also be made at the Mahogany Bay cruise terminal located outside of Coxen Hole.

Restrictions
Participants must be able to walk over paved and uneven packed dirt surfaces, some of which are at an incline. This tour is wheelchair accessible upon request at the time of booking. Children of all ages are welcome on this tour. Infants (ages 3 and younger) may attend the tour free of charge with advanced notice at the time of booking.

5Based On 39 Reviews Review This Tour

Reviewer: Marek Wilczewski
We met with Creg outside cruise area. Our group was very small and our guide customized the tour to our liking. He was very informative and provided an excellent historical information about the island and local people. One of the best cruise tours!

Reviewer: Adam
Instructions were perfect we were met outside the cruise area. We were the only ones on the tour. The gentleman who took us was extremely nice and new his way all over the island.

Reviewer: Maria Thorne
We had a wonderful, private tour of Roatan Island. Samuel, our driver and tour guide, was great. He took us wherever we asked him to and was very informative. Our only issue was that for whatever reason,Roatan makes everyone walk over half a mile uphill to meet your tours. This is a problem in very hot, humid weather!

Reviewer: Maria Thorne
We had a lovely time touring the Roatan area. We were lucky enough to have a private tour with Samuel as our guide/driver. He was very informative and willing to take us wherever we wanted to go. The worst part of this experience is that EVERYONE had to walk over half a mile, uphill in the heat and humidity to meet up with their tours. Roatan should make this an easier process for their cruise guests.

Reviewer: F Stevens
We loved this island! Our guide pretty much customized the tour for us and the two kids. We went to the animal rescue, held monkeys, sloths and birds. We also went to a local chocolate factory and finally the beach. We would definitely do this again.