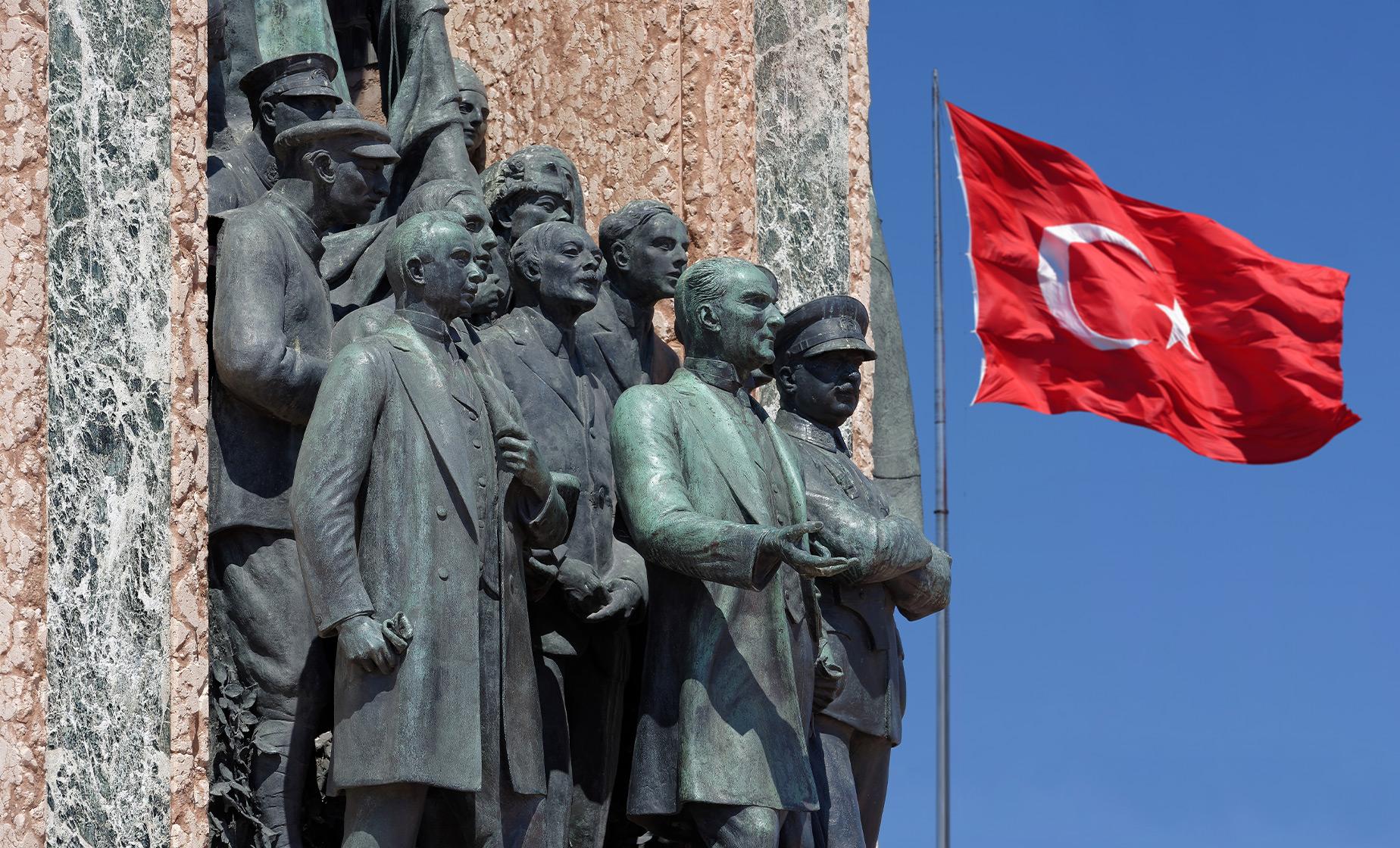 Review This Tour
From $50.00/person to $133.00/person (Select "Individuals" below) Price varies based on number of individuals in your group
Choose Options My Cruise Itinerary
Summary
Shore Excursion Size

Cruise Ship Pier
Food/Beverage Provided Wine Tasting
Recommended Dress Comfortable clothing and sensible walking shoes are recommended. Sun screen and sun glasses are suggested.
Restrictions Guests under 18 years of age will be served a soft drink at the wine house. This walking tour is over paved as well as cobblestone surfaces.

After meeting your professionally trained guide, you will take a short drive to Taksim Square, the heart of modern Istanbul. The square was laid out in the late 1800s near a Taksim (branching-point) in the city's water distribution system. At the southern end of the square is a statue of the founder of modern-day Turkey, Kemal Ataturk.

Walking to the far side of the square you come to the beginning of Istiklal Caddesi (Independence Avenue) which is the main artery of the Beyoglu district. Now a pedestrian way, it is the city's most popular strolling, shopping, and meeting street. Many of the buildings date back to the 19th-century when this area was referred to as the Paris of the East, with its half-European, half-Asian culture. The storefronts are lined with boutiques, cafes, consulates, restaurants, galleries, cinemas, and banks, with residential apartments above. During your walk, you will visit one of the many wine houses where you will have the opportunity to taste a glass of local wine.

There are two churches on the street. St Maria Draperies and the Italian church St. Antoine dates back to 1906 and is the most important Catholic church in Istanbul. Halfway along Istiklal Caddesi is Galatasaray Square, named after the Galata Palace, the first official European-influenced high school in the Ottoman Empire. Other sites you will see in this area include the Galatasaray Bath, which dates back to 1482, I Ek Pasaj - the flower passage, Pera Palas, which is one of the oldest hotels in Istanbul, and the Nostalgic Istiklal Caddesi Tram, a 19th-century tram that was restored and placed back into service when the street became a pedestrian street. At the end of Istiklal Street, is the area called Tunel, where French engineers built Istanbul's Tunel underground train in 1875. It allowed European diplomats and businessmen to ride between their waterside offices in Karakoy and their hilltop residences in Beyoglu. It was only the third underground railway built in the world at that time.

The final stop on the tour is the exotic Grand Bazaar area where you will have the opportunity for exploring some of the 4,000 shops. After free time in the Bazaar, you will be returned to the pier.

Please note: The covered area of the Grand Bazaar is closed on Sundays; a visit to the Spice Market will be substituted.