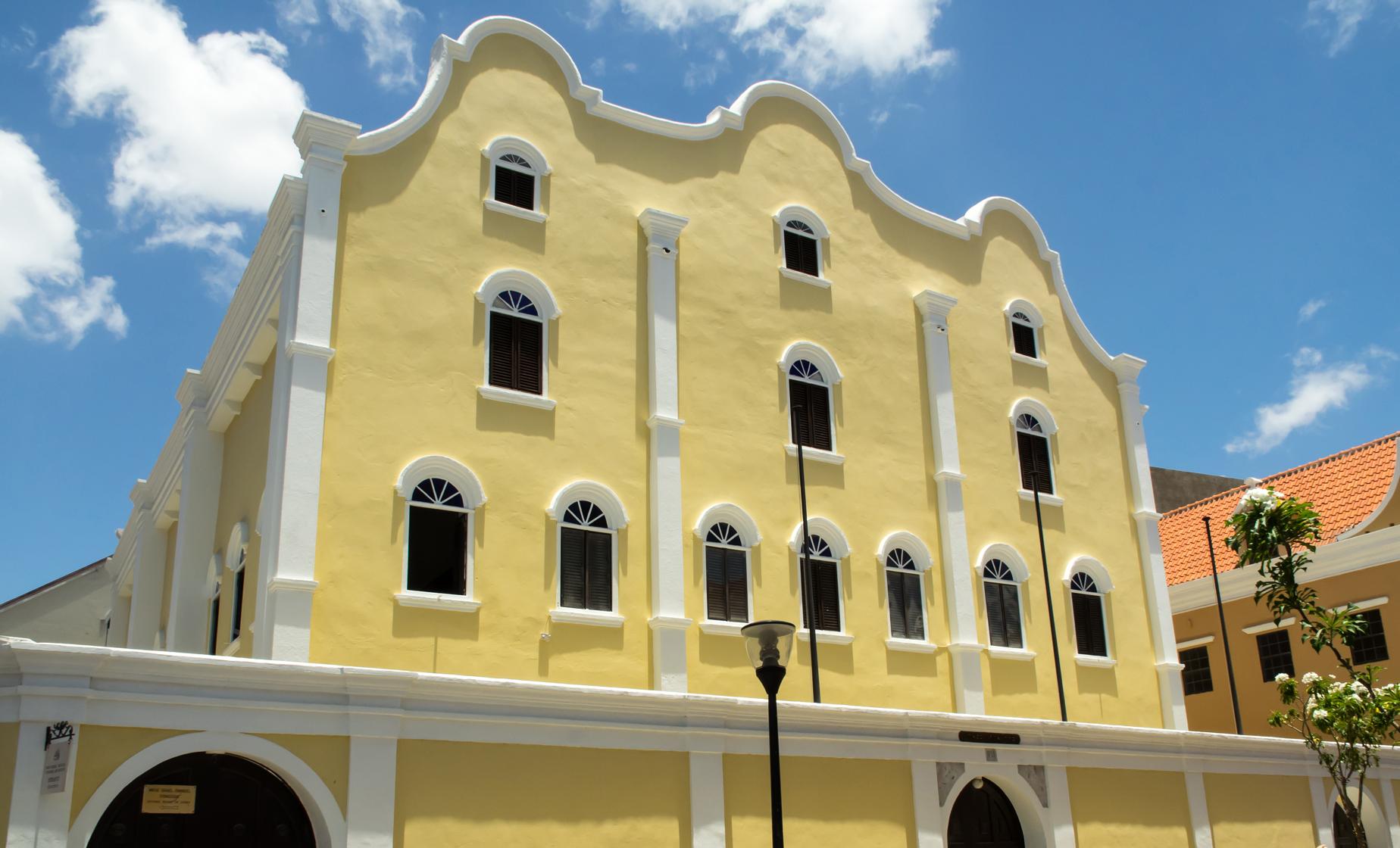 Cruise Ship Pier
Food/Beverage Provided Water is included.
Recommended Dress We recommend wearing comfortable, seasonal clothing and walking shoes. A hat, sunglasses, and sunscreen is also recommended.
Restrictions Guests must be able to step in and out of the vehicle.

Curacao holds the dubious distinction of being the major slave port in the Americas in the 17th and 18th centuries. It was a hub from which more than a half million enslaved Africans were sold on the docks and shipped to plantations in North and South America. Curacao also played a pivotal role in another major movement of people from one part of the world to another, one that offered opportunity rather than oppression.

In 1651, Curacao's Jewish Congregation was founded by twelve Sephardic families who came to the island seeking the freedom to practice their faith, as well as pursue economic possibilities. The Sephardic Jews fled Portugal with the entrance of the Inquisition, and by coincidence, the Low Countries - now The Netherlands and Belgium - had around that same time won their 80-Years War against Spain and Catholicism, by defeating the Spanish Armada. Being liberated from the Catholic kings subsequently allowed them to open their borders to non-Catholics. They assured the Jews that they would respect their desire for freedom of worship, which had been forbidden by the Catholic kings. The Jews that settled in the Low Countries, primarily in Amsterdam, were then sought out when the Dutch West Indies Company recruited colonists to settle on Curacao, many of the Sephardim followed the Dutch flag as this guaranteed them religious freedom.

Your first stop is the Beth Haim Jewish cemetery, consecrated in 1659, it is the oldest Caucasian cemetery on the island and in the Western Hemisphere. The site is also a Curacao National Monument.

Then you will visit another historic site also created as a peaceful sanctuary, the Rooi Catootje plantation house. It dates to about 1820 and was originally known as "Rust en Vrede," which translates as "Rest and Peace." The house has been the property of the Maduro family since 1853, when S.E.L. Maduro brought it as a gift to his wife Rebecca Curiel from her parent's estate. The house has now been preserved as a museum.

Continue to the 17th-century plantation house Chobolobo, owned by a Jewish family, where Curacao liquor is produced. Tour the house and learn more about the family name and history. Before leaving take the opportunity to enjoy samples of this famous local product.

4.9 / 5  |  18 ReviewsReview This Tour
Curacao
This tour was extensive and all encompassing. It was well worth the expense to learn the history of the Portugese Sephardic population that were accepted by the Dutch and settled here. They thrived & drove the island's economy making Curacao a shining example in the Carribean. Synagogue was first Jewish house of worship in the new world.
Reviewer: Marf

Jewish Heritage of Curacao
Our guide Jude was great. He was full of interesting information and made this tour one of the highlights of the cruise.
Reviewer: arlene wenokur