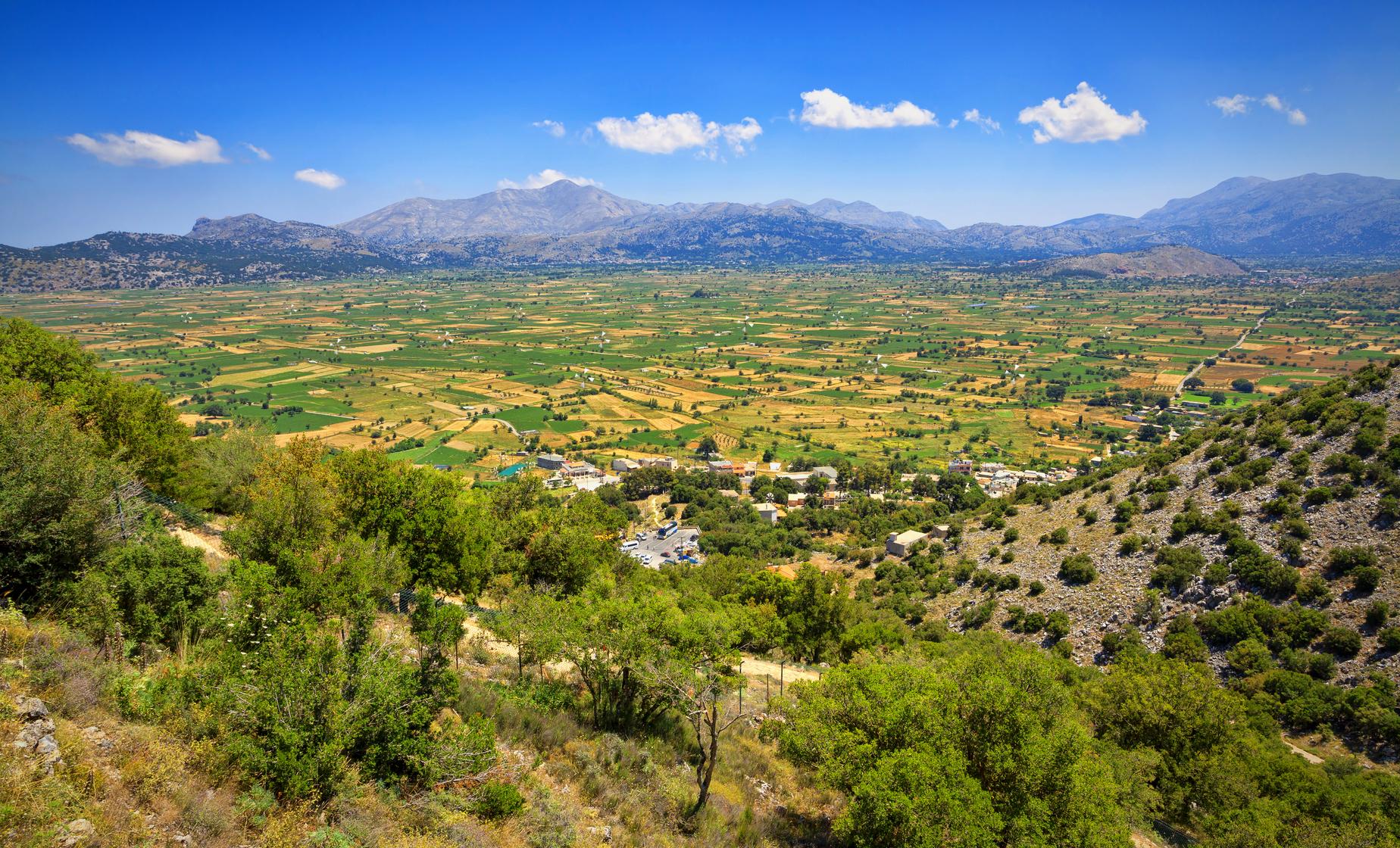 Review This Tour
From $237.00/person to $844.00/person (Select "Individuals" below) Price varies based on number of individuals in your group
Choose Options My Cruise Itinerary
Summary
Shore Excursion Size

Cruise Ship Pier
Food/Beverage Provided A traditional Cretan lunch and wine is included.
Recommended Dress Comfortable clothing and sensible, flat-soled walking shoes are recommended. Sun glasses and sun screen are suggested.
Restrictions Guests must be able to walk over paved, cobblestone and packed dirt surfaces. Many of these are uneven. There are numerous steps up and down required to tour the caves.

After meeting your professional tour guide on the pier, you will depart Heraklion and begin the approximate 90-minute drive to the eastern end of the island and the Plateau of Lassithi, one of the highpoints of Crete, both in altitude and atmosphere. From your viewpoint, you will see that the area is unique: a green carpet hemmed in on all sides by the Diktean Mountains, which are often snowcapped into April. The picturesque windmills work regularly to water the fertile plain, which covers an area of more than nine square miles. Excavations of the area have revealed signs of inhabitants since Neolithic times (6,000 B.C.). The plateau was farmed by the Minoans and later by the Dorians of Lyttos. In 1293, due to resistance and rebellions from the neighboring areas, the Venetians forced everyone out, demolished the villages, set up guard around the passes and did not allow anyone into the area for more than two centuries. Only in 1543 did they allow Greek refugees from the Turkish-occupied Peloponnese to resettle the plateau. To reestablish the orchards, the Venetians built an elaborate drain and watering system that was powered by more than 10,000 white-sailed irrigation windmills. Although most of them have been abandoned for modern diesel and electrical pumps, the few remaining ones still create a remarkable photographic scene.

You will then drive to the village of Psychro to visit the birthplace of Zeus: the Diktean Cave. In myth, this is where Rhea, goddess of the earth, hid Zeus after his birth, to protect him from Cronus, who had a bad habit of eating children. The Minoans used the cave and numerous objects have been found from this period. The largest chamber of the cave has spectacular stalactites, stalagmites and the cloak of Zeus rock formation.

Next stop is the Lasinthos Eco Park, where the Cretan traditions, culture, manners and customs of the region are preserved. In addition, the rare flora and fauna of the region, the Cretan cuisine and Cretan traditional products are protected and promoted. The park is made up of a farm, where you can see many of the animals of Crete in their natural settings such as the Cretan Kri Kri, as well as a village where workshops demonstrate and produce local products such as wine, honey, cheese, sweet delicacies, ceramics and raki. The tour finishes in the stone, wood, marble and tile restaurant, where you will enjoy traditional Cretan dishes prepared by specially trained Cretan chefs using ingredients from the farm. For the people of Crete, this is the secret of good health and of long life; they consume what is produced in the rich Cretan soil. After lunch, you will rejoin your transportation for the 90-minute drive back to Heraklion.