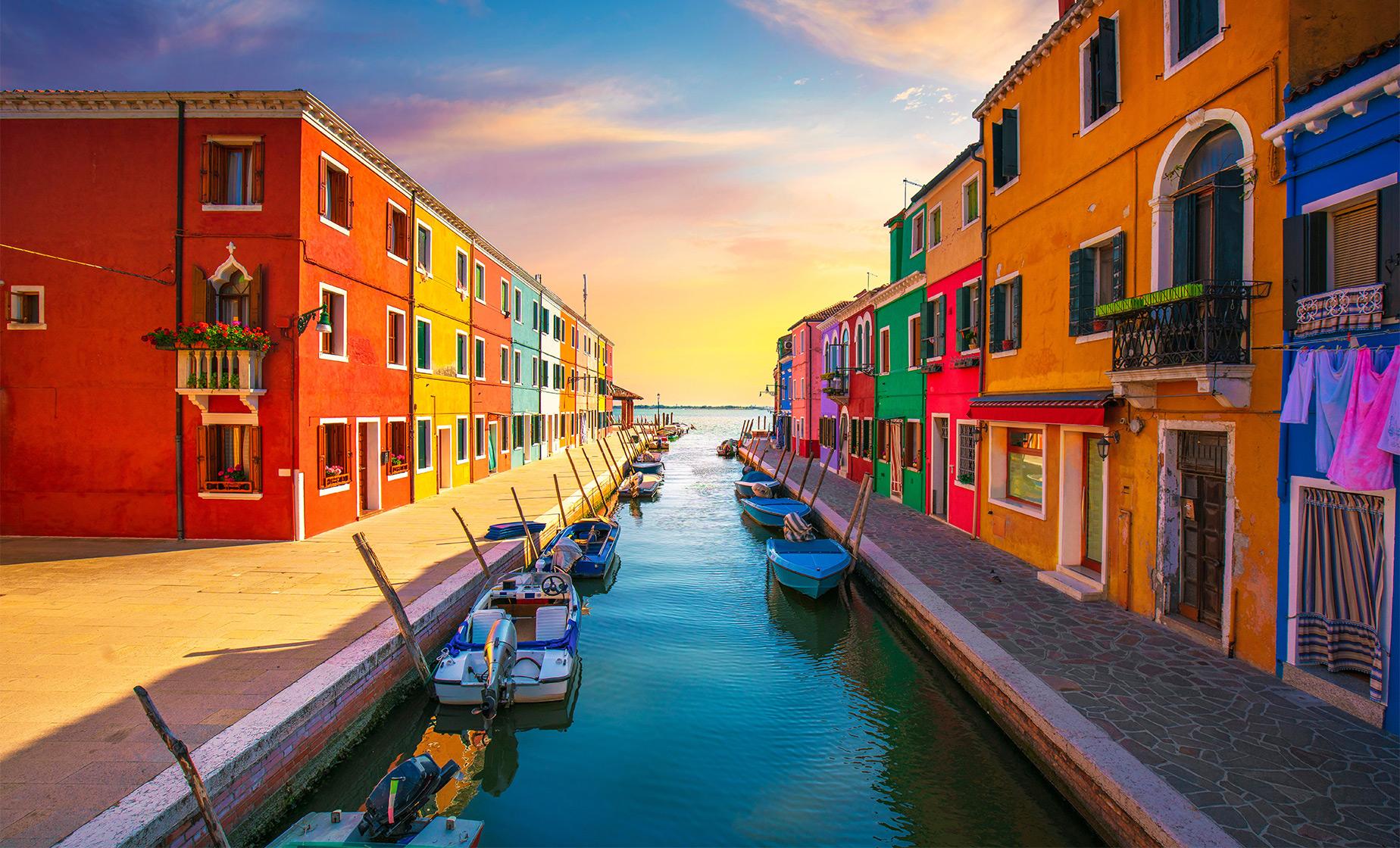 4.5 / 5  |  27 ReviewsReview This Tour
Price: $40.00
Infants ages 0 to 2 years old are free but must be accounted for.
Choose Options My Cruise Itinerary
Summary
Shore Excursion SizeStandard
Shore Excursion TypeScenic, Cultural, Water/Beach
Shore Excursion Duration4 Hours 15 Minutes
Activity LevelModerate
Shore Excursion Leaves FromCentral Venice. (Full details will be provided in your electronic ticket upon confirmation.)
Food/Beverage ProvidedNot Included
Recommended DressWe recommend wearing comfortable clothing and good walking shoes.
RestrictionsGuests must be able to walk on paved, as well as cobblestone surfaces. There are steps and steep curbs in some areas. This tour is not wheelchair accessible. The walk from the meeting point to the point of embarkation requires the crossing of 4 bridges. Children ages 2 and younger may attend the tour free of charge with advanced notice at the time of booking.

Climb aboard a boat and head out into the beautiful Venetian Lagoon on a trip to Venice's most enchanting islands: Murano, Burano, and Torcello. Enjoy approximately 35 minutes of free time to explore each island on your own.

As you head towards Murano, you will pass the Island of St. George. In ancient times, it was called the Island of Cypresses for the Cypress Trees that grew there. From your boat you will see part of the ancient Arsenal building from whose yards the powerful Venetian war fleet and merchant navy went out to sea, securing the wealth and greatness of the city for centuries. At its peak, it employed over 16,000 workers.

Next you will arrive in enchanting Murano. Murano is the most famous of the Venetian Islands, originally settled by the Romans and then later in the sixth century by people from Altinum and Oderzo. At first, the island prospered as a fishing port and through production of salt. In 1291, all the glassmakers in Venice moved to Murano due to the risk of fires. In the following centuries Murano became the main producer of high quality glass in Europe. Murano's reputation as a producer of glass continued for centuries. Today, Murano glass is perhaps the most highly regarded in the world, and you will have the pleasure of visiting a glass factory. You will enjoy a private glass blowing demonstration and have free time to purchase glass.

Departing Murano, you will next visit beautiful Burano, the most picturesque of Venetian Islands of the Lagoon. During your free time in Burano, be sure to take in the brightly painted houses reflected in the canals, and lose yourself in the charming cobbled streets. Famous for its lace-making industry, the pretty fishing village has its streets and canals lined by pastel colored houses. Burano rose to importance in the 16th century, when women on the island began making lace with needles, being introduced to such a trade via Venetian-ruled Cyprus. When Leonardo da Vinci visited in 1481, he visited the small town of Lefkara and purchased a cloth for the main altar of the Duomo di Milano. The lace was soon exported across Europe, a practice that continues to this day.

Next you will visit Torcello. After the downfall of the Roman Empire, Torcello was one of the first lagoon islands to be successively populated by those Venetians who fled the mainland to take shelter from the recurring barbarian invasions, especially after Attila the Hun had destroyed the city of Altinum and all of the surrounding settlements in 452. Torcello rapidly grew in importance as a political and trading center. In the 10th century it had a population of at least 10,000 people and was much more powerful than Venice. Today, Torcello is a quaint, sparsely populated island in stark contract to the hustle and bustle of Venice. Torcello boasts a population of only 60 people. The island is also home to the Venetian-Byzantine Cathedral of Santa Maria Assunta founded in the 7th Century. Santa Maria Assunta was Venice's first cathedral. Admission to the sites is not included on this tour, so you can plan your day to your liking.

Departing Torcello, you will return to the boat pier near St. Mark's.

Please Note: The boats used on this tour can accommodate up to 200 passengers. Tour group sizes may vary. There will be a hostess on board the boat, however, the hostess is not a tour guide. Commentary is provided in Italian, German, French, Spanish, and English. This is a quick island overview and time on each island is approximately 35 minutes depending on crowds. There will be opportunities to purchase glass and lace at the different stops.

Shore Excursion Leaves From
Central Venice. (Full details will be provided in your electronic ticket upon confirmation.)

Restrictions
Guests must be able to walk on paved, as well as cobblestone surfaces. There are steps and steep curbs in some areas. This tour is not wheelchair accessible. The walk from the meeting point to the point of embarkation requires the crossing of 4 bridges. Children ages 2 and younger may attend the tour free of charge with advanced notice at the time of booking.

4.5 / 5  |  27 ReviewsReview This Tour
Worth the price
Well organized tour allowing time to explore each stop. Would recommend for the 1st time traveler to Venice.
Reviewer: David Lewin

Excursion
Had a wonderful time on the tour and the shopping was great
Reviewer: DeAnna Douglas

Easy way to see three islands in one trip
We were able to visit the three islands in one afternoon. That was great if you don't have a lot of time, but some might want to spend a little more time on each stop. There was only enough time to see the glass blower and visit the shop in Murano. We had enough time in Torcello and Burano. Take some pictures, stroll through a few shops and you're good to go.
Reviewer: Nancy Foy