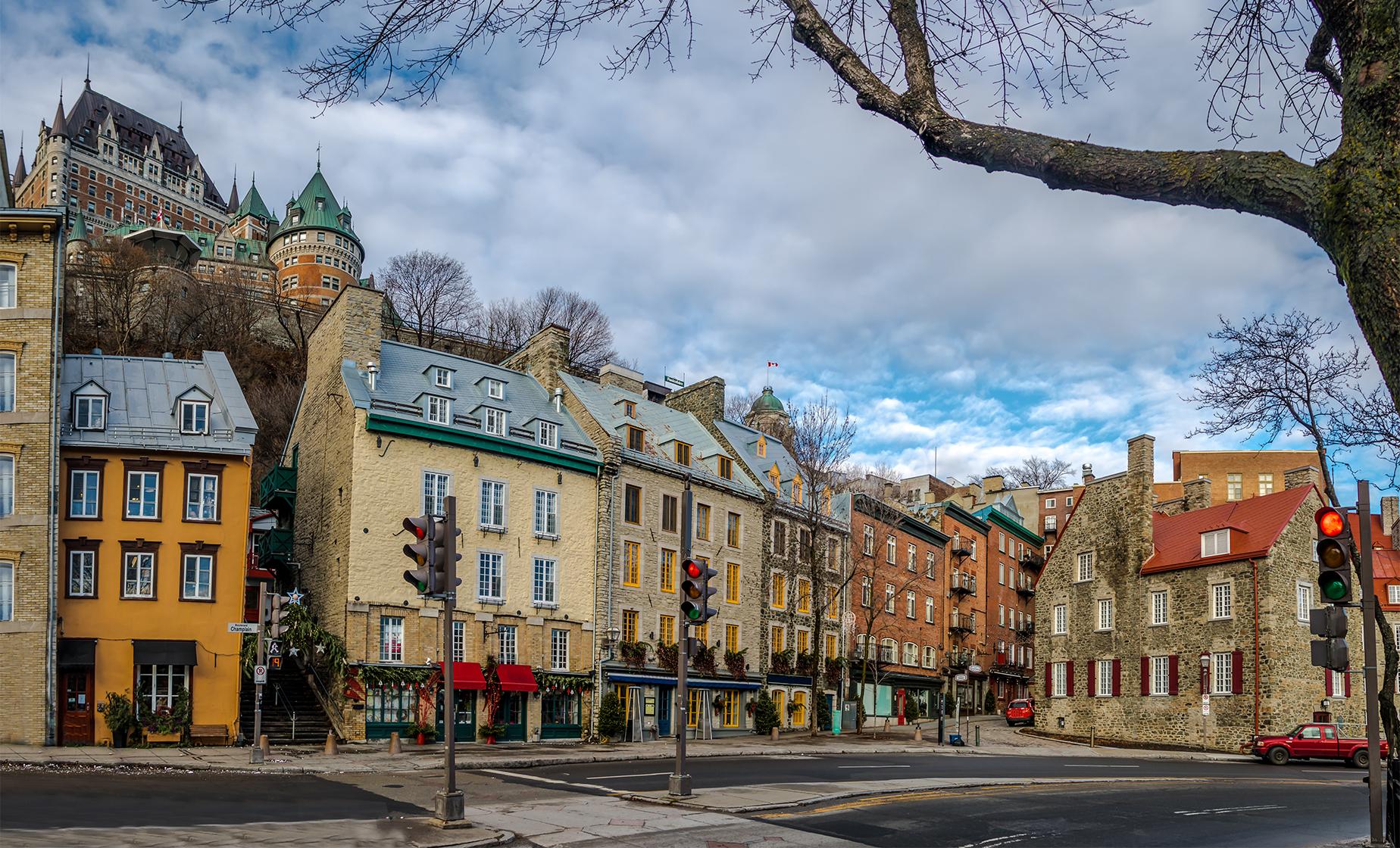 A taxi (not included, approximately $15 CAD) is required to reach your departure location.
Food/Beverage Provided Not Included
Recommended Dress We recommend wearing comfortable clothing and sensible walking shoes. Sunglasses and sunscreen are also suggested.
Restrictions Guests must be able to walk over cobblestone, paved, and gravel surfaces, many of which are at an incline. There are also steps involved at several sites.

The cradle of French civilization in North America and the only walled city north of Mexico, Quebec City and its ramparts are home to a myriad of treasures that will delight you.

In the company of a professional Quebec guide, this Old Quebec City walking tour will take you through all the important sites of one of the oldest European settlements in North America. You will meander next to Quebec's historical sites, such as the Citadel/Musee Royal 22e Regiment. Located on Cape Diamant, the Citadel (which is also called the Gibraltar of the Americas) is a national historic monument and an official residence of the Governor General.

You will also walk by the Chasteau Frontenac, which holds the Guinness World Record's title of "most photographed hotel in the world." Although several of Quebec City's buildings are taller, the landmark hotel is perched atop a tall cape overlooking the St. Lawrence River, affording a spectacular view for several kilometers. The building is the most prominent feature of the Quebec City skyline as seen from across the St. Lawrence.

You will also spend time at the Place-Royale. Often referred to as the birthplace of French America, the Place-Royale is a small square with a big history. Samuel de Champlain chose this site to construct a trading post in 1608. It grew throughout the 17th and 18th centuries to become a bustling town marketplace and the heart of business and industry in Quebec City. Located in Quebec's picturesque Lower Town, the historic plaza is now a lively social center and a very popular visitor attraction.

This tour is one of the best ways to see this beautiful city and uncover a few hidden Quebec City sites!

4.9 / 5  |  50 ReviewsReview This Tour
Old Quebec city brought to life
Old Quebec city was brought to life By our dynamic informative guide! She provided historical facts as well as personal interest stories throughout the tour. We enjoyed her perspective on the history of the city. Truly the best tour of our entire trip!
Reviewer: Karen Jones

Extremely Knowledgeable Guide. Well Worth it
The tour was extensive, covered a lot of ground in the old city and went to many important stops, all with a very detailed history and background talk. We really enjoyed it. Well worth the money. Recommend.
Reviewer: BENJAMIN BUTLER

Wonderful way to see the city.
Michael O'Reilly was our guide and he was a great one! His knowledge of Quebec City, particularly the architecture was excellent. He really personified love for Canada. It was a great walking tour and gave us plenty of time to do further exploration of the city before we had to board our cruise ship.
Reviewer: Linda Hoer

Old World Charm
Old Quebec City truly has an old world charm. The walking tour was a good way to get a history of Quebec, an appreciation for some of it's architecture, and a sense of the pride the residents have, as evidenced by our guide. The mural was especially interesting and informative as our guide explained it.
Reviewer: Richard Thomas

Great View!
It was nice walking tour of old Quebec even short time. Tour guide was very knowledgeable and gave great historical background to the sites and saw a lot of beautiful building and textures. I would like to go one more time.
Reviewer: Hyun Chong