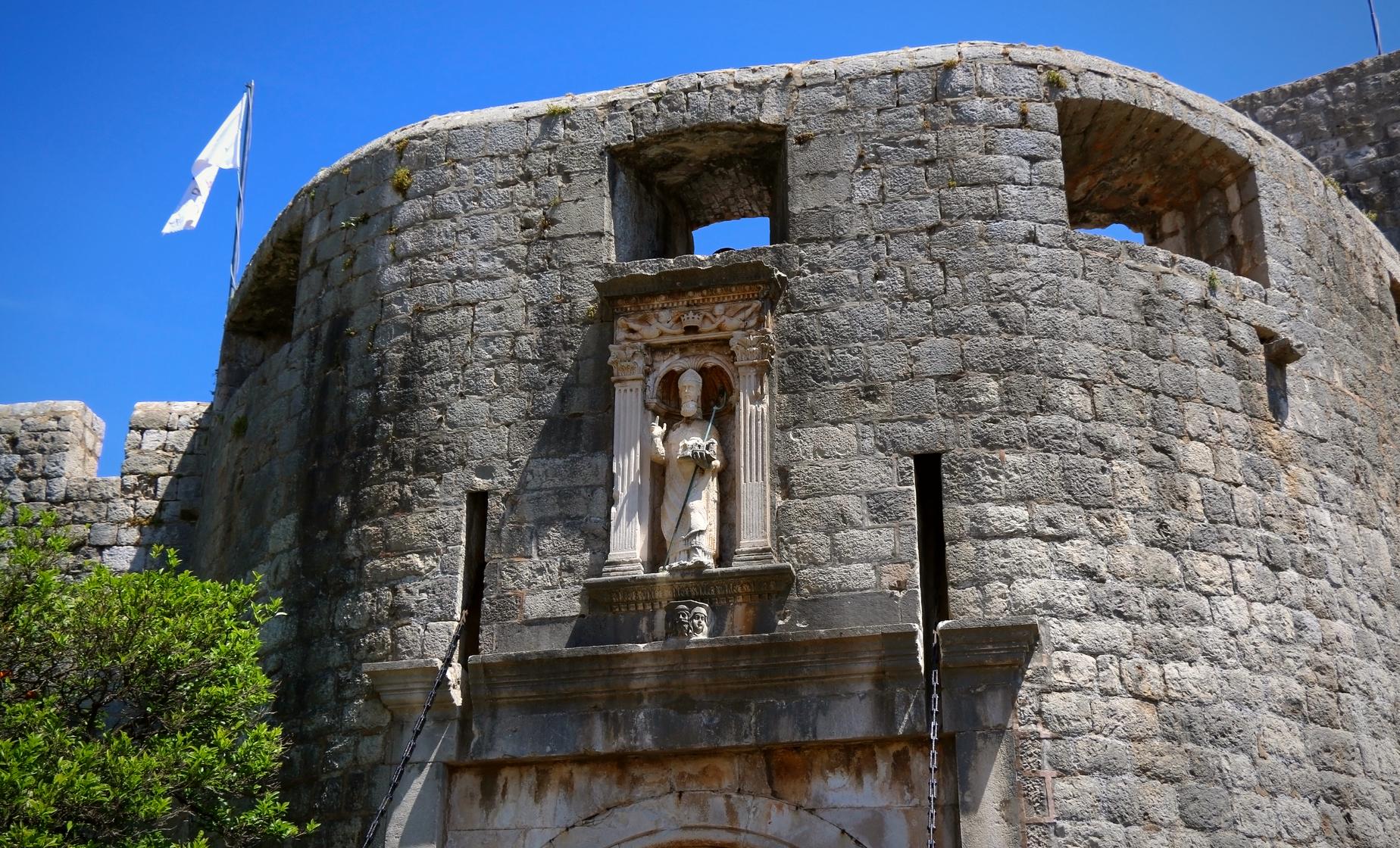 After meeting your professionally trained guide at the entrance to Dubrovnik's Old Town, you will begin your walking tour of this fascinating historical and cultural site.

The Old City, also known as the Pearl of the Adriatic, was an important Mediterranean Sea power from the 13th century onwards. Dubrovnik is a remarkably well-preserved example of a late-Medieval walled city with its Gothic, Renaissance, and Baroque churches, monasteries, palaces, and fountains.

Your tour of the Old City begins at Pile Gate, the gated entrance to this ancient city. Cross the wooden drawbridge that was once pulled up each night in order to protect the city. Upon entrance into the walled city, see Onofrio's Fountain. During the Middle Ages, this fountain provided fresh water from the Dubrovnik River through an aqueduct system. Next on your walking tour of Old Town, see the imposing Baroque architectural features of The Franciscan Monastery. This monastery also features a garden, museum, and the famous Old Pharmacy. Still in operation after 700 years, The Old Pharmacy is one of the oldest working pharmacies in Europe, and visitors can peruse the jars, ointments, and poisons that date back to the 15th century.

Your walking tour of Dubrovnik's Old Town continues with a walk up and down both sides of the famous main street, the Stradun. A walk along the Stradun will show you a few of Dubrovnik's Renaissance buildings that survived the earthquake of 1667, and will give you an idea of the city's architectural heritage. Perhaps the finest Renaissance highlight is the Sponza Palace, which dates from the 16th century and is now home to the National Archives. The Rector's Palace is a Gothic-Renaissance structure from the 15th century when it was the seat of the Government and Rector of the Republic. It has finely-carved capitals and ornate decoration, which gives us a glimpse into how the ruling class lived. The St. Saviour Church is another glorious remnant of the Renaissance period.

After your guided tour, you may choose to continue sightseeing on your own on Stradun before making your way back to the ship. Stroll the quaint streets, shop in the many boutiques, enjoy refreshments at a local cafe, or simply sit on a bench and enjoy the sights before heading back to your ship.

Please Note: This tour concludes on the main street, Stradun. Guests must make their way back to the ship on their own.

4.7 / 5  |  40 ReviewsReview This Tour
Step Back in Time
Being inside the city walls of old town Dubrovnik gave me a glimpse into ancient history. The old town is full of beautiful Gothic, Renaissance and Baroque churches, monasteries, palaces and fountains. I was surprised to learn people still live inside the city walls. Our guide was very informative and I liked that she used headphones to describe the buildings and history of the town. Game of Thrones fans will easily recognize the walk of shame steps and other sites. We had a delicious lunch at the top of said steps during our free time. After the tour, we paid extra to walk the top of the wall - which had amazing views of the port and sea. We also hired a taxi driver to take us to the top of the mountain. He actually fought in the 1990 war against Yugoslavia and showed us bunkers and described his experience.
Reviewer: Deirdre L Ditty

good short tour
The tour was just right. We started early to avoid the crowd. We visited a few churches and walked around in the Old Town. At the end we walked by ourselves and did some shopping at the market. We enjoyed the short tour.
Reviewer: victoria franques

Loved Dubrovnik
We loved the old city of Dubrovnik. Many streets and shops and the history was amazing. The best views of the city are at the top of the mountain. Take the tram for some wonderful views. Also on top is a small but interesting museum of the recent war that took place there. If a history buff this is a must. The videos really showed what happened. Also, one of the docents actually took place in the battle and some of his pictures adorn the walls.
Reviewer: Marvin Williams