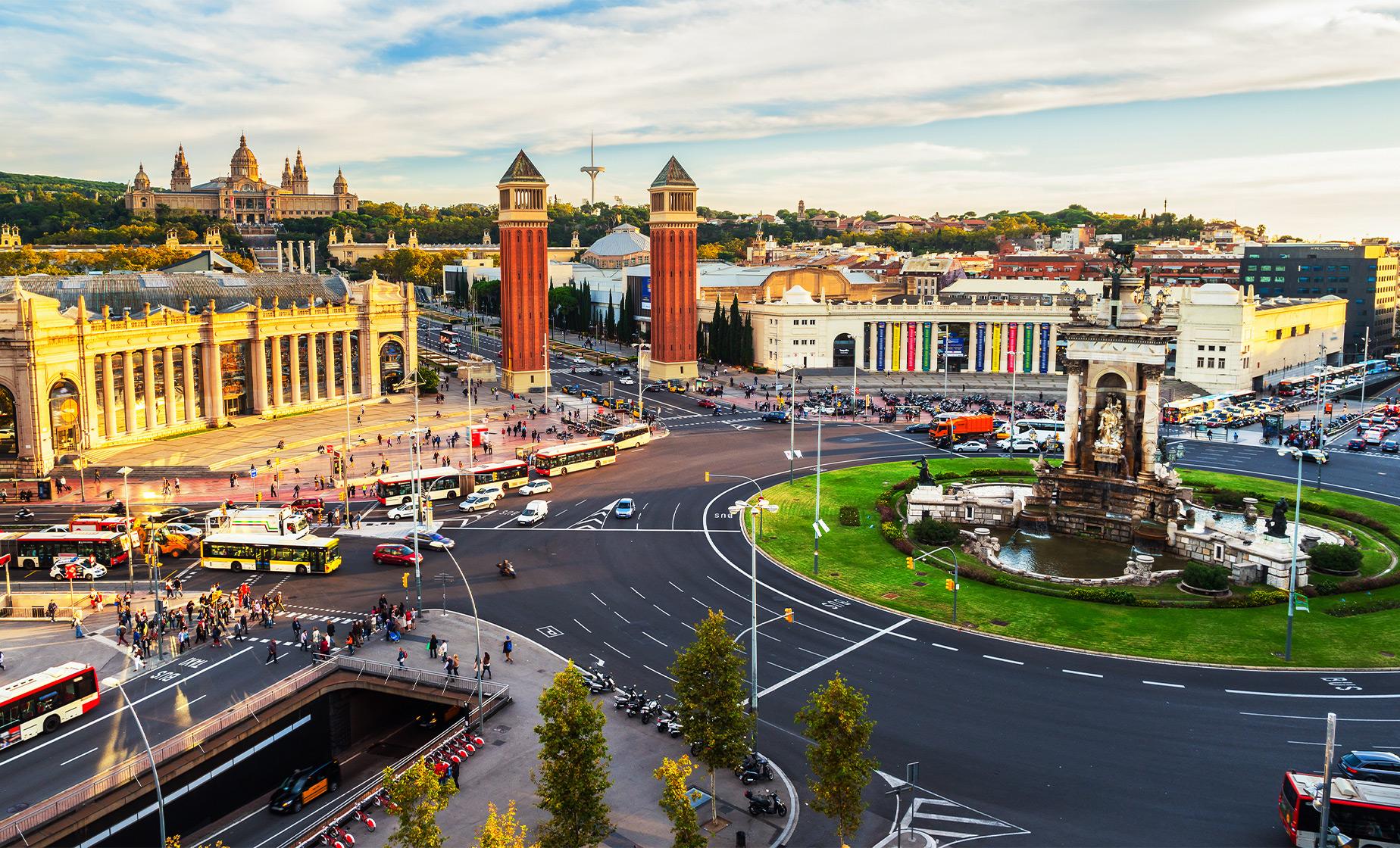 Numerous bus stops throughout Barcelona. A shuttle (not included, charges may apply depending on cruise line) may be required to reach the closest stop.
Food/Beverage Provided Not Included
Recommended Dress If you plan to visit a religious or memorial site, shoulders and knees must be covered. Sensible, rubber-soled walking shoes, sunscreen, and sunglasses are recommended.
Restrictions Guests must be able to step up onto and off of the bus. To access the upper deck, a narrow staircase must be climbed. Fold up wheelchairs can be stored based on space available. The buses are equipped with a manual ramp for wheelchair access. There are steps required to enter several of the sites, as well as steep curbs in some areas.

If you want to visit Barcelona at your own pace and with no hurry, the double-decker tourist bus is your option! You can get on and off all day long, with the same ticket. You can change routes and learn about the history of the city through a comfortable audio system with earphones, in 17 languages.

Wander around the ancient winding streets where many of the buildings date from medieval times, some from as far back as the Roman settlement of Barcelona and visit Gaudi's famous Sagrada Familia and Casa Batllo among other beautiful places. From an open-top double-decker bus, you will get the chance to see the major sights of Barcelona. The tour will highlight all the best sights to see in the city, and you can hop on and off at your convenience at more than 30 stops.

Upon boarding you will receive a map and guide with all the stops of each of the routes, and discounts for different establishments in the city. These new buses are adapted for people with limited mobility and have an electric roof for use in the event of rain; they are fitted with anatomical seats and heating on both decks. There is a stewardess aboard to answer general questions.

Please Note: There are 3 bus routes with varying schedules and tour durations. The Red and Blue Routes run every 20 minutes, and it takes approximately 2 hours to complete the routes without getting off. The Green Route runs every 20 minutes from mid March to October, and it takes approximately 40 minutes to complete the route without getting off. The tours are narrated in English, Chinese, Spanish, Catalan, French, Japanese, German, Italian, Portuguese, Brazilian-Portuguese, Hebrew, Dutch, Norwegian, Finnish, Turkish Arabic, Russian, and Swedish. First and last tour times will be detailed in your electronic ticket.

4.6 / 5  |  68 ReviewsReview This Tour
Great way to see the city
Barcelona is huge. We didn't even scratch the surface but we wouldn't have seen what we did without the Hop on/off bus. The buses were clean and no issues.
Reviewer: Brandy McCormack

Easy
This was very easy to use. We choose this because there were several things we wanted to see in a short period of time. This system was easy to use and clean. Barcelona was in a period of protests and crowed, we managed to use the bus and see more than we thought we would.
Reviewer: Debra Mabery

Barcelona
About what was expected because I had flown in early that day and was tired. This tour took my group to La Sagrada Familia where we had a tour scheduled in the afternoon. Worked out perfectly.
Reviewer: Sherry Waters

Great Tour
We really enjoyed this tour. The commentary was really informative so made the whole day so interesting.
Reviewer: Patty

Awesome
Fantastic way to see the highlights of beautiful Barcelona. With limited time in the city it allowed us to see so much!!! It is very well organized.
Reviewer: BONNY DUNCAN

Hop on off efficiency
Great way to journey through the city in one day for cruise tourists.
Reviewer: S Ocampo