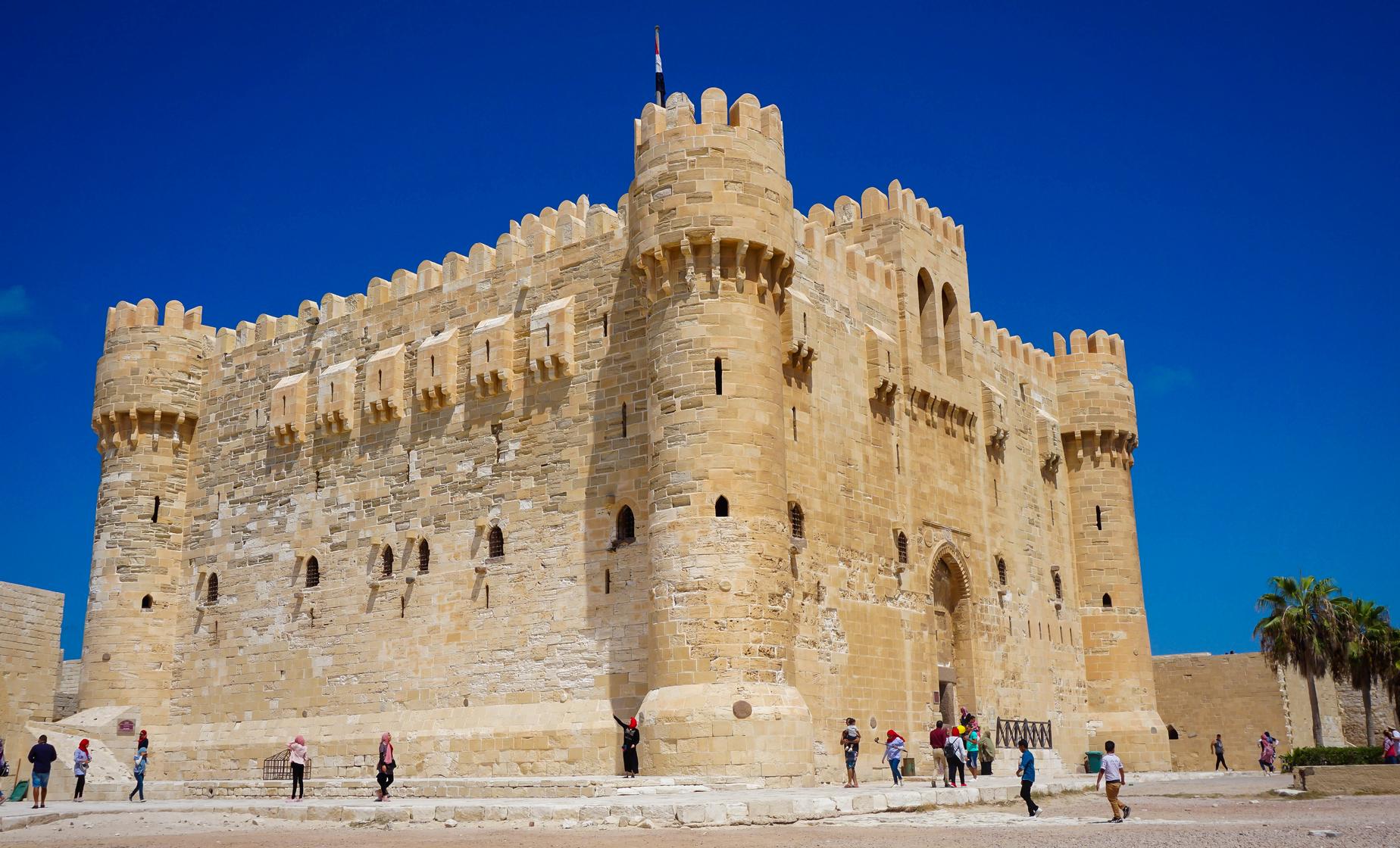 5.0 / 5  |  1 ReviewReview This Tour
From $72.00/person to $151.00/person (Select "Individuals" below) Price varies based on number of individuals in your group
Choose Options My Cruise Itinerary
Summary
Shore Excursion Size

Ship Pier
Food/Beverage Provided None
Recommended Dress Comfortable clothing and sensible, comfortable walking shoes are recommended. Sun glasses and sunscreen are suggested.
Restrictions Walking is at guest's discretion at the photo stops. Most surfaces are paved, some with curbs that do not have ramps.

Your private panoramic Alexandria shore excursion begins as you depart the pier for the drive to the Citadel of Quait Bay. Here you will visit the site of the lighthouse of Ancient Alexandria, Egypt, considered one of the Seven Wonders of the Ancient World. Finished in the 3rd century B.C., the lighthouse was an astonishing 380 to 440 feet in height, with approximately three hundred rooms in the lower section for workers. The lighthouse was lit by a double spiral ascent in the center with hydraulic machinery that raised fuel for the lamp to the top. The lantern at the top of the lighthouse remains a source of discussion. Some say it contained a steel mirror that reflected light in the day and fire by night. Others say it was made of glass. The lantern and the top two stories fell around 956 A.D. during an earthquake, and most of the tower was destroyed during earthquakes in 1303 and 1323. The present-day fort was built in the 1480s by Sultan Qaitbey using pieces of the lighthouse. These blocks are clearly visible due to their excessive size in comparison to surrounding masonry.

The next stop on your private cruise excursion will be a photo opportunity at the beautiful Abu El Abbass Mosque, considered to be the biggest mosque in Alexandria and a genuine example of Islamic architecture. The current building dates from 1775, although sections within date back as far as 1286 A. D. A photo stop will also be made at the Tomb of the Unknown Soldier, which dates back to 1915.

The ancient library of Alexandria dominated the ancient world of learning from approximately the third century B.C. Although its total demise is often credited to a fire started by Julius Caesar in 48 B.C., the truth may be that part of the library survived the fire and continued on until 391 A. D., although it never regained its world prominence after the fire. King Ptolemy II Philadelphus is said to have set 500,000 scrolls as the objective of the library, but no actual record survives. In honor of the ancient library, in 2002 a new library, Bibliotheca Alexandrina, was built on the Eastern Harbor on or near the site of the original. The building, in the shape of a massive disc, evokes the image of the Egyptian sun illuminating the world.

Your tour will conclude with a drive along the Mediterranean coast to the Montaza Gardens, which feature 115 acres of gardens surrounded by great walls on three sides and the sea. Within its walls, you will see the exterior of the Montaza Palace, built in 1932 by King Fouad and inherited by his son King Farouk, last of the Egyptian kings. As you drive through the gardens, photo stops will be made along the way. Following your visit, you will return to the pier and ship.

5.0 / 5  |  1 ReviewReview This Tour
Very complete
I should add that the Egypt day trips, like your other excursions, was the most comprehensive I saw when I researched our trip. Talking with guests who booked through others, I know they were. Guide was incredible. The only thing I could find any fault in is the traffic in Egypt which I guess you really cannot control. Having said that, our drivers were incredible.
Reviewer: R B