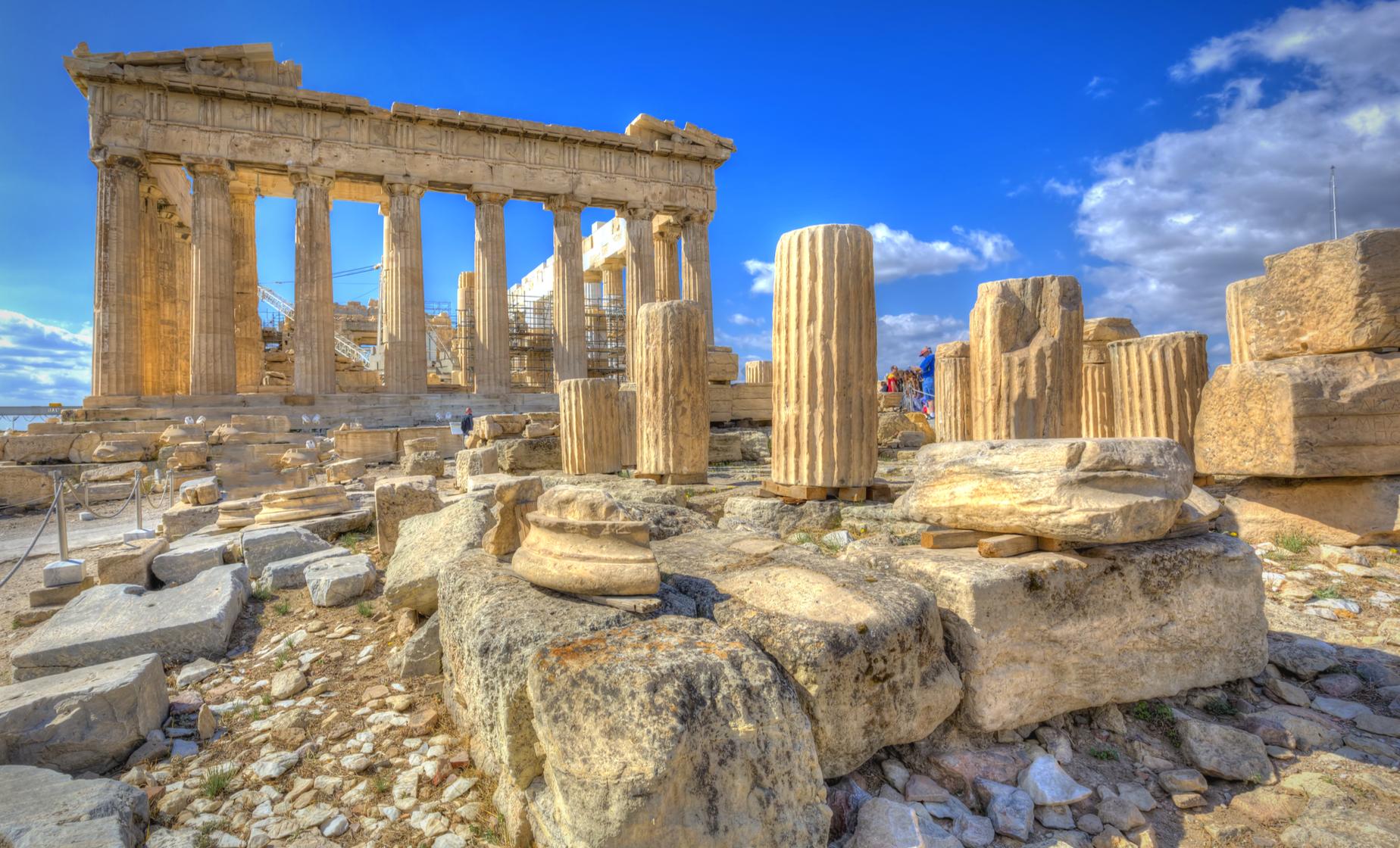 5.0 / 5  |  2 ReviewsReview This Tour
From $108.00/person to $358.00/person (Select "Individuals" below) Price varies based on number of individuals in your group
Choose Options My Cruise Itinerary
Summary
Shore Excursion Size

Cruise Ship Pier
Food/Beverage Provided Not Included
Recommended Dress Comfortable clothing and sensible, flat-soled walking shoes are recommended. Sun glasses and sun screen are suggested.
Restrictions To climb up to the Acropolis, guests must be able to walk over paved, inclined paths, some with steps, then climb a series of steps to reach the propylea. The walking surfaces on top of the Acropolis are uneven. The Plaka is predominately paved surfaces, several with slight inclines.

After descending the Acropolis, enjoy a city orientation drive viewing such sights as the Temple of Zeus, the Tomb of the Unknown Soldier and the former Royal Palace which is now the Greek House of Parliament. You will pass by the University of Athens, the Academy of Athens, and the National Library. Next, you will proceed to the Panathenian Olympic Stadium where the first modern Olympic Games were held in 1896. After a short photo stop at the Olympic Stadium, you will continue on to the Plaka, one of the oldest parts of the city, where your guided portion of the tour ends.

Bordered by the Acropolis to the south and the Ancient Agora to the west, the Plaka is the historic heart of Athens. Blending with the adjacent Monastiaki district the Plaka area seems to have a little of everything from the ancient ruins of a Roman forum, the Greek Agora, and Byzantine influenced churches, to restored 19th century neoclassical homes and modern day stores, boutiques and cafes sprinkled throughout. After making suggestions for additional touring, shopping or where to sample some Greek food, your guide will say their goodbyes and you will have approximately one hour to explore on your own.

The Plaka area is home to several museums including the Benaki Museum, the Kanellopoulos Museum, the Museum of Greek Musical Instruments and the Greek Folk Art Museum to name a few. For shopping you will find Greek souvenirs, clothing as well as Greek jewelry shops along many of the larger streets. Greek gold jewelry is often better priced than other European countries as the labor cost is less and is also very unique.

For a quick, inexpensive taste of traditional Greece, order a pita-souvlaki or gyro from a walk up window and eat it standing up. Be aware that any time you sit at a cafe in the Plaka, you pay for the experience, and outside seating carries a higher charge than inside seating. If you want to sit down and enjoy a leisurely meal, look for where the locals are dining, which is almost never on the major streets, but usually on smaller side streets such as Kydatheneon. At the designated time and location, your driver will be waiting to take you back to the pier. Guests wishing to stay longer in the Plaka should let their driver know, and will need to arrange their own transportation back to the port.

5.0 / 5  |  2 ReviewsReview This Tour
STUNNING
Our driver was excellent and our tour guide was incredible - so much knowledge. Very enjoyable! We saw so much and learned a lot! Comfortable the entire time!
Reviewer: Diane M Pierce

Best Tour of the Cruise!
Our tour guide was so knowledgeable I felt like a PhD professor was our guide. She pointed out such cool information like the sides of the Parathenon were curved inward to better improve the illusion it was built straight. She also knew the history of the area and era extremely well. I couldn't rate her higher!
Reviewer: Ellin S