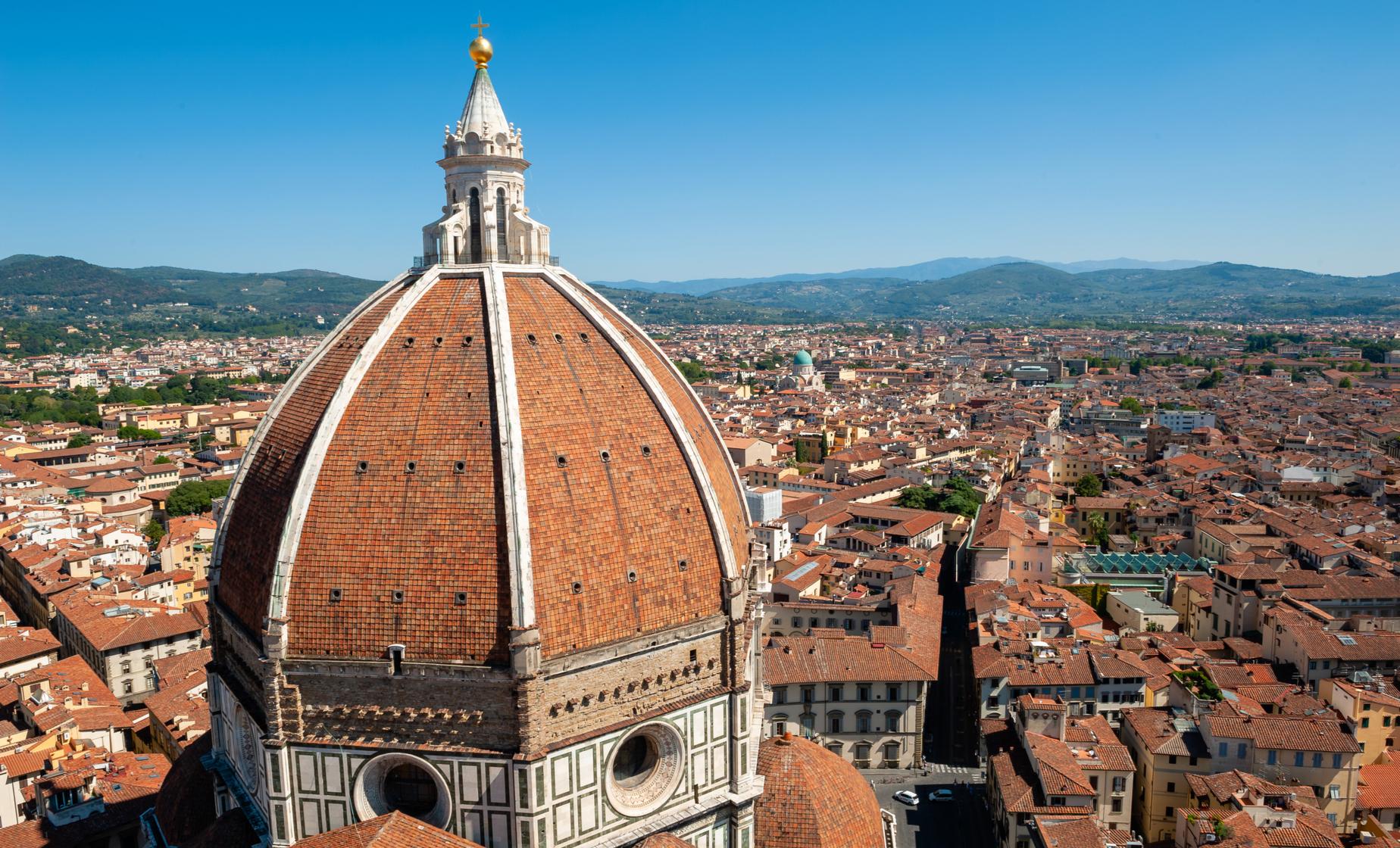 Cruise Ship Pier
Food/Beverage Provided Not Included
Recommended Dress We recommend wearing comfortable, seasonal clothing and walking shoes, sunscreen, a hat, and sunglasses.
Restrictions Guests must be able to get in and out of vehicle, and be able to walk to the sites visited on the tour. This tour is not wheelchair accessible. Guests must be in good physical health with no mobility issues, as this is a very active tour.

The first stop on your tour is the well visited, famous medieval town of Pisa, home to the University of Pisa founded in 1343.

Stop for photographs in the Field of Miracles, then marvel at Pisa Cathedral's Leaning Tower. This freestanding bell tower was built over a period of 199 years beginning in 1173 and started to tilt early on during construction due to an unequal soil foundation. The tilt was partially corrected in the later stages but the tower still leans about 3.99 degrees, resulting in the top of the tower displaced a little over 12 feet from its center.

Wondering what else to see in Pisa? While in Duomo Square you will also see the Pisa Baptistry of St. John, an ecclesiastical building made from marble and three brass doors containing relief sculptures that Michelangelo named the Gates of Paradise.

Take a walk along the Piazza Dei Cavalieri, the political center in medieval times with stunning facades.

From there you will travel through the Tuscan countryside to Florence and pass under the famed Porto Romana gate built into the 13th century walls of the city. See Pitti Palace, a massive Renaissance palace and palazzo originally used as a residence by ruling families and a power base by Napoleon and today is a large gallery and museum.

Walk behind the palace to visit Boboli Gardens decorated with ancient sculptures. On the terrace at Piazza del Michelangelo you will receive an impressive overview of Florence.

The Piazza della Signoria offers impressive sculptures plus the grand Palazzo Vecchio, or town hall. This square is also the gateway to the Uffizi Gallery, a prominent museum that houses several paintings from the masters including Michelangelo, Da Vinci, Botticelli and Raffaello.

During this tour featuring Florence's highlights, you will also see the amazing Santa Maria Del Fiore Cathedral with its Giotto Bell Tower as well as the Basilica of Santa Croce.

Stroll through narrow streets and past the Arno River as your guide shares interesting tidbits and secrets about Florence's history. Cross the Ponte Vecchio Bridge, the most photographed landmark in the city.

Sign up now and spend an unforgettable day in the cultural and historical heart of two of Italy's most cherished and visited cities.

5.0 / 5  |  9 ReviewsReview This Tour
Pisa and Florence
Massimo was very good, very knowledgable, very curtious and well organised. We enjoyed out excurssion very much. His suggestion on how long to be at each site was very helpfull and allowed us to maximum time that we wanted. Thanks Massimo
Reviewer: George Tziros

Wonderful tour!!
This was a fabulous tour and our guide was great!!! He was personable and very knowledgeable. We had another family on our tour and our guide went from English to Spanish to Italian fluently and made us all feel important and answered all of our questions.
Reviewer: Cristy

Small Group w/ Fantastic Guide
When you opt for an optional excursion you want a small group and lots of attention and this is exactly what we got. Group size was about 10-12 people and Luca our guide was phenomenal. He was energetic, fun and informative. Everyone had a great time.
Reviewer: Michele

Pisa and Florence Highlights
The excursion was excellent. Our guide was knowledgeable and brought history to life. Well paced.
Reviewer: Williard Harris

Perfect
We enjoyed our tour so much! We were able to see a great deal of Pisa and Florence. Our guide was knowledgeable and fun.There were only 7 of us along with a driver and our guide Luka. I highly reccommend this tour.
Reviewer: Carol york

BEST TOUR EVER!
Luca was a great guide! Our favorite tour on any ship we have ever taken. Size was perfect and Florence was wonderful!
Reviewer: Kari Kolstoe