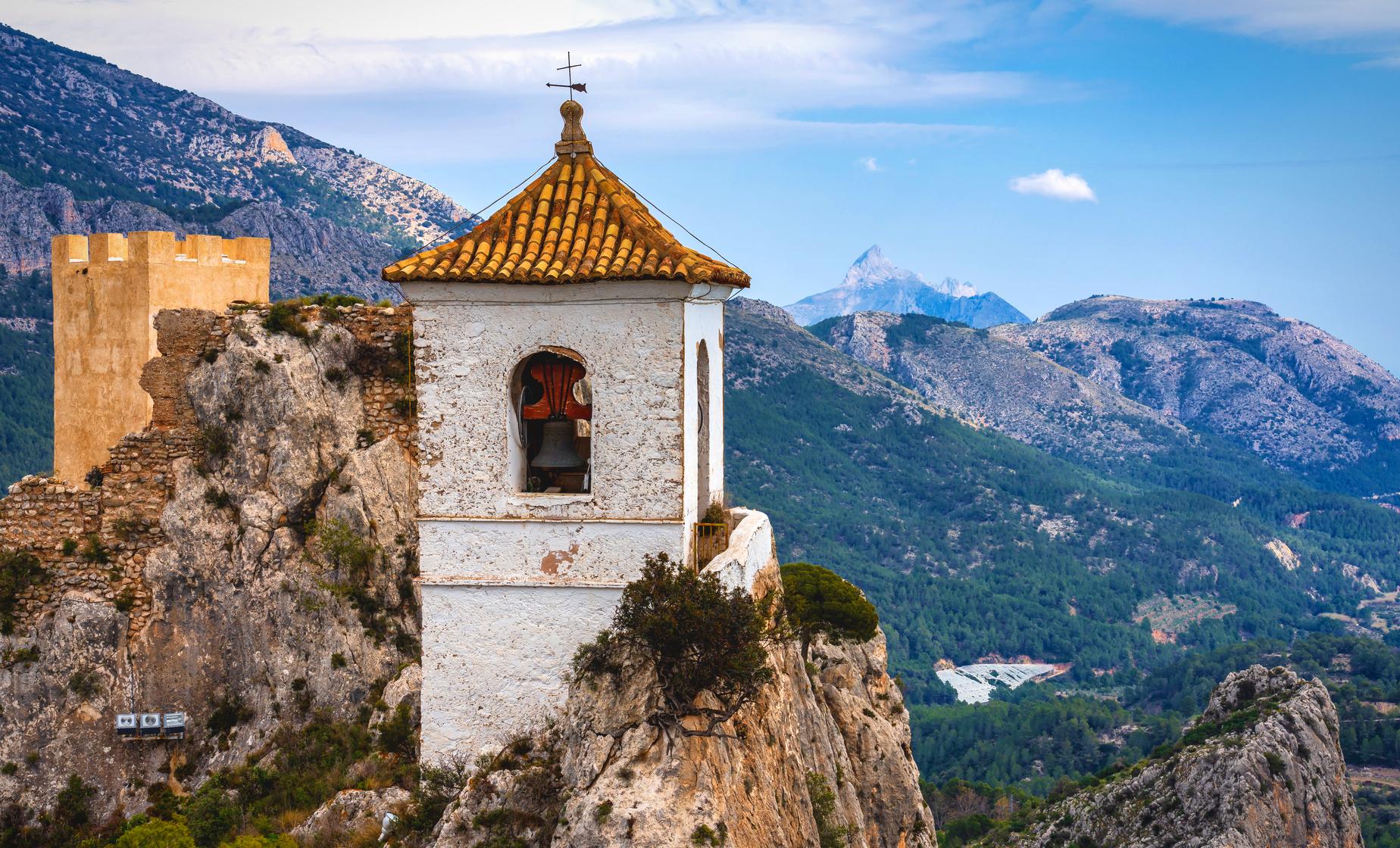 Review This Tour
From $34.50/person to $1,708.00/person (Select "Individuals" below) Price varies based on number of individuals in your group
Choose Options My Cruise Itinerary
Summary
Shore Excursion Size

Cruise Ship Pier
Food/Beverage Provided Not Included
Recommended Dress We recommend wearing comfortable, seasonal clothes and walking shoes. We also suggest to bring sunscreen, sunglasses and a hat.
Restrictions Guests must be able to step in and out of the vehicle and be able to walk on uneven ground. This tour is not wheelchair accessible.

On this private full-day excursion in Spain, you will be accompanied by your English-speaking tour guide, where you will set out to discover sweeping and panoramic vistas of this incredible area. As you leave the port area, you will begin to make your way to Benidorm, a seaside resort on the eastern coast of Spain and part of the Valencia region's famed Costa Blanca.

This was a tiny fishing village up to the 1960s but has now become a popular Mediterranean holiday destination known for its nightlife. The two wide sandy beaches, Levante Beach and Poniente Beach, are backed by palm-lined promenades, bars and rows of skyscrapers. This leisure and holiday town is located 25 miles from Alicante and is one of the most popular choices of millions of holidaymakers every year in Spain and Europe. Boasting one of the world's largest and vibrant resorts, it continues to be the ultimate holiday destination and in commonly known as "land of light and fun".

Continue to Guadalest, a Valencian town and municipality located in a mountainous area of the comarca of Marina Baixa, in the province of Alicante, Spain. Surrounded by the Aitana, Serella And Xorta Mountains, the village was a strategic military stronghold with fortifications dating back to 715AD and the period of Moorish occupation of Spain. Its long history includes action seen during the Moorish occupation. A strong earthquake in 1644 seriously damaged the fort and houses of the village and during the War of the Spanish Succession, it again suffered serious damage from a mine explosion.

The town grew up around the fortress and originally the population lived within the protection of the castle walls. The castle can only be entered by one small tunnel cut through the rock at the San Jose gate. The area inside the walls includes the ancient city dungeon, the bell tower, Saint Joseph castle, the Orduna House, parish church and the Moorish fortified building called Alcozaiba. The houses the Moors lived in then were built outside the San Jose gate. This part of the town, ""el Arrabal"", with its little streets and squares is where most of the shops, museums and restaurants are today. The river Guadalest flows through the area and has been dammed to form a spectacular a reservoir below the town. Guadalest has been declared a 'Monument of Historical and Artistic Value' and is a major tourist attraction in Spain.

As you make your return to Alicante, you will have a panoramic tour of the city including a view of the great Castle of Santa Barbara, one of the best-preserved castles in Spain. Make a stop for a walking tour through the old town of Alicante where you will have some free time to wander and explore on your own.

This port city in Spain's southeastern Costa Blanca is the capital of the Alicante province. Its old town, Barrio de la Santa Cruz, has narrow streets, brightly painted houses and a nightlife scene. In all of Spain's mainland provincial capitals, Alicante, is the most influenced by tourism, nevertheless it is a dynamic and attractive Spanish city. At the end of the day you will be returned to your ship and pier area.

Please Note: At the Castle Santa Barbara there is a steep climb to the castle, alternative offers for those who do not wish to climb will be given.