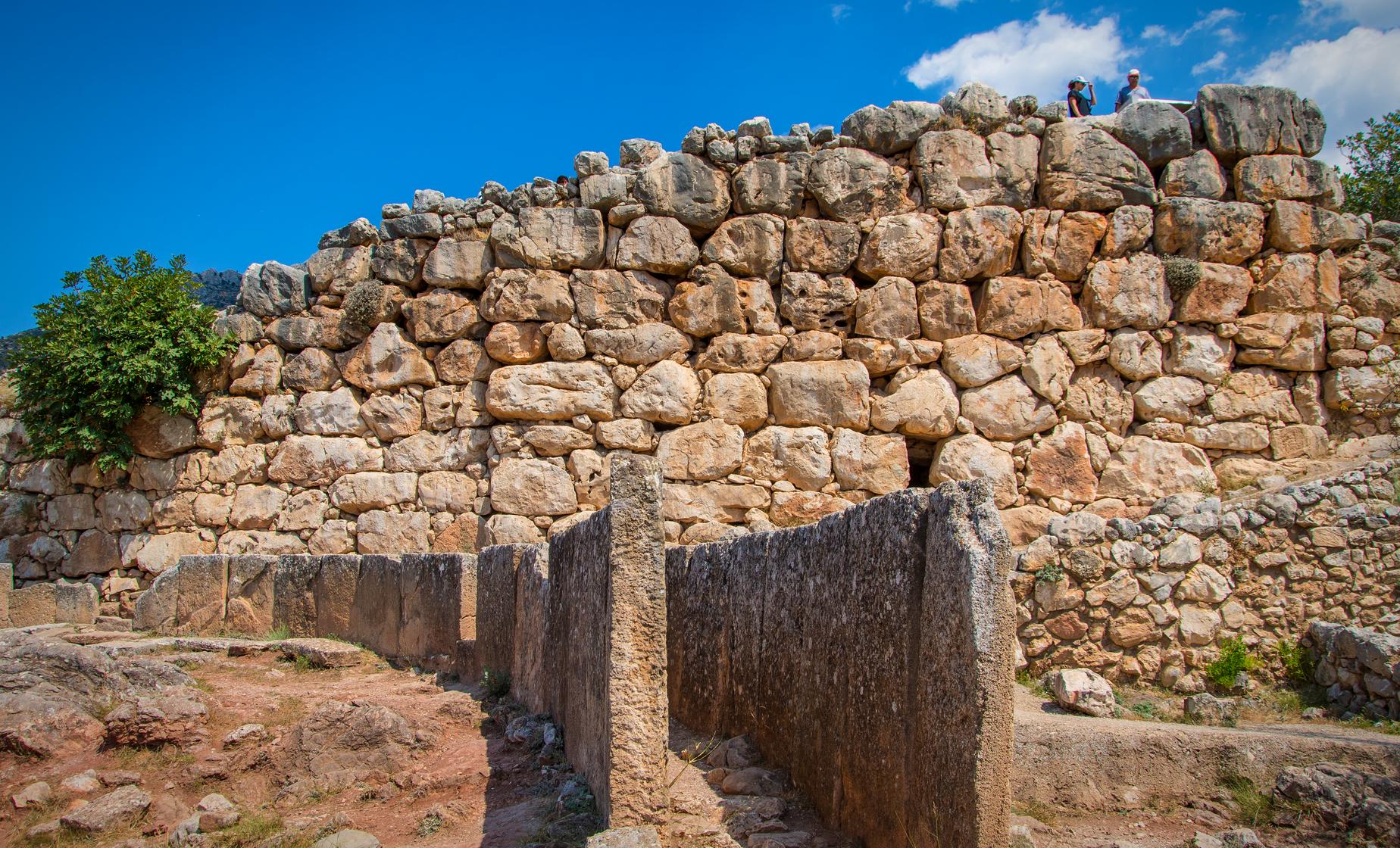 Review This Tour
From $117.00/person to $1,558.00/person (Select "Individuals" below) Price varies based on number of individuals in your group
Ages 4 and under are free.
Choose Options My Cruise Itinerary
Summary
Shore Excursion Size

Outside Cruise Terminal.
Food/Beverage Provided Local Greek buffet lunch with house wine and mineral water
Recommended Dress We recommend wearing comfortable clothing and sensible, flat-soled walking shoes. Sunscreen and sunglasses are also recommended. For those wishing to visit any churches, ensure shoulders and knees are covered.
Restrictions Minimum age to consume alcohol is 21 years. There is a moderate amount of walking on this tour (more than 1 mile) and you may need to climb up full flights of steps and/or negotiate uneven terrain. This tour is not wheelchair accessible but folding wheelchairs can be stored on the bus

Spend the day exploring ancient ruins in Ancient Corinth, get spectacular views of the canal, and more on this private guided tour in Athens. Your tour includes a comfortable private motorcoach and expert tour guide who will show you Athens' ancient attractions, including the Lion's Gate of Acropolis of Mycenae, Corinth Museum, and the Beehive Tomb. You'll also get to see panoramic views of the Corinth Canal from atop a bridge. You'll also get a delicious Greek lunch filled with local delicacies, making this an ideal trip for Ancient Greece aficionados and cultural connoisseurs.

Your epic adventure in Athens starts with a scenic drive along the Saronic Gulf as you make your way to the Corinth Canal, a 72-foot wide canal that boasts 230-feet high, sloping sides. This canal completed construction in the 19th century amid several attempts and it offers breathtaking views from the bridge. Take beautiful shots of this monumental canal while suspended above the canal waters some 200 feet in the air. Next, you'll head to the entrance of the Corinth Canal at Isthmia pier for a guided tour of viewing Mycenaean artifacts like jugs and jars at the Corinth Museum and explore Ancient Corinth the ancient Corinthian capital city and former citadel.

Ancient Corinth's epic history dates back to the 5th Century B.C. and even was a well-traveled spot for St. Paul, who voyaged to the Church of Corinth bi-annually. Take in the architectural beauty of places like the ruins of Lechaion Road, the Spring of Periander, the Apollo Temple, and the Fountain of Glauke, a limestone fountain that was believed to have saved the girl who fell into its waters from a potentially poisonous fate. After exploring Ancient Corinth, you'll break for lunch to dine on Greek delicacies like dolmades and baklava before hopping on your bus on a scenic 45-minute drive to Ancient Mycenae, a formerly inhabited region that dates back to the Bronze Age. Here, you'll go on a tour exploring ancient ruins and landmarks like the colossal Lion's Gate, the eight-foot deep walls of Ancient Mycenae, and the Beehive Tomb, a tomb that resembles a beehive and is believed to be where King Agamemnon rests.

Head to the Acropolis of Mycenae, where you'll witness the famous Gate of the Lions, Europe's oldest emblematic monumental sculpture. This archeological site's excavation uncovered several finds that are known to be preserved in museums, including the Mask of Agamemnon and gold treasures. Conclude your tour with a scenic drive back to Piraeus before boarding your ship.

Whether you're looking to gain a first-hand view of the Corinth Canal or explore the remnants of Ancient Mycenae, this private guided tour offers it all. Book this tour now to reserve your spot today for an epic time in Athens!