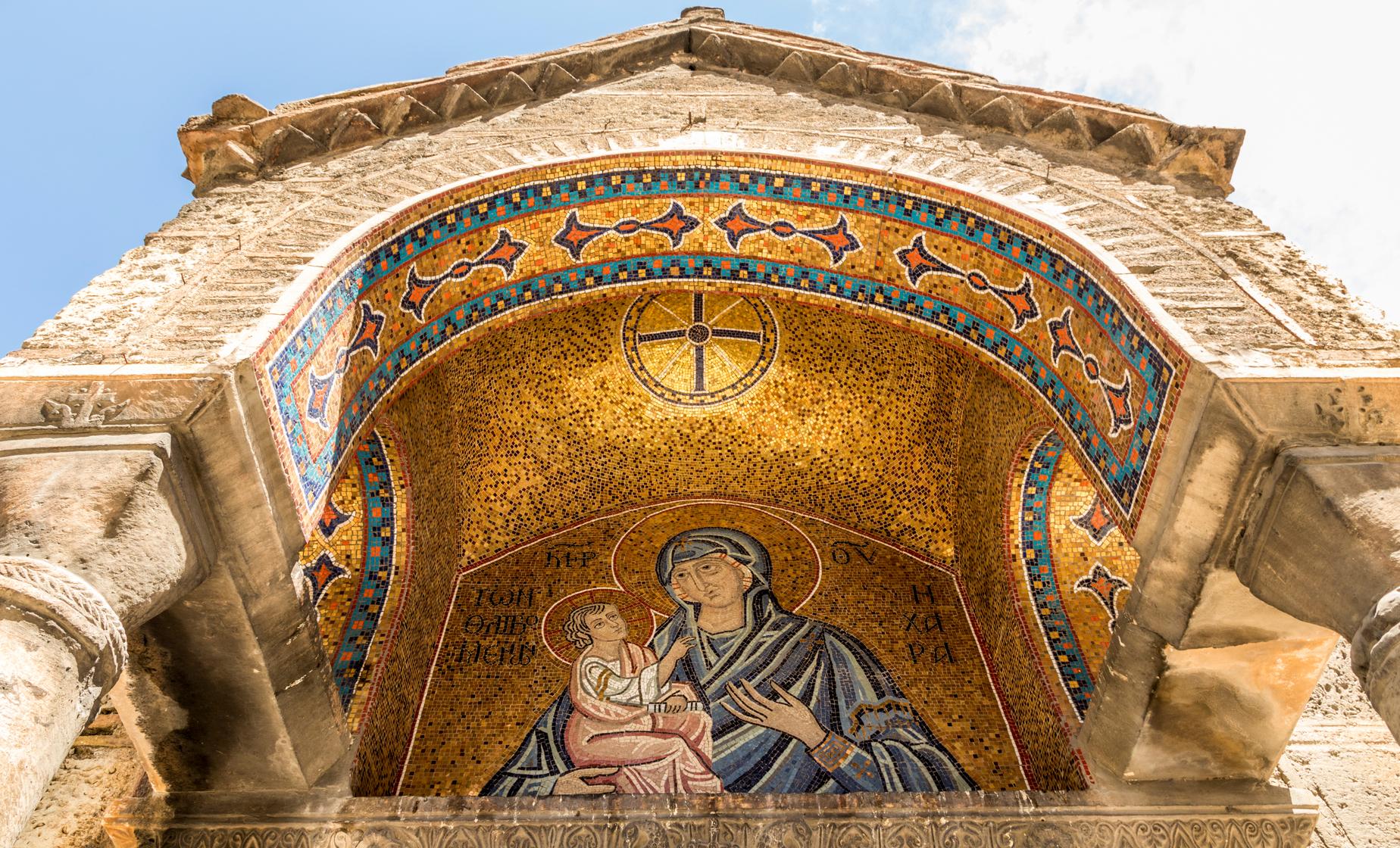 Review This Tour
From $169.00/person to $603.00/person (Select "Individuals" below) Price varies based on number of individuals in your group
Ages 4 and under are free.
Choose Options My Cruise Itinerary
Summary
Shore Excursion Size

Cruise Pier.
Food/Beverage Provided Bottle of water.
Recommended Dress We recommend wearing comfortable clothing and sensible, flat-soled walking shoes. Sunscreen and sunglasses are also recommended. For those wishing to visit any churches, remember that shoulders and knees must be covered. Men must wear full-length trousers.
Restrictions Please note that most of the churches will be closed in the afternoon, with the exception of the Cathedral. Guests must be able to walk over cobblestones and uneven surfaces, inclines and steps. This tour is not wheelchair accessible.

Long regarded the birthplace of Western civilization, Athens was also an important center of Orthodox Christianity. Spend 4.5 hours exploring Athens' Byzantine era when your professionally trained and licensed guide picks you up at the pier for a journey to the center of Athens, Syntagma Square, and the 11th to 12th-century Byzantine era.

Upon arrival you will make your way to Cathedral Square to admire the 12th-century ancient cathedral decorated with a 4th-century frieze that revives the formal Attica celebrations. Next door is the impressive Metropolitan Cathedral of Athens, constructed in the 19th century with a three aisle-domed basilica combining Neo-Byzantine and Neoclassical elements. Also in the city center is Kapnikarea, a Byzantine domed church completed in the 13th century.

Make your way to the commercial heart of Athens and arrive in front of Aghioi Theodori, an 11th-century church constructed over the remains of a 9th-century house of worship by the Byzantine aristocrat Kalomao.

Your guide will then take you to Plaka, the oldest neighborhood in Europe. Here you will find the 11th century Aghios Nikolaos Ragkavas, considered as one of the most beautiful byzantine churches of Athens. This church is at the center of lively celebrations and ceremonies every Easter. Don't leave Plaka without a stop at Aghia Ekaterini, a church built around the 12th century under the shadow of a palm tree. This building contains a votive inscription of the church's dedication to emperor Theodosius II in a big, cylindrical column supporting the altar.

Continue to the highlight of your tour: The prestigious Christian and Byzantine Museum of Athens, one of the most important museums of Byzantine art in the world. Founded in 1914, this museum houses more than 25,000 exhibits with rare collections of frescoes, pottery, fabrics, manuscripts, pictures, and more. While here, note the changes in the art and architecture that shaped the modern Greek Orthodox world of today. Reserve this private, 4.5-hour tour now and get ready to gain a deep understanding of the transition between Ancient and Modern Greece through the lens of Athenian Byzantine Art.