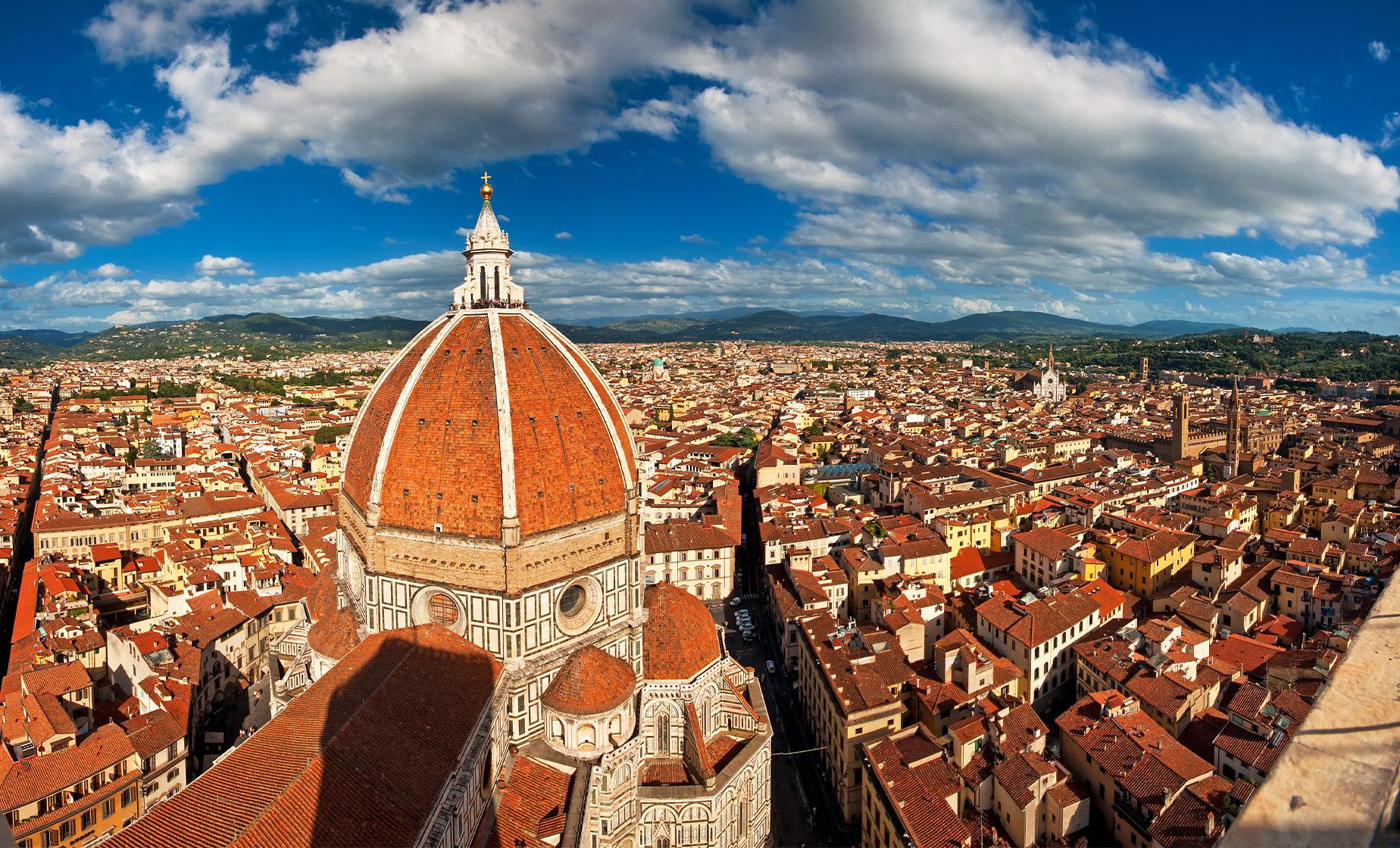 Review This Tour
From $90.00/person to $615.00/person (Select "Individuals" below) Price varies based on number of individuals in your group
Vehicles available for this tour accommodate groups of up to 2, 6, 8, 19, 25, 40 or 50 guests maximum. Please take this information into consideration when booking.
Choose Options My Cruise Itinerary
Summary
Shore Excursion Size

The Cruise Pier.
Food/Beverage Provided Not Included
Recommended Dress If you plan to visit inside a religious or memorial site during your free time, shoulders and knees must be covered. Comfortable clothing and flat-soled, closed toe, sensible walking shoes are recommended. Sunscreen and sunglasses are suggested.
Restrictions Walking in Florence and Pisa is over cobblestone, paved, and packed dirt surfaces. To reach the Square of Miracles, guests must walk a half mile each way over a level surface. There are steep curbs in Florence and some steps.

After meeting your private driver at the pier, you will begin your 90-minute drive to tour Florence. Upon arrival in Florence, you will meet your local professional guide, who will lead you on a walking tour of the old city center.

On this Florence excursion, you will visit the Piazza del Duomo. The Florentine Duomo is dedicated to Santa Maria del Fiore and is typical of Italian Gothic architecture. Arnolfo di Cambio designed the present building. The Cupola remained unfinished, and in 1421 the polygonal base was erected. Two architects won the competition to design the dome, Lorenzo Ghiberti (1368-1445), and Filippo Brunelleschi (1377-1446), but it was Brunelleschi who actually built it, using remarkable technical knowledge to achieve the uniquely beautiful results we see today. Completed in 1436, the Cupola is the most characteristic feature of the Florentine skyline, symbolizing a great cultural tradition and the city's civic awareness.

You will continue to visit Piazza della Signoria, which has been the political heart of the city from the Middle Ages to the present day. The piazza is named after the most important monument there, Palazzo della Signoria, designed by Arnolfo di Cambio in 1298-99 for the seat of the Republican government, and which was later to host the Gonfalonier of Justice and the Priors of the Arts (it was, in fact, first called Palazzo dei Priori).

Close by the Piazza della Signoria, you will visit the Ponte Vecchio, the oldest bridge, which crosses the Arno at its widest point. It dates back to Roman times and has been rebuilt on several occasions. After the flooding of 1333, it was re-constructed with a double row of shops, passing from a defensive type of architecture to the current public one. In 1565, the east-facing Vasariano Corridor above the shops was built and the back-shops were added in the seventeenth century, giving the bridge its modern-day structure.

The last stop will be in the Square of Santa Croce (Holy Cross), one of Florence's largest squares, and traditionally one of the city's main arenas for ceremonies and festivities. The Basilica of Santa Croce, one of the largest churches in the city, is attributed to the genius of Arnolfo di Cambio, who seems to have begun work in 1294. The presence of a great many funeral monuments and tombstones (276 can still be seen on the floor alone) has led to the Basilica being thought of as the city Pantheon, the burial place of Florence's most illustrious citizens. You may choose to make an inside visit during your free time. Here lie the tombs of Michelangelo, Galileo Galilei, Vittorio Alfieri, and Gioacchino Rossini. Entrance fee is not included in the tour price.

Your local guide will give you advice on additional sightseeing, shopping, or dining before departing, and you will then have approximately 45 minutes of free time on your own. At the appointed time, you will meet your driver and depart to tour Pisa.

In Pisa you will have some free time on your own to visit the Campo dei Miracoli (Field of Miracles), a wide, walled area at the heart of the city. Partly paved and partly grassed, it is dominated by four great religious edifices: the Duomo, the Leaning Tower of Pisa (the cathedral's campanile), the Baptistery, and the Camposanto. It is otherwise known as Piazza del Duomo ("Cathedral Square").

Please note that the pace of this Livorno excursion is very quick. This is a chance to see both towns but at a glance. The walk from the parking area in Pisa to the Field of Miracles is approximately a half-mile in each direction.

Please Note: The National Museums of Italy, including the Accademia, are closed on Mondays. Vehicles available for this tour accommodate groups of up to 2, 6, 8, 19, 25, 40 or 50 guests maximum. Please take this information into consideration when booking.