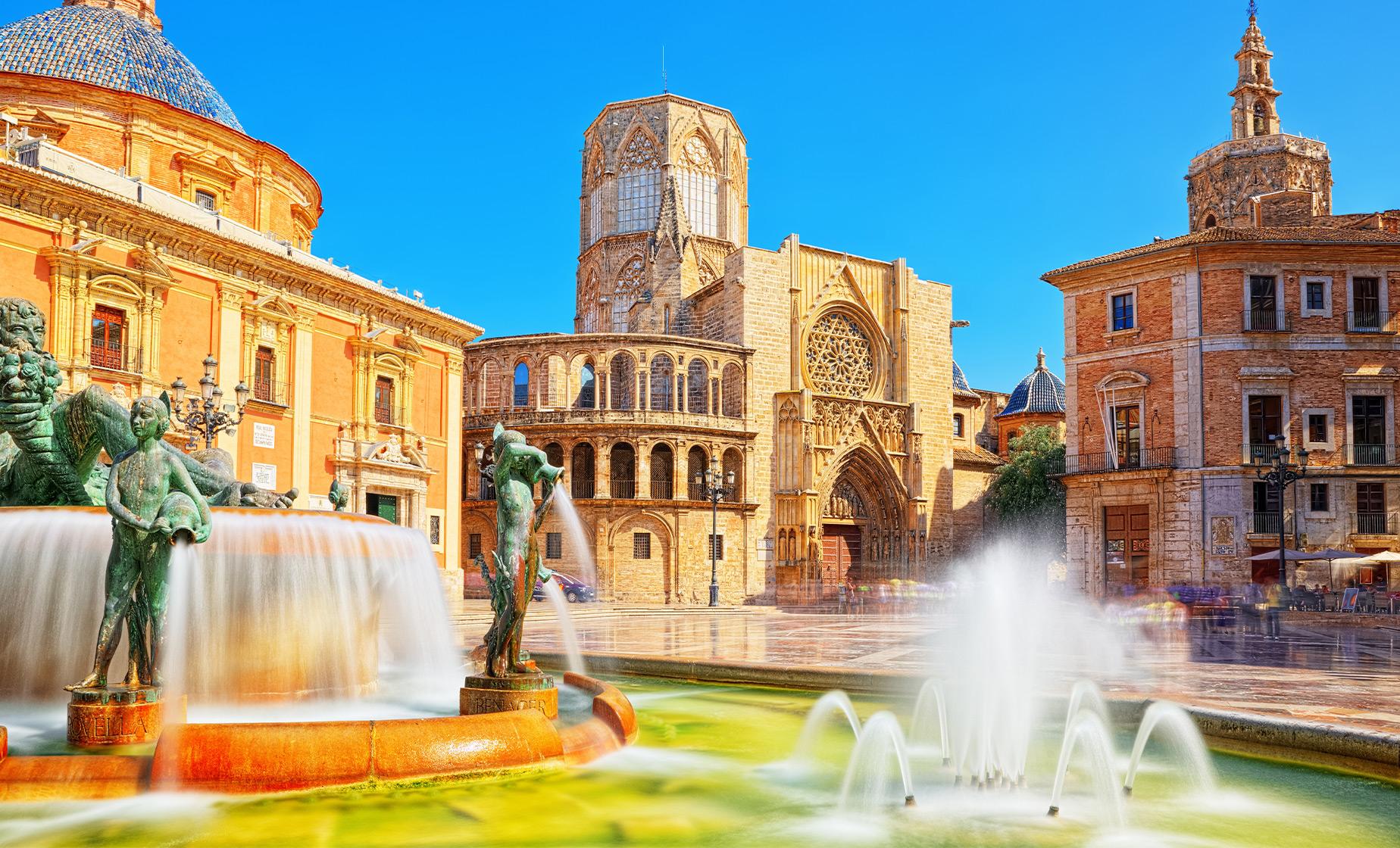 Review This Tour
From $25.00/person to $1,250.00/person (Select "Individuals" below) Price varies based on number of individuals in your group
Choose Options My Cruise Itinerary
Summary
Shore Excursion Size

You will be met directly at the port area where your driver and professional guide will meet you to begin your half-day, private tour of Valencia.

After a drive by the city of arts, for a photo opportunity, begin your day by visiting the Cathedral, standing on the site of a former mosque which dates from 1262. The Metropolitan Cathedral-Basilica of the Assumption of Our Lady of Valencia, also known as Saint Mary's Cathedral or Valencia Cathedral, is a Roman Catholic church. It is an impressive building that spans a variety of architecture styles, including baroque, Romanesque and Gothic. The Cathedral has been added to and modified many times over the centuries.

Continue your journey and view the magnificent Gothic building of La Lonja de la Seda (the Silk Exchange), which has been declared a UNESCO World Heritage Site. Built between 1482 and 1533, this group of buildings was originally used for trading in silk (hence its name, the Silk Exchange). Called Llotja de la Seda in Valencian, this set of Gothic-style buildings show off the power and wealth of a major Mediterranean mercantile city in the 15th and 16th centuries.

Next, visit the Baroque building of the Basilica of Our Lady of the Forsaken and then the Central Market, which was opened in 1928 and is one of the largest markets in Europe. Our Lady of the Forsaken is a Catholic apparition attributed to the Virgin Mary. She is the patroness of Valencia and one of seven patrons of the Autonomous communities of Spain. She appears with a lily in one hand and in the other, she carries the baby Jesus who bears the cross in his arms.

The Mercado Central, or Mercat Central in Valencian, is one of the oldest markets still in use in Europe. It has been declared a Heritage of Cultural Interest site by the Spanish Ministry of Culture.

End your tour by visiting the Ceramics Museum housed in a 15th century palace called 'Palacio Marques de Dos Aguas' which houses a reproduction of a traditional Valencian kitchen with 18th and 19th century tiles along with other ancient pieces from all over the world. Containing an important collection of ceramics, with prehistoric, Roman, Greek and Arab items, there are plenty of contemporary works as well including some by Picasso.

Be returned to the port area and your ship when your tour time has ended, or you have option to stay in the city with a return to your ship on your own.