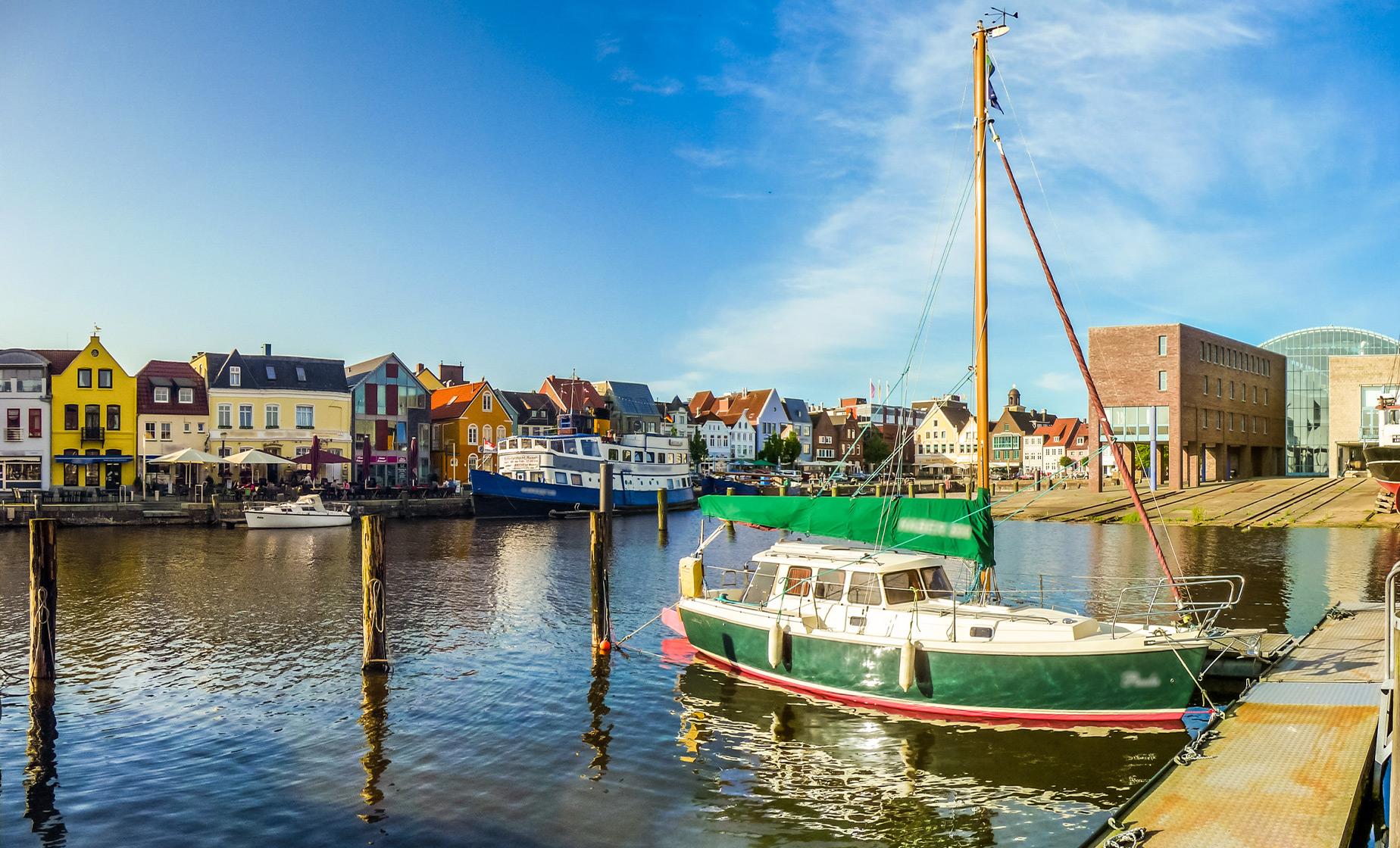 Review This Tour
From $14.00/person to $450.00/person (Select "Individuals" below) Price varies based on number of individuals in your group
Choose Options My Cruise Itinerary
Summary
Shore Excursion Size

Cruise Ship Pier
Food/Beverage Provided Not Included
Recommended Dress We recommend wearing comfortable, weather appropriate clothing and comfortable walking shoes. We also suggest sun protection such as sunscreen, sunglasses and a hat.
Restrictions Guests must be able to walk unassisted on their own, this tour is not wheelchair accessible. Please bring some change in EUR for toilet stops, beverages and for lunch. Please ask your tour guide to arrange for a stop at an ATM if you do not have EUR with you. US dollars are not accepted in Germany.

Originally settled by the Vikings, Kiel was a stronghold of the Hansa in the Middle Ages until the city was expelled from the league in the 16th century for harboring pirates. Later Kiel would be named as the capital of Schleswig-Holstein in 1848 when its primarily German population rebelled against the rule of the Danish king. When Prussia marched to war throughout the 1860s, Schleswig-Holstein and Kiel would then be incorporated into Germany and become the undisputed center of its shipbuilding.

It was in Kiel, too, that the death knell of the German Empire would sound at the end of World War One. Sailors in the city's shipyards, refusing to throw themselves into one last suicidal conflict with the British, mutinied in early November of 1918, starting a chain reaction that would topple the Kaiser and cause the collapse of the German monarchy.

Today Kiel is a seaside metropolis. Mighty ferries and cruise liners from Scandinavia and the Baltic sail in and out of her ports; great ships are constructed in her state-of-the-art shipyards; holidaymakers dot the sands of her beaches, and a vibrant cultural scene spills out onto the wharves and waterfront.

Meet you friendly, English-speaking local guide who will impart their knowledge and genuine enthusiasm for this unique and beautiful city and will help you discover all that this Baltic pearl has to offer. Kiel is easily accessible on foot and this 2-hour walking tour of the city starts at the Ostseekai, directly next to the ship's pier.

Wind your way through the huge ferries docked in the city's Main Harbor before walking toward Kiel's Old Town. Here you will see the stately Town Hall, the Kieler Hauptkirche (central church), the city's Monastery and so-called 'Schloss' (palace) as well as much more.

The tour will end at Kiel's Old Market (an approximately ten-minute walk from the Ostseekai), where there will be plenty of time allowed to explore more of the city on your own if you would like. If you prefer, your guide will happily escort you back to the pier area and your ship.

This exclusive, private tour can easily be custom-tailored to your exact specifications. You can make all the decisions where to stop and where to spend your time.